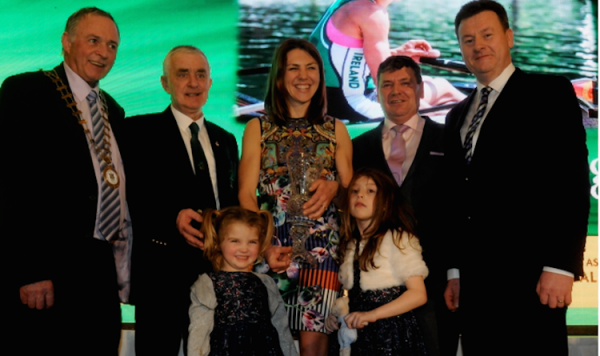 The countdown is now on in earnest for the 42nd Donegal Sports Star Awards which take place in the Mount Errigal Hotel on Friday night.

Tickets for the awards banquet have been selling fast and the committee is urging those nominees who have not already booked to do so now as it appears it will be approaching a full house again for the function.

Chairperson Neil Martin says demand has been brisk since the Donegal Sports Star Awards launch a fortnight ago and is again urging those nominees not already booked in, to do so now.

“We’re very happy with the way things have gone since the launch but there is a huge amount of work for the committee to do so I would just make the appeal now to those nominees who have not yet booked to do so right away as we don’t want to see a situation where someone listed for an award cannot get a seat at the banquet on Friday night,” he said.

“It will also make it easier for the committee if we know early those that are coming in terms making the table arrangements so that as far as possible guests can be accommodated in terms of seating preferences.”

The scene is set for another huge night for Donegal sports people and everyone is looking forward to seeing the special guest Ken Doherty take to stage to make the presentations to the winners and talk about his very successful snooker career.

The schools awards will be made by the Cathaoirleach of Donegal County Council Cllr Gerry McMonagle.

The Local Authority is once again the exclusive sponsors of the Donegal Sports Star Awards.

In the past week the committee has finalised the winners in the 41 categories. Mr Martin added: “Since Christmas it’s been a very busy time for our committee and we’ve now decided the winners in all the categories and once again judging was very difficult in a number of the sports.

“There has been a huge amount of success for Donegal teams and individuals in 2017 and that is reflected in the 180 or so nominations we have received for Friday night’s function.”

Stage set and countdown on to another full house at Donegal Sports Star Awards was last modified: January 21st, 2018 by Chris McNulty