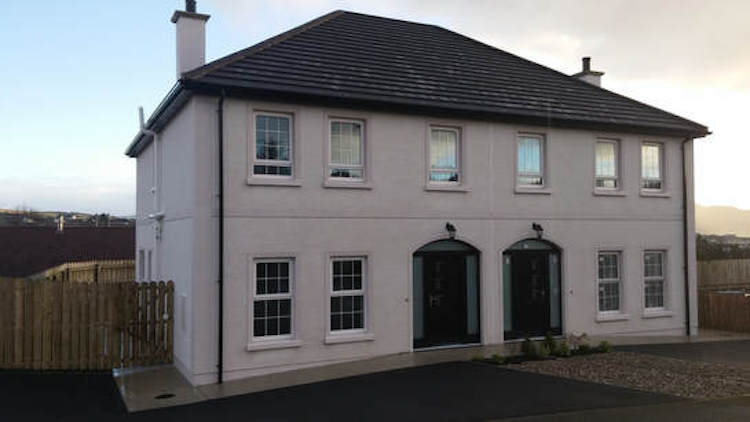 A Donegal soccer club is offering the chance to win this four-bedroom house for just €100!

Top prize is the just-build four-bedroom semi-detached house at Clonbeg, Buncrana, worth a cool €175,000.

Already, tickets have been flying out the door.

Last week, club chairman Stephen O’Donnell sent 12 tickets to Boston, another to Sweden and dozens have already been dispatched to all corners of Ireland.

“About six months ago, we discussed doing something special to celebrate our 25th anniversary. It could be classed as crazy, but we wanted something spectacular,” O’Donnell said. 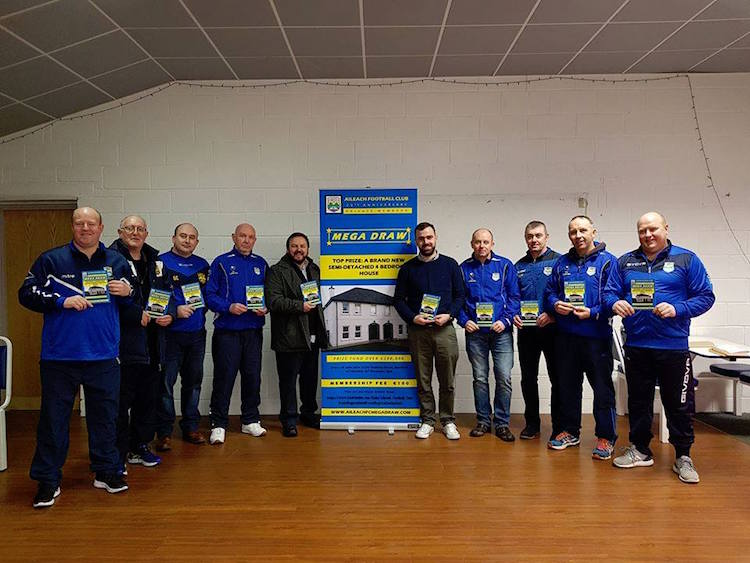 The total prize fund will be around €190,000 with other prizes including a week-long Mediterranean cruise to the value of €2,500.

The draw isn’t being conducted until December 29th and a number of payment plan options are available via the website: http://www.aileachfcmegadraw.com

O’Donnell said: “We know we have a lot of tickets to sell and we have our targets. We have a serious length of time between now and the draw.

“People are saying about a variety of reasons they’re buying them. For example, one mother said she was taking money out of the Credit Union to get one for each of her children.”

Formed in 1993, Aileach are the third youngest club in Inishowen, but have developed one of the finest facilities in the county at the Lakeside.

O’Donnell said: “There has to be drive. If you’re not looking to push on, you shouldn’t be there. We want to relieve the pressure on ourselves.”