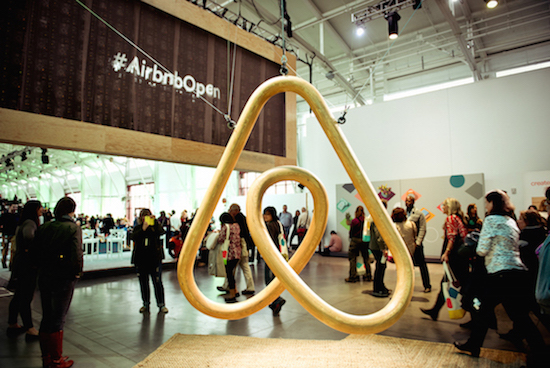 Airbnb finding a new home in North-West for adventurous travellers

Airbnb’s first Irish report has shown the sector has generated more than €23milion to the local North-West economy since 2016.

The sector in Donegal, Cavan, Leitrim, Sligo and Monaghan has grown by 63% in that time.

The percentage of total guest arrivals in the North West grew by 101% this year, with the region being the most popular region for family travellers.

The data shows that every region in Ireland now has at least 400 active spare room and entire home listings, with numbers reaching 8,500 in Dublin County, and the vast majority of hosts (70%) renting out their primary home.

This continued growth in popularity means that more hosts than ever are choosing to share their space with guests and boost their income, with the typical Irish host earning around €3,500 per year and a typical listing was shared for 37 nights.

Earlier this month, Eurostat (the official statistical arm of the European Union) released data that confirmed that Ireland was one of the most popular homesharing destinations in Europe, with roughly 1 in 5 (21%) of Irish residents arranging accommodation with another private individual via an online platform- the third highest in Europe after the UK and Luxembourg.

Key trends from the report:

Hosting on Airbnb is boosting the local economy: Guests on Airbnb spent an average of €111 per day, increasing to an average of €129 in Dublin, with almost half (41 percent) of guest spending taking place in the neighbourhood where they stay. This means a valuable proportion of visitor spending is helping to boost local businesses and spread tourism benefits beyond hotel districts.

Guests using Airbnb want a holiday that is authentic and unique: The vast majority (85%) of guests said they chose Airbnb because they wanted to “live like a local”, and more than three quarters (80 percent) said they chose a listing on Airbnb because of the specific amenities it offered. The huge variety of listings available means there can be something for everyone, at a price that suits, and in the specific area they choose.

The number of Irish residents travelling on Airbnb in Ireland has almost doubled: Airbnb was used by 676,000 Irish guests over the last year and the number of Irish guests that chose to travel domestically grew 98 percent. The continuing rise in popularity of the staycation means that Irish guests are getting to explore more of the country they love and call home.

Aisling Hassell, Ireland Site Lead and Global Head of Customer Experience, said:
“Ireland’s vibrant communities and unique hospitality have continued to bring more visitors to the country than ever before, with hosts right across the country benefiting from record breaking growth in guest arrivals on Airbnb. From Westmeath to Wexford, millennials to seniors, and castles to treehouses, there’s something for everyone on Airbnb. Hosts in Ireland are true ambassadors for their neighbourhoods and we look forward to seeing many more guests from around Ireland and the world discover the unique and welcoming homes on Airbnb.”