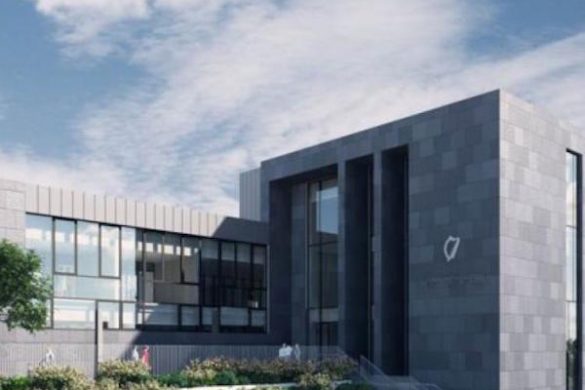 A three-year-old child escaped being hit by nails fired from a nail gun by just inches when a gang attacked a Co Donegal home.

The child was sleeping at his home in Letterkenny when his house was attacked by a gang of men.

The men had been ordered by another man to visit the home of Donal Coyle at Glencar Park on November 6th, 2006.

The men smashed up the home of Mr Coyle and his partner, breaking six windows before shooting nails around the house using a Hilti nail gun.

The man who ordered the attack, Marcus Spratt, appeared at Letterkenny Circuit Court today charged with the possession of an offensive weapon, criminal damage and making threats to kill.

Spratt, who was aged 24 at the time, was later arrested and appeared at Letterkenny Circuit Court in July 2012 where he pleaded guilty to the charges.

However, when he was due for sentencing on July 19th, 2012, he failed to appear.

Following a long-term investigation, Gardai last week travelled to London and arrested Spratt at Heathrow Airport and brought him back to Ireland on a European Arrest Warrant.

Barrister for Spratt, Mr Ivan Toner told the court that his client believed that Mr Donal Coyle has attacked his van.

He foolishly responded by calling people in Derry who visited Mr Coyle in his home and attacked the house.

Spratt, of Gortnacorrib, Letterkenny, denied that he had been present at the house when it was attacked but was in another village, Convoy.

He added that he was horrified when he later learned that there was a young child in the house when it was attacked by the gang under his orders.

A victim impact statement on behalf of Mr Coyle was handed into the court by state prosecutor Ms Patricia McLaughlin.

Barrister Mr Ivan Toner said that Mr Coyle and his client had since made up and that Spratt had since been living a successful life in London.

His ex-partner, Ms Lyndsey McClelland had facilitated him in bringing the couple’s two sons to London and on holiday in Disneyworld, Legoland and Lanzarote.

The court was told that Spratt said there were “certain issues” as to why he could not hang around and be sentenced.

The court was also told that Spratt had produced €2,000 as an offer of compensation to Mr Coyle and his family.

Judge John Aylmer adjourned the matter until Friday for sentencing.