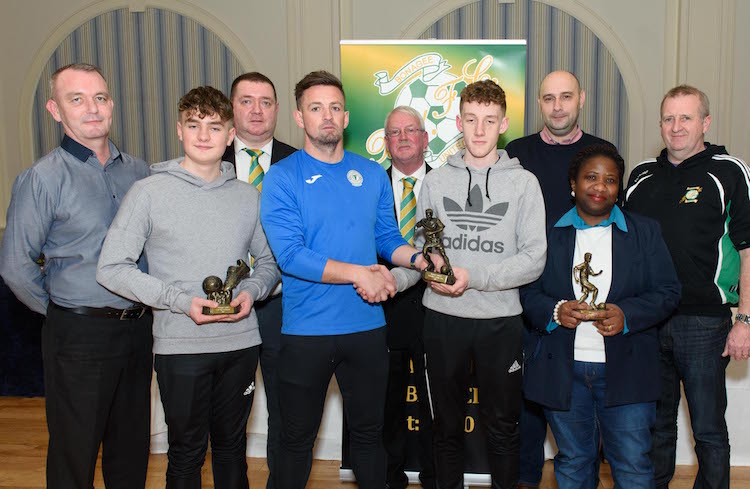 A capacity crowd was in attendance as McHugh handed out the awards, while Bonagee Chairman Donal Coyle also addressed the audience.

McHugh scored 186 goals in 439 appearances for Finn Harps during an 18-year senior career. Only Jonathan Minnock has played more times for Harps and only the great Brendan Bradley has scored more goals for the club.

McHugh now manages the Finn Harps Under-15 team and still plays in the Donegal League with Kildrum Tigers.

McHugh proved a popular hit with the young Bonagee players.

Clive Wasson was on hand for photographs… 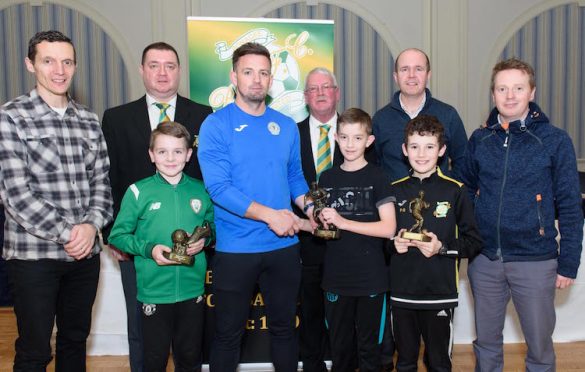 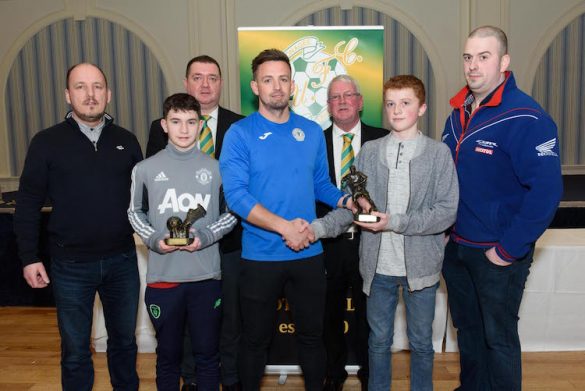 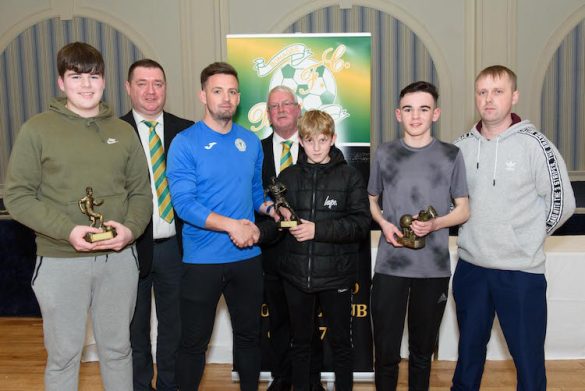 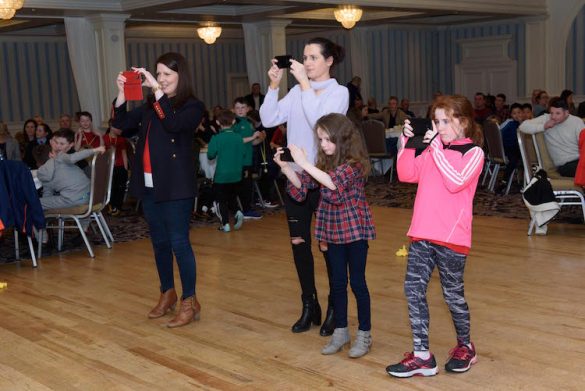 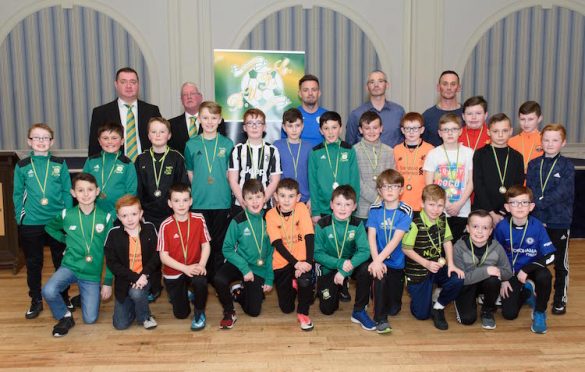 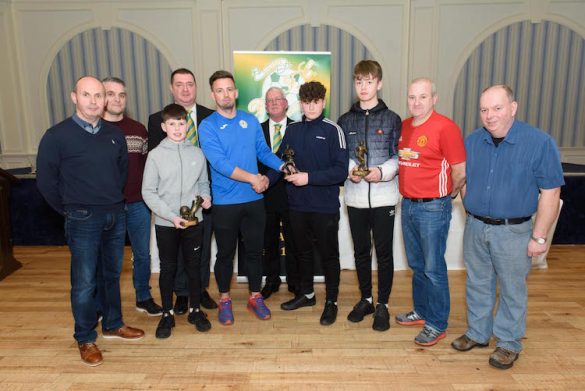 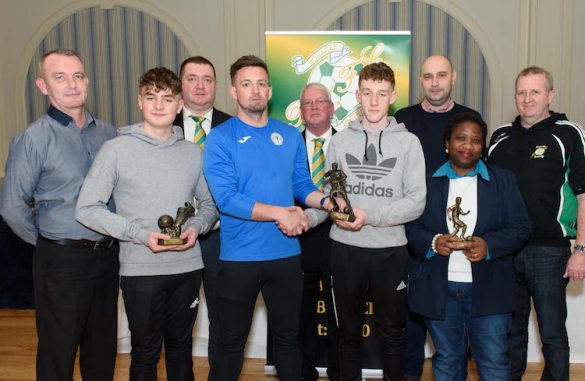 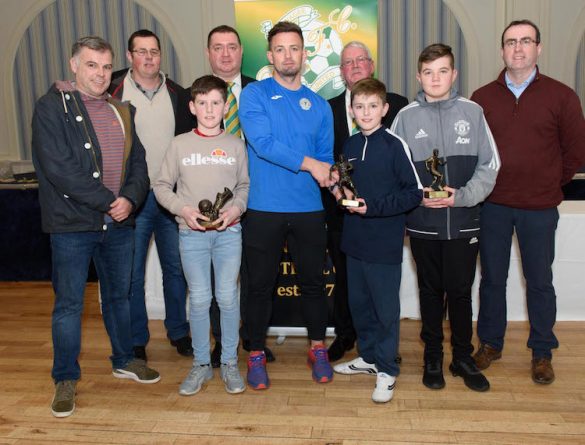 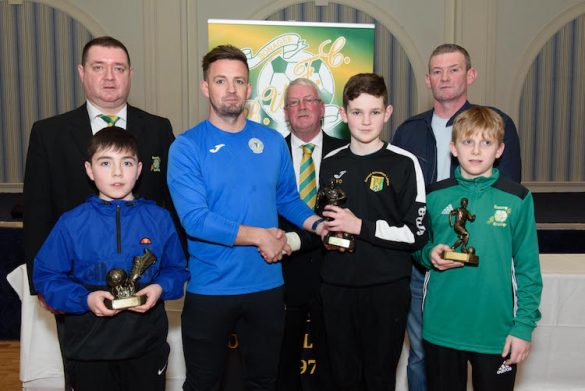 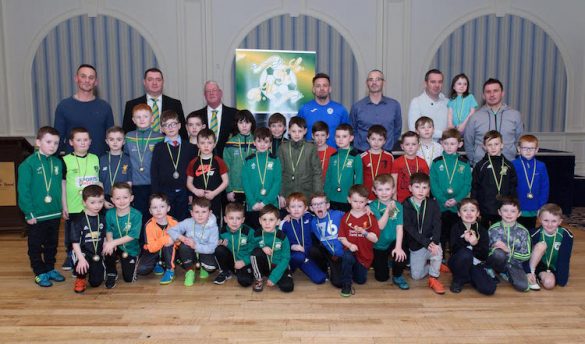 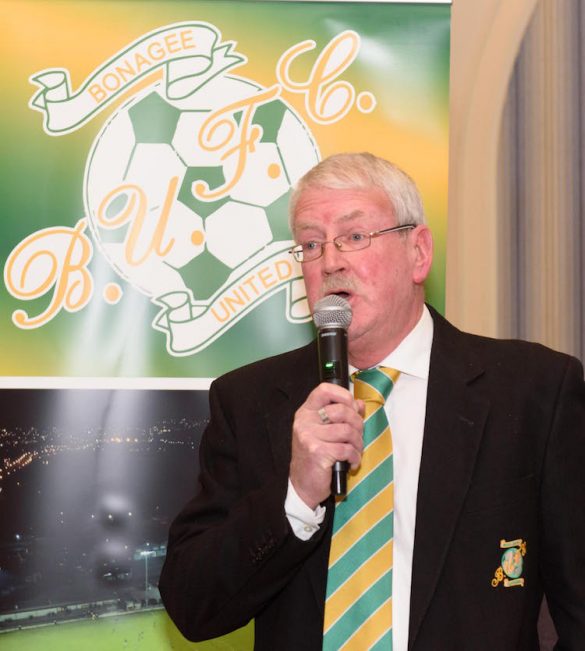