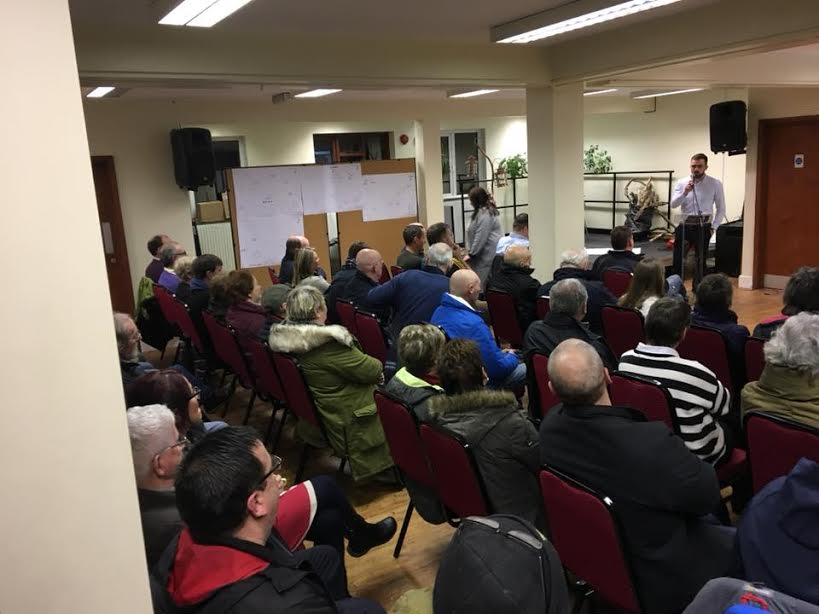 Cathaoirleach of the Inishowen Municipal District, Sinn Féin Councillor Jack Murray, has said that last night meeting was a significant stepping stone in the campaign to have Swan Park restored.

Around 100 people attended the meeting which was addressed by representatives from Crana Fest, Buncrana Chamber of Commerce, Buncrana Tidy Towns, Buncrana Anglers Association and the local historical society.

Speaking after the meeting, Cllr Murray welcomed the response from the community;

“I was really heartened to see the strong community response at the public meeting. It sends out a very clear message that the people of this area will not tolerate any more delay in having Swan Park restored.

“The various speakers outlined why Swan Park is so important in such a wide variety of ways, historical reasons, business, community, leisure and tourism – Swan Park is important to everyone.

“The message coming from all those present was one of unity and determination to have the park fully restored.

“It was agreed to establish a Save Swan Park committee and for a petition to be collected.

“This is an issue that is not going to go away. The community is now exercised and will continue to lobby until this much loved local community – used to by all – is restored to its former beauty.”