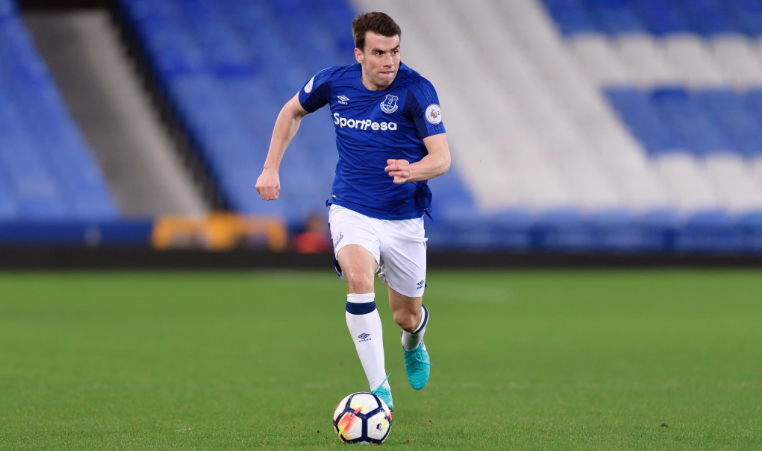 “It was great to feel like a footballer again” – Seamus Coleman

Seamus Coleman says he felt ‘like a footballer again’ last night as the Killybegs man made his return from injury.

Coleman lined out for the first time in 10 months when he played 58 minutes of Everton’s U23 win over Portsmouth in the Premier League Cup at Goodison Park.

The 29-year-old right-back hadn’t played since breaking his leg while playing for the Republic of Ireland against Wales last March.

After training last week with Everton’s first team, Coleman was finally back in the Toffees’ shirt last night.

“I enjoyed the game,” Coleman said.

“It was great for it to be here at Goodison Park – it made it that little bit more special. They tried to change the game when I could be involved and thankfully they have been able to do it.

“To be able to walk out the tunnel and see the stadium was great. I managed to get some minutes under my belt and that was fantastic. I treated it like a first-team game and gave it everything.

“I’ve been looking forward to that moment for the last few months – just being able to get the kit on, doing up the shin-pads, rolling my socks up and walking out there. It was great to be able to feel like a footballer again – it’s a fantastic feeling.”

Coleman was replaced by Nathangelo Markelo just before the hour.

A brace by Basal Sambou and another by Nathan Broadhead gave Everton a comfortable win.

He said: “It’s just a case of going game by game now.

“For now, it’s get back into training and try to impress the manager by working hard and fingers crossed, it wont be long before I am back out there.

“Training has been going great so far. I have enjoyed every second and I am just thankful to be back out there.”

“It was great to feel like a footballer again” – Seamus Coleman was last modified: January 27th, 2018 by Chris McNulty
Tags:
evertonKillybegsseamus coleman