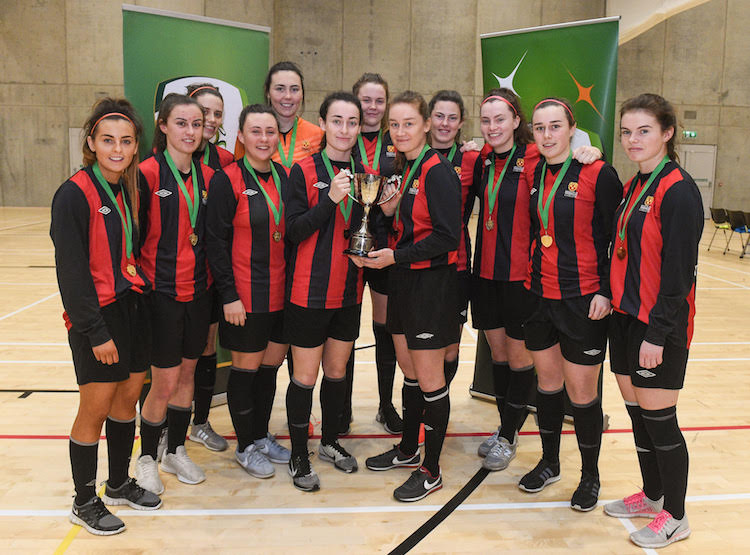 Roma McLaughlin inspired IT Carlow won their third successive RUSTLERS CUFL Women’s Futsal Cup with a thrilling display in the finals at the WIT Arena.

Fresh from WNT duty in Portugal, the Greencastle woman was unstoppable at times as she scooped the Player of the Tournament award after four goals and four assists from three games.

In their opening game against South-East rivals Waterford IT, it was McLaughlin that opened the scoring before teeing up Lauren Dwyer and Rachel Graham to extend the lead to 3-0. Further goals from Megan Lynch and a penalty from Amanda Budden made the final score 5-0 and three points on the board.

In their second tie against Maynooth University, their CUFL Women’s Premier Division Semi-Final opponents next month, they produced the same result with five more goals added to Carlow’s tally with McLaughlin (2), Graham, Dwyer and Kane the providers.

In their final game against IT Sligo, McLaughlin opened the scoring again before turning creator for Graham and Lynch, with Lynch adding the finishing touches to the 4-2 win with an excellent individual effort.