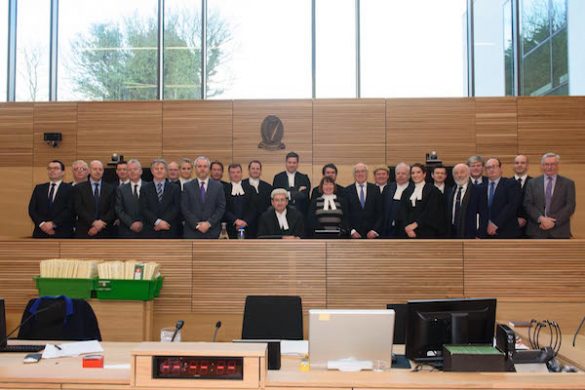 Donegal Circuit Court Judge John Aylmer has officially marked the first sitting of the criminal circuit court in Letterkenny by thanking everyone who worked in making the building a reality.

Judge Aylmer, who recently succeeded Judge John O’Hagan, thanked everyone including the court staff and those in the Department of Justice for their co-operation.

He said the county needed a new courthouse to conduct its business as the old court located at Justice Walsh Road had become “unsuitable.”

“This building is long overdue and the facilities in the old building had become unsuitable long since. The practitioners and the people of Letterkenny and Donegal deserved better and I am now pleased to see they have better,” he said.

Judge Aylmer said he was sure there would be more fulsome speeches when the court hosted its open day on February 12th next.