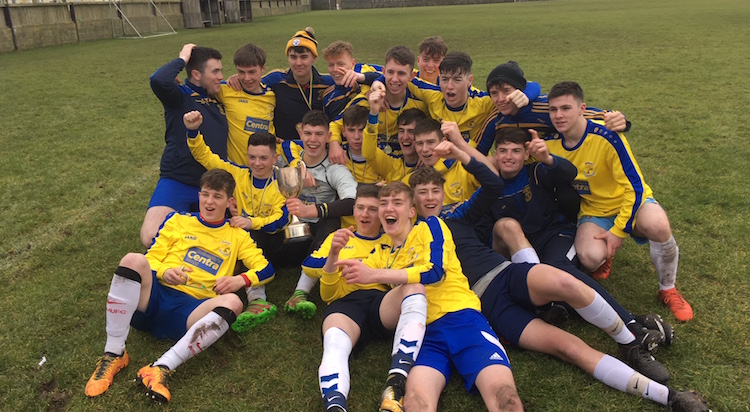 The only goal of the game arrived in the 72 minute. After Cade Cooke was fouled 25 yards from goal, McBride stepped up and saw his deflected free whizz beyond the St Columba’s goalkeeper Joe Boyle.

It proved the decisive moment in a game that had been bossed by Martin Cavanagh’s Carn.

The Carn scholars were inches from the lead in the first minute as Connor Farren struck the post with a snap-shot after a Corey McBride free wasn’t dealt with.

McBride fired wide himself before Jack Doherty headed narrowly over as Carn probed with real intent. 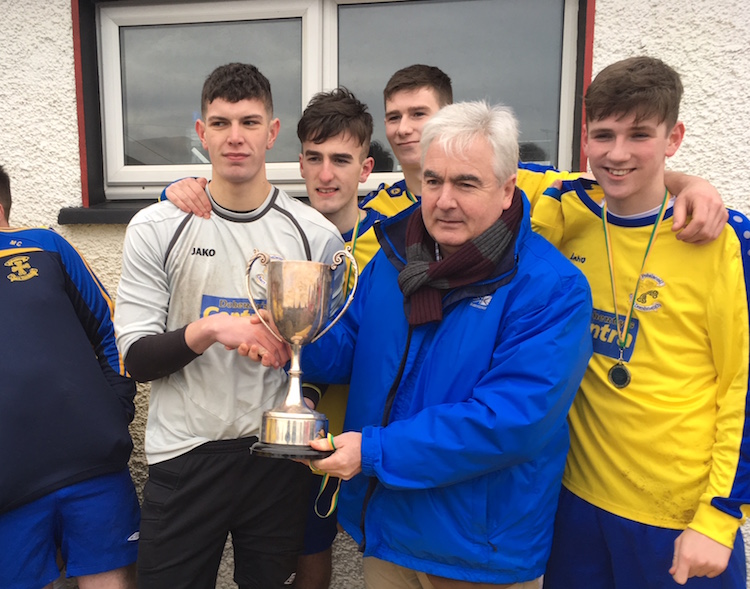 St Columba’s ‘keeper Boyle was at his best to deny McBride’s volley and it took a brave block by Oisin Gallen to keep Jake Harkin at bay.

Early in the second half, Boyle brilliantly saved from McBride who had got on the end of a Jack Doherty cross.

The second half had already seen two chances for Conor O’Donnell, but he was intercepted by Luke Gavin and his second attempt flew off target from 25 yards. 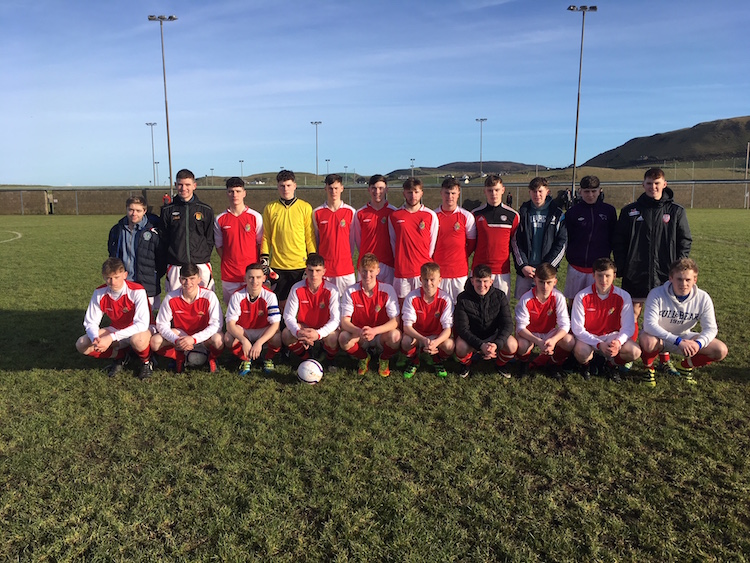 Late in the game, Oisin Hession headed wide of the far post after a McBride delivery.

By then, Carn had taken the lead and it was the Inishowen men’s day.