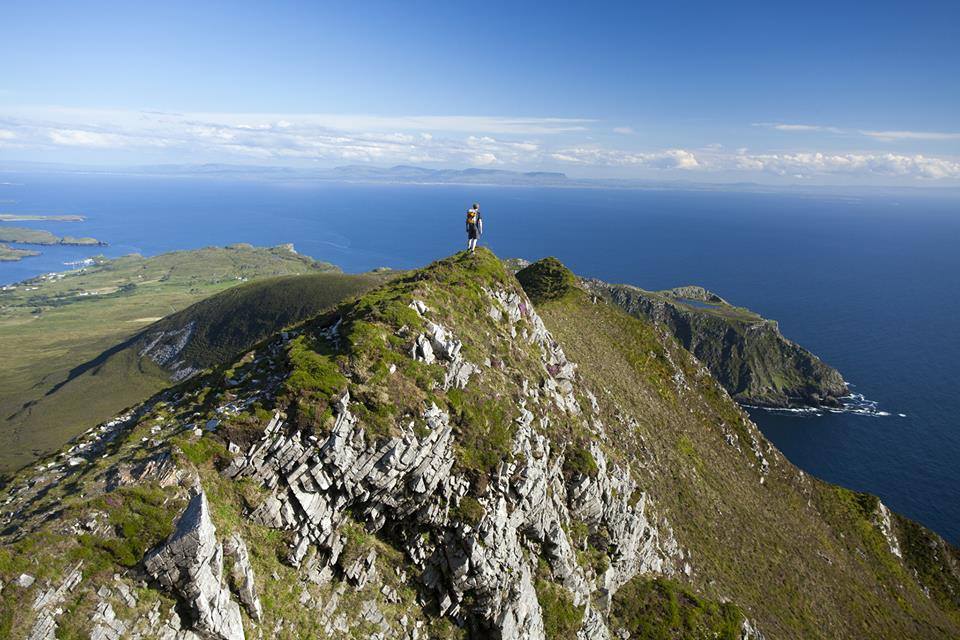 Donegal was well represented in the Irish Independent’s Reader Travel Awards for 2018.

Commenting on Slieve League, a reader said: “In my opinion more beautiful than the Cliffs of Moher, and it feels untouched.” Another reader commented that the Bundoran fairy bridges is home to “Bundoran’s own wishing chair.”

Slieve League’s towering 600 metre cliffs make it the ultimate destination for adventurers of all sorts, and it’s easy to see why they’ve been named the most magnificent marine cliffs in Europe!

The striking sea stacks that make up the Fairy Bridges at Tallan Strand in Bundoran have been a tourist attraction since the 1800s, with many taking the chance to sit on the famous Wishing Chair during their visit.

Ireland’s top tourist attraction was revealed as the scenic 2,500km Wild Atlantic Way, with the Slieve League Peninsula also securing a place on the list.

Donegal was named the fifth favourite place for Irish people to holiday at home, with Galway topping the poll.

Last year, the Murder Hole beach on the Rosguill Peninsula was named Ireland’s top hidden beach for its breathtaking scenery and secluded location.