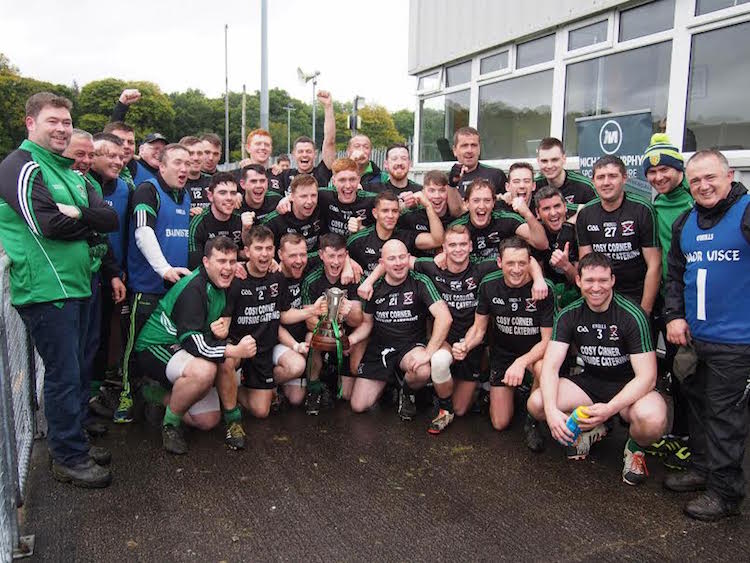 Goals proved to be the difference between these two provincial champions in the All Ireland junior hurling semi final in Navan this afternoon and Setanta’s tendency to leak them cost them dearly.

By Tony Ryan in Navan

There were two key scores in the first half of this hard fought encounter at Pairc Tailteann and the initial one came from the recently acclaimed Deise young hurler of the year James Flavin in the 18th minute when he worked hard to score a settling goal for Ardmore and give them a 1-3 to 0-4 advantage over an up to them very threatening opposition.

Former inter County player Seamus Prendergast gave Ardmore a perfect tonic ahead of playing into the strong wind after the break when he netted in the second minute of added time to establish a healthy looking 2-8 to 0-5 lead for his side.

Setanta depended on Bernard Laftery, Declan Coulter and Kevin Campbell in that first period for their scores but Ardmore custodian James O Donnell was never in danger between the posts.

Heading into the final quarter, Ardmore maintained their 0-9 advantage on a score of 2-11 to 0-8 with the influential Seamus Prendergast accurate free taking accounting for their increased tally.

Seamus Keating and the Hennessys Niall and Richie were outstanding in the Ardmore defence and the game was finally decided in the 53rd minute when David Gartland finished a pinpointed pass by Prendergast to the net.

Outstanding on a Setanta team that tried to the final whistle was their midfield pairing of former Galway minor Danny Cullen and Niall Cleary.

Ardmore will now play Leinster champions, St. Mogues of Fethard, Wexford in the All Ireland decider next weekend.