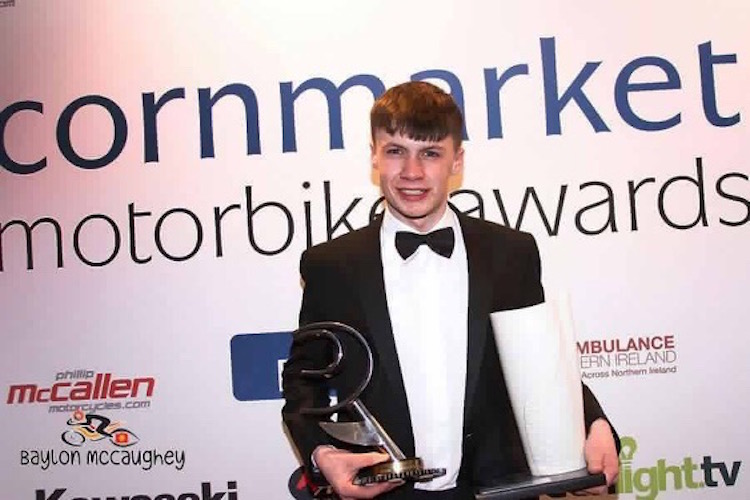 It was a was a great honour for the 17-year-old student as the awards recognise the achievements of Ireland’s top riders at home and across the water competing against Britain’s top riders in the Prmier motorcycle series in the UK.

The panel of judges was made up of Ireland’s top motorcycle racers who have won and competed at world level and top road races – Jermey McWilliams, Brian Reid, Gordon Crockard, Philip McCallen, Adrian Coates and Michael Swann, some of the top riders the country has ever produced.

It was a great boost for Kerr ahead of the 2018 season which sees the likeable Donegal lad enter the 600 supersport class.

Richard said it was great to win as most people at home don’t realise the standard and quality of riders competing each weekend and thanks all his sponsors for their continued support.

World champion Jonathan Rea won the rider of the year