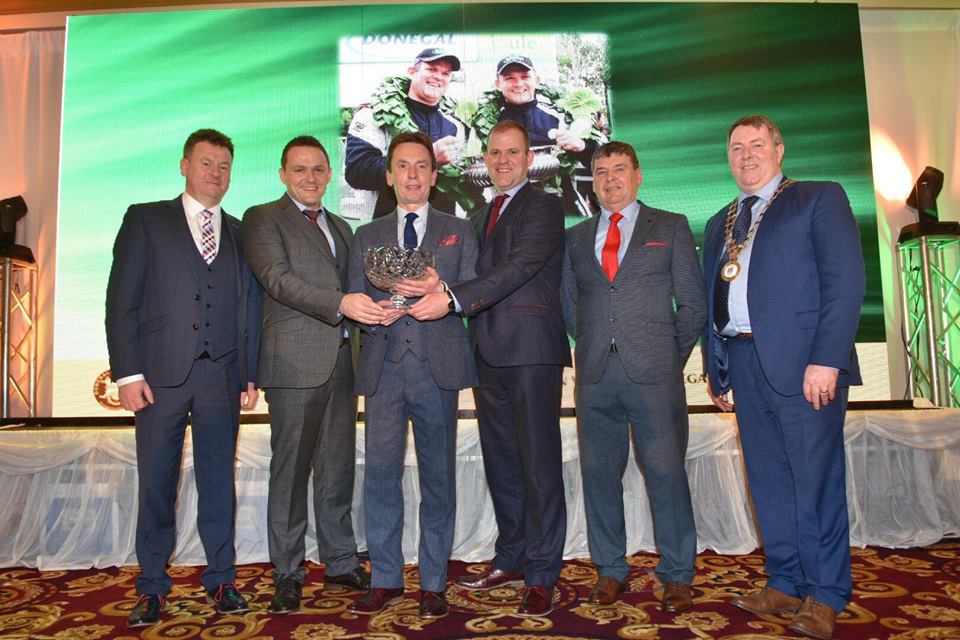 Manus Kelly and Donall Barrett were last night crowned the 2017 Donegal Sports Stars of the Year and have vowed to come back as strong as ever in 2018.

Kelly and Barrett won their second Donegal International Rally title in a row when they guided the Melvyn Evans-prepped Impreza to glory in June.

They became the first Donegal crew to win the rally twice and the Donegal Sports Star Awards committee honoured them with the overall award last night at the Mount Errigal Hotel.

“We are overwhelmed by getting the award. It’s an icing on the cake,” Kelly said.

“2016, after everything that happened, was amazing and a great clawback. It was hard to relive that feeling, but 2017 was something else. It was a real battle.”

His trusted companion and co-driver Barrett added: “It’s kind of surreal. We didn’t expect this at all. To win this is very special.”