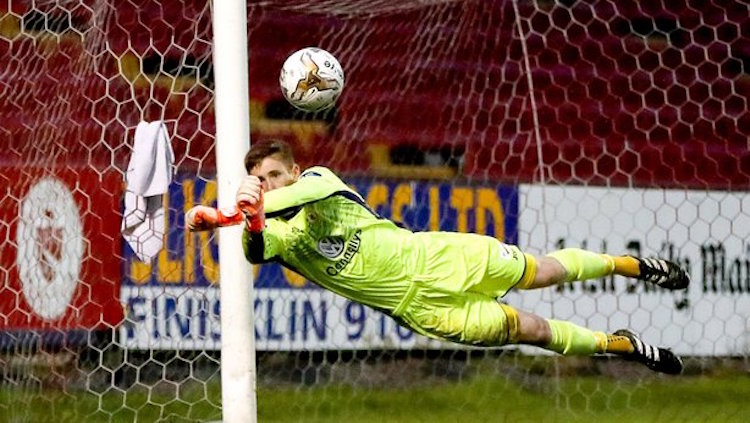 Patton is following a similar path to Blake.

In 1994, Blake was the reserve goalkeeper at Sligo Rovers when the Bit O’Red won the treble in the League of Ireland. He went on to make the Donegal number 1 shirt his own and is a multiple Championship winner with St Eunan’s.

Patton might have played just two games of Gaelic football – with St Eunan’s in the 2014 Ulster Club Championship – in recent years, but the Letterkenny man accepted the call-up from Declan Bonner, after leaving Sligo Rovers at the end of 2017.

“Shaun’s pattern and my own are very similar,” Blake says of Patton, who made his Donegal debut earlier this month in the Dr McKenna Cup win over Monaghan in Clones.

“He’s great with kick-outs and has a good pair of hands on him. He’s a great communicator and he will go from strength to strength in the Donegal set-up.

“He is a quality goalkeeper. I had him at Bonagee United when I was coaching there. He was only around 16 at that time and you could see he was a quality ‘keeper. His attitude is brilliant. He is always eager to learn.

“The first thing to look for when you’re coaching goalkeepers is how they can come and ask you certain things to develop or improve. Where you can have a discussion about the art of goalkeeping is fantastic. Shaun is very good like that.”

Patton had offers from elsewhere in the League of Ireland. Finn Harps manager Ollie Horgan wanted his signature and his head could have been turned when John Caulfield, manager of current League champions Cork City, came calling.

But Patton opted to throw his oar in with Donegal for 2018.

Blake said: “It was a very brave move by Shaun. Sometimes you need a change. Shaun has been at Finn Harps, Derry and Sligo. 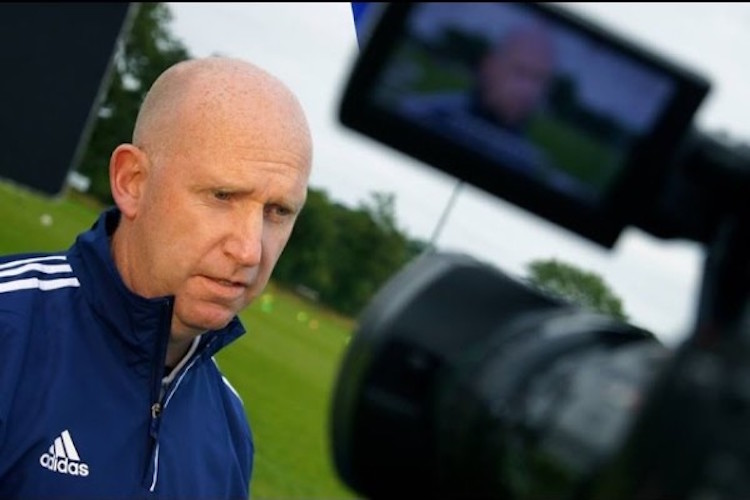 “You can get tired after a long soccer season and maybe he just needed to rejuvenate himself. He has his foot in the door and he has a chance. Declan has a top quality goalkeeper on his hands there now.”

Mark Anthony McGinley also came into the Donegal set-up after a spell in the League of Ireland, while Paul Durcan and Michael Boyle were on the books of Finn Harps.

Blake said: “Mark Anthony made the transition easily. When you’re an experienced goalkeeper from the League of Ireland, to come across codes isn’t too difficult. You have the experience and you know what’s needed. Declan has three quality goalkeepers there now and they will all push each other on.”

He said: “Coming near the end of my career with St Eunan’s, Neil Campbell came in to work with the goalkeepers. Brendan Kilcoyne was the manager at the time and I asked him to get someone in to do drills with me and have a talk with me.

“With Donegal, there was nothing when I first went in. We were working with the other players, doing the dogged runs and all.

“It was in around 2002 or 2003 when Brian McEniff brought Gary Walsh in. for me I had my best campaign in 2003 and it was no coincidence that that was because Gary had come in at the same time.

“What you do with goalkeepers in training has to be realistic to game situations. You have to have the intensity of a game and you also need to analyse the performance. You need to adapt to suit something from a previous game. You’re coaching them, remember, not just training them. There is a difference.”

The game has adapted so much from when Blake used to aim the O’Neills in the general direction of the likes of John Gildea, Jim McGuinness or Paul McGonigle.

He said: “It used to be a case of banging it out and letting midfielders battle it out.

“Possession now from kick-outs is vital. There are people who will say that variety of kick-outs is vital. It can’t be variety. You can take three short where you retain possession, go down the field and kick three points. But you think then to vary it, you fire it down the middle, the other team wins it and comes down for a goal.

“You don’t take any chances. You just make sure you get the ball to your own players.”