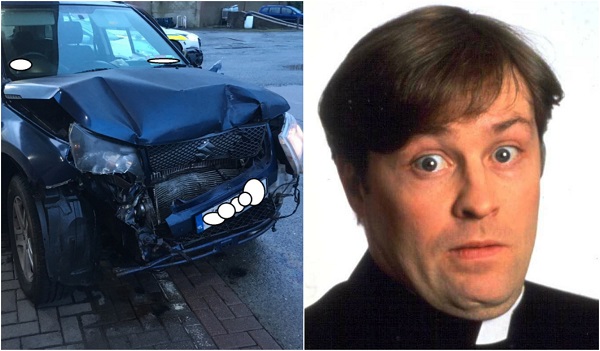 The Garda Twitter page is well known for their humorous quips about driving mishaps.

A car seized by Donegal Gardaí this weekend is like something straight from a Father Ted episode when the driver was shocked to discover a ‘small dent’ on their car.

The front of the Suzuki has seen better days, with the driver also being caught for being on the road without insurance. 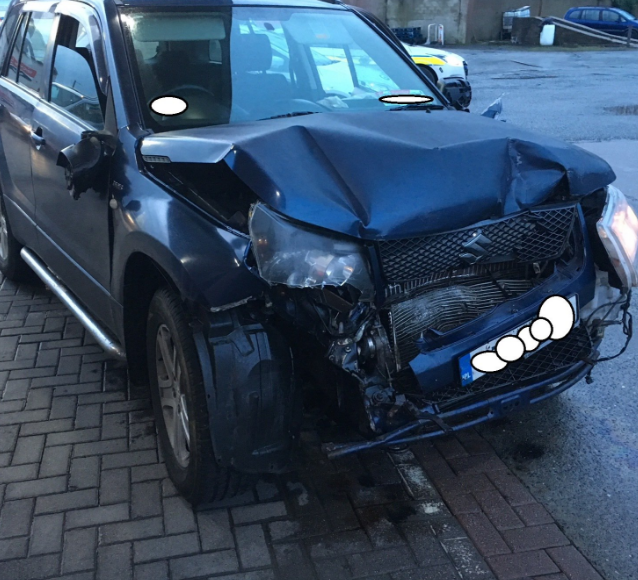 Gardaí tweeted the picture saying: “God Ted look at that…..there’s a dent in the car.”

The scene is reminiscent of the episode where Ted and Dougal attempt to hammer out the ‘small dent’ on Ted’s car.

We imagine the DIY repair job went something like this: