Alex Hughes was the winner of the Donegal Youth Masters in John Eoinin’s, Glencolmcille today.

A great standard of darts was played throughout the tournament.

Hughes won in an close final with Owen Carr.

Owen took an early lead going 3-0 up before Alex replied taking the forth leg.

Owen reasserted himself in the fifth to go 4-1 up and one leg away from the win.

The sixth leg was very close with Owen missing two match darts at double sixteen before Alex hit double 4 to make it 4-2, going on to win three legs in a row to win 5-4. 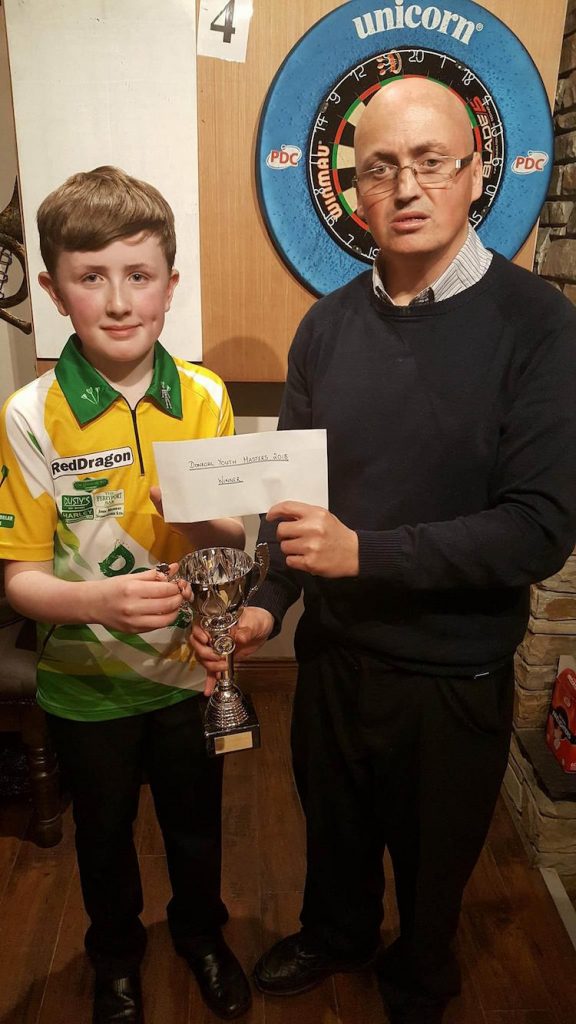 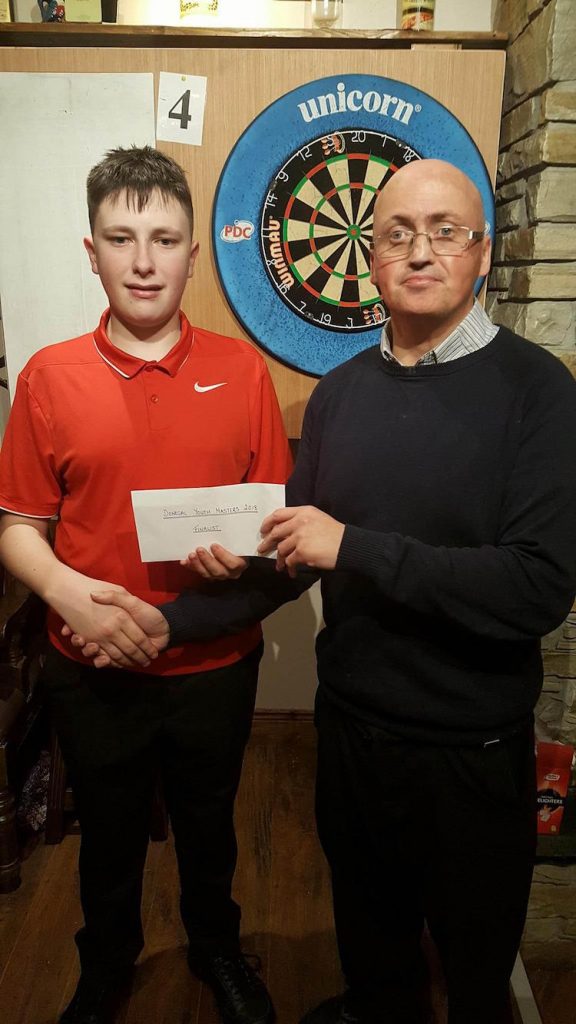 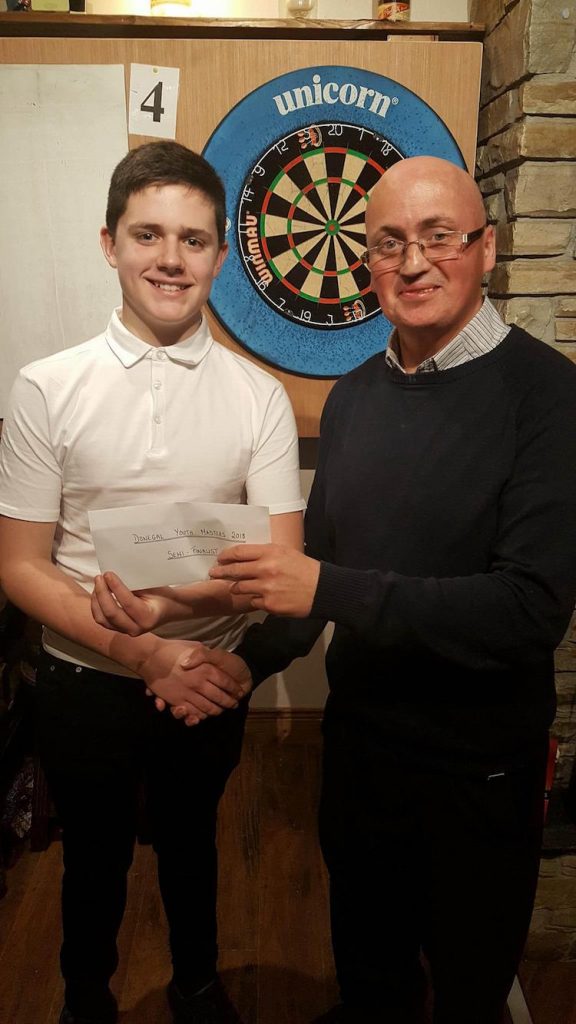