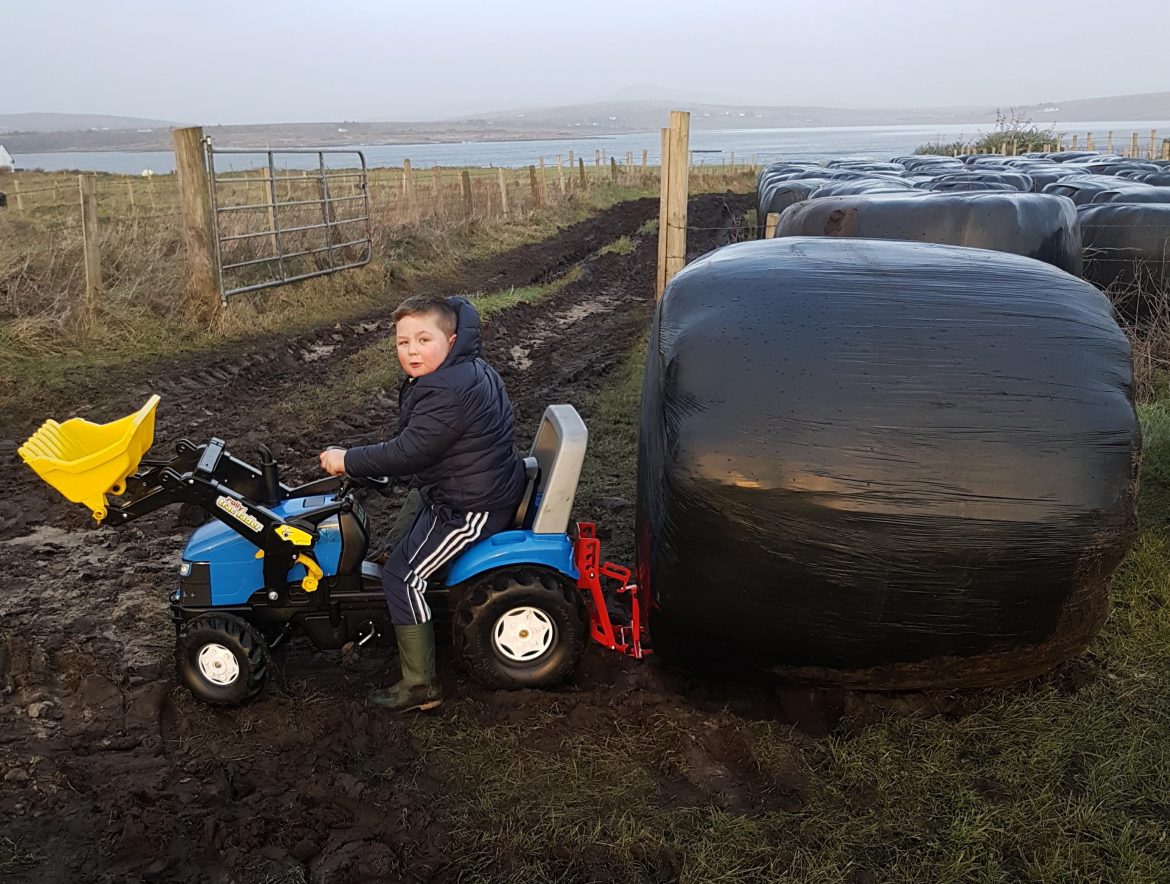 Ethan Gillespie from Marameelan, Dungloe, was hard at work this weekend helping his neighbour out around the farm.

5-year-old Ethan is “tractor mad” and not only towed neighbour Paddy Solan’s slightly larger tractor when he ‘herd’ he got into a spot of bother, but then went back to his workshop and got his brand new bale lifter to help Paddy move the round bales! 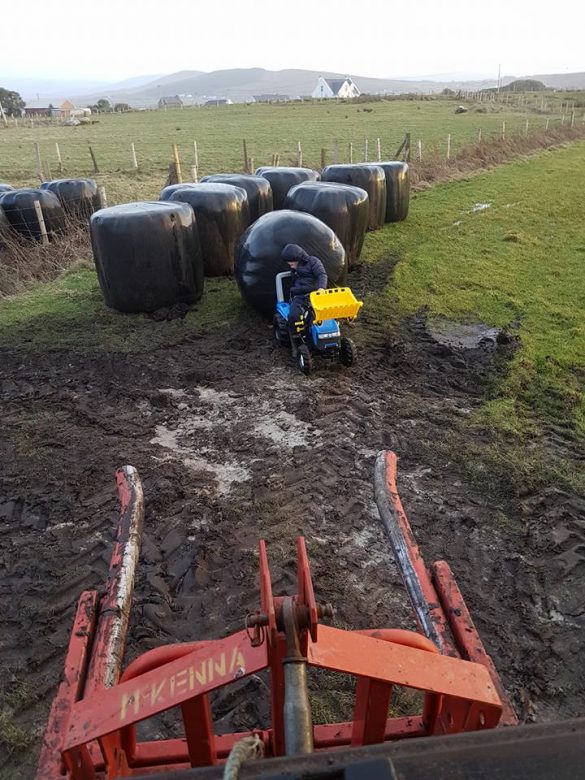 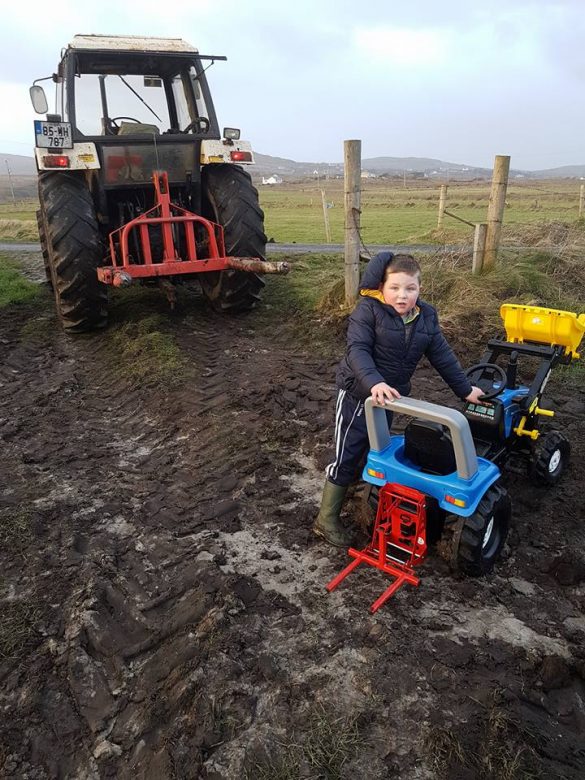 “Ethan is 5 although in his own head he’s 50, he believes himself he is Marameelan’s biggest farmer and all the locals are mad about him ,” she says.

“He actually sits on a wee rock after school waiting for Paddy to pass the house heading for the field to see what he can help with!

“His best friends are Paddy Solan, Paddy’s dad and sister Charlie and Caitriona, John Neil (Big John as he calls him) and Pat Joe. Apart from Paddy these guys are all over 60 but he’s mad about them all!”

A busy man, his tractor and bail lifter are on the go constantly as Ethan has a few herds of cattle to look after – including his very own imaginary cattle!

“His daddy has cows at his home place in Sheskinarone but when he’s not there he looks after his own in Marameelan!” 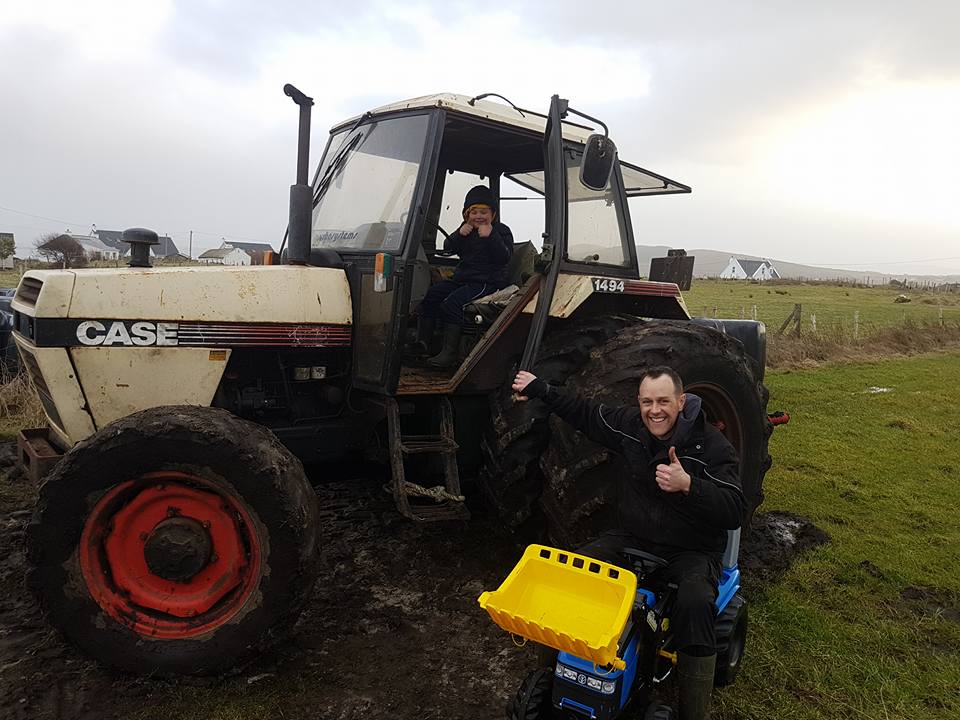 Ethan and best pal Paddy had a go at swapping tractors!