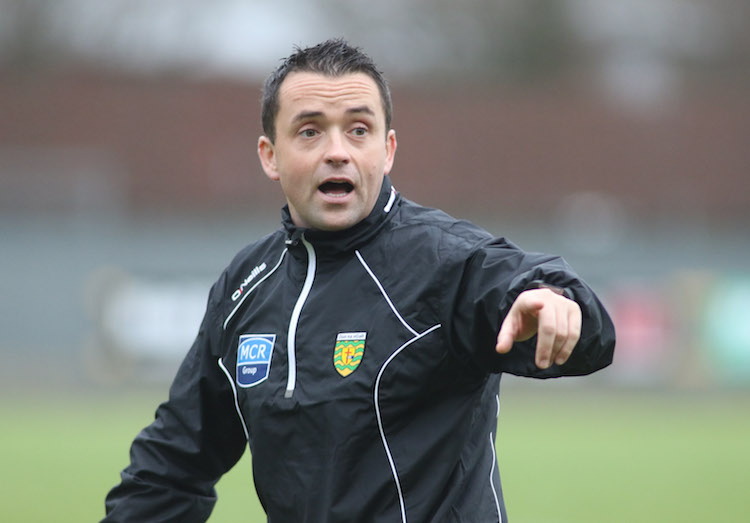 Maxi Curran opted to look on the bright side after Donegal ladies lost out to Dublin at O’Donnell Park this afternoon.

A 2-5 to 0-7 loss to the Dubs saw Donegal begin their Lidl National Football League campaign with a defeat, but Curran, joint manager with Damian Devaney for 2018, wasn’t too downbeat.

“You’re never happy to lose, but Dublin have been in four All-Ireland finals in a row,” Curran said.

“The level of inexperience versus the level of experience was there to be seen. They made less errors and we kicked a side of ball away.

“I thought we defended well for the majority of the game. Everyone talks about the forward line but that was the unit that let us down today. Maybe that’s reflective of the amount of time we spent trying to shore up at the back.”

Donegal shipped two soft goals in the first half to Niamh McEvoy and Rebecca McDonnell and Dublin were able to hold on.

Curran said: “We do take a lot of positives out of it. There are more plusses than minuses. it will be a good learning curve for us.”