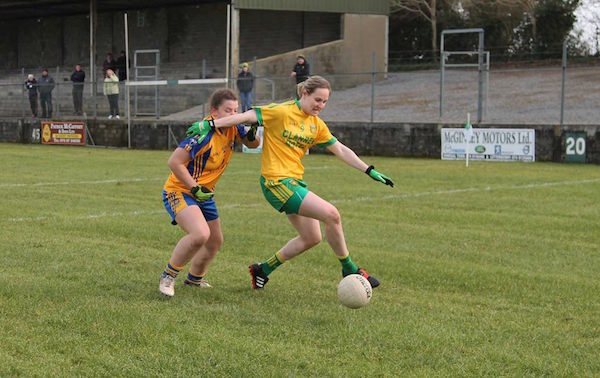 Listen: Skipper Karen Guthrie ‘not too downhearted’ with loss to Dublin

The concession of two first-half goals proved fatal for Donegal as All-Ireland champion Dublin left with the win.

“It’s day one of a nine-month year,” Guthrie pointed out.

“We’re not too disappointed. They were in four All-Irelands and we won’t get too downhearted. Wee mistakes with the wind, which was hard to judge, were all that was wrong.

Donegal, now under the management of Maxi Curran and Damian Devaney, introduced several new players to the squad today.

Guthrie said: “It’s a nice balance. There’s youth to keep us on our toes and bit of experience to keep them right. Maxi has brought a whole new dynamic to the way we work and we’re working hard at it. It’s nice to be part of something like that.”