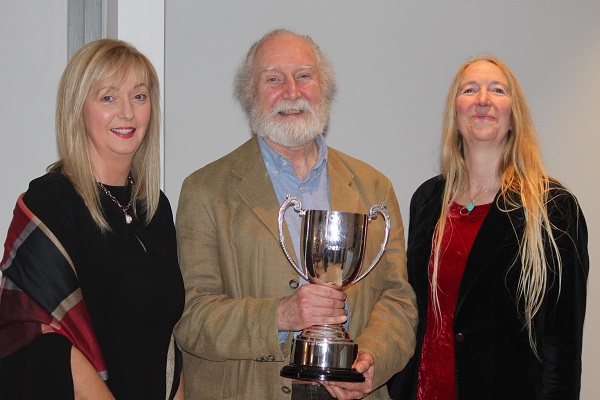 Noel’s friend David Gepp accepted the trophy on his behalf at the prizegiving at Florence Food Co. on Thursday.

The award was presented by Brid Lindsay, Aurivo, and competition judge Kate Newman.

The shortlist for the competition was as follows:

A spokesperson for North West Words says: “Thank you to everyone that made our poetry awards so enjoyable tonight. To Kate and Joan Newmann who are such steadfast supporters of North West Words. To the shortlisted poets, both those who could travel to be with us, and those who couldn’t – thank you for the pleasure of your poems. To Donegal Creameries for their much appreciated sponsorship, and to Florence Food Co our host cafe (their staff and owners).”