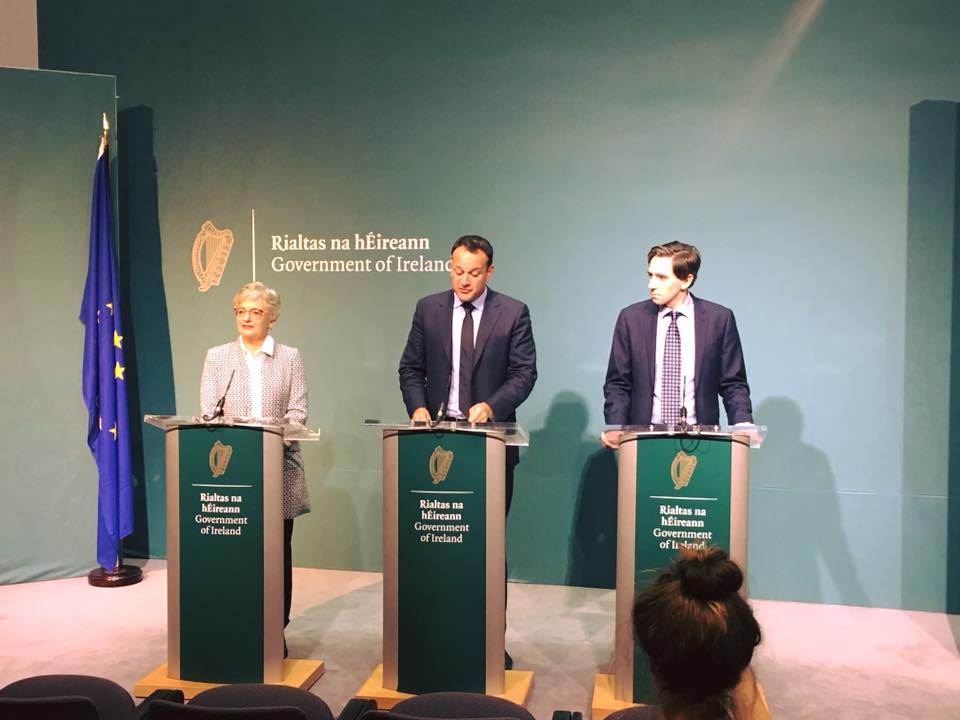 ‘Change is now in our hands’ – Government approves abortion referendum

The Cabinet has unanimously approved the decision to hold a referendum on the Eighth Amendment, which will take place at the end of May 2018.

A late Cabinet meeting tonight has agreed that the referendum will ask the people whether they want to retain the Eighth Amendment of the constitution, or repeal it and enable the Dáil to legislate on abortion.

Taoiseach Leo Varadkar clearly stated that he will advocate for a Yes vote in the referendum. ‘Safe, legal and rare’ is the planned approach for abortion in Ireland announced by Mr Varadkar tonight, should the repeal be passed.

Mr Varadkar said: “We know that thousands of Irish women – from every county in Ireland – go abroad for abortions every year. We know that many women are obtaining abortion pills through the post to end their pregnancies. So we already have abortion in Ireland, but it is unsafe, unregulated and illegal.”

“We cannot persist with the situation where women in crisis risk their lives with unregulated medicines.”

He added: “I believe this is a decision about whether we want to continue to criminalise and stigmatise our sisters, our co-workers and our friends or whether we want to take a collective act of leadership to show empathy and compassion.”

Mr Varadkar said the issue ‘can never be explained in black and white’ and that his personal views have evolved over time.

He said that while he was Minister for Health, he became convinced that abortion had “no place in our Constitution.”

“It is a matter for people to make their own decision based on the evidence they hear, compassion and empathy and I want the debate to be respectful on all sides and it should never be personalised,” he said.

On the issue of allowing unrestricted abortion up to 12 weeks, he said he supports it and it is now a matter for the Oireachtas to debate. Draft legislation is being drawn up on the matter which will be published ahead of the vote.

Mr Varadkar added: “If the referendum is passed, a doctor-led, safe and legal system for the termination of pregnancy will be introduced. Safe, legal and rare. No longer an article in the Constitution, but rather a private and personal matter for women and doctors.”

Minister Harris said it’s time for the people to have their say on the substantive issue for the first time since 1983. He said that women have endured decades of neglect at times of great need due to indecision, confusion and uncertainty.

Children’s Minister Katherina Zappone said that, as an independent woman, she was full of emotion tonight.

“It is my firm hope we will have a respectful debate based on the facts,” she added.