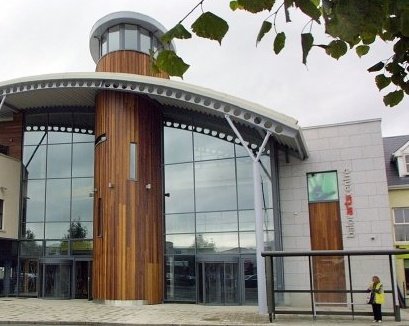 Stage is set at the Balor for Schools Drama Festival

Some of the best young actors in the county will take to the stage of the Balor Theatre, Ballybofey, over two nights next week for the annual Donegal Secondary Schools Drama Festival.

Organised by Teresa McGowan and the award-winning Butt Drama Circle, the prestigious competition has been running for more than forty years.

During that time, it has been giving the youth of the county the opportunity to perform in front of a live audience in a professional theatre.

Although it’s a schools festival, members of the public are welcome to come along for what promises to be two great nights of theatre on Tuesday, February 6th and Wednesday 7th.

The festival will be adjudicated by Maura Logue who will award certificates of merit to the participants, including plaques for ‘Outstanding Performances.’

The adjudicator said she feels very fortunate to have again been invited to this year’s schools festival. Every year, she also delivers some wise words of wisdom for the young actors and to those in the audience.

In honour of the late Ben Duffy, founding member of the drama circle and who arranged the purchase of trophies for each year’s festivals, the club has commissioned the Ben Duffy Perpetual Cup in his memory.

The local St Columba’s College, Stranorlar will be the first on stage on Tuesday night with an extract from the classic ‘Big Maggie.’ Always to the fore in schools drama, Coláiste Cholmcille, Ballyshannon, will stage two productions – Alias Cinderella and another to be confirmed.

Loreto College, Milford, will close proceedings on the first night with ‘Thank you for the Music.’

Opening on Wednesday will be Errigal College, Letterkenny, with their production of ‘Ernie’s Incredible Illucinations’, followed by the Royal and Prior, Raphoe, with an adaption of ‘Blood Brothers’. Making their debut, and closing the festival, The Yard Youth Centre will perform ‘Unmask Ulinity’.

House opens at 7:30 pm and the curtain will rise at 8 pm sharp each night. Entry is just €5, or a concession rate of €3, and patrons can pay at the door.