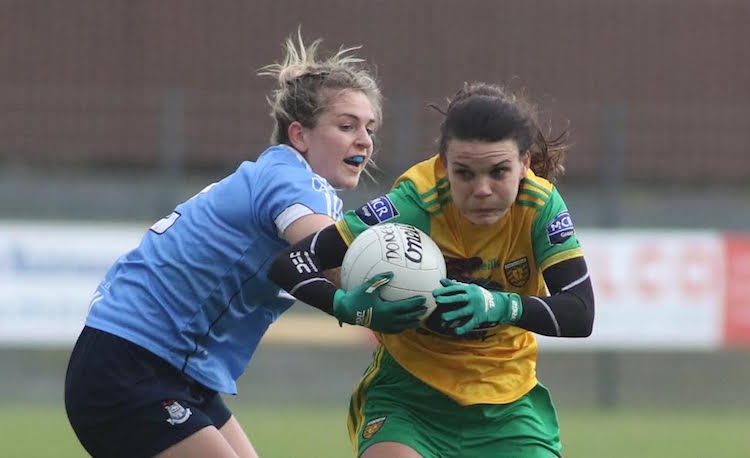 The venue has been confirmed for Donegal’s Lidl National League Division 1 clash with Galway this Sunday.

The Donegal-Galway game will be played at Pairc Taobhoige in Glenfin at 2pm.

Maxi Curran and Damian Devaney’s Donegal will be aiming to make up for Sunday’s four-point defeat to Dublin at O’Donnell Park.

A new-look Donegal conceded two first-half goals in a low-scoring encounter and went down 2-5 to 0-7.

They come up against strong opponents again this weekend.

On Sunday, a dominant first half from Stephen Glennon’s Galway ensured victory over Monaghan on the 3G Astroturf pitch at the Connacht Centre of Excellence in Bekan, Mayo.

Galway scored a 4-10 to 2-6 win and are rated by many as dark horses to make a serious impact in League and championship this year.

Monaghan struck an early goal from a Louise Kerly penalty but Galway responded with 3-3 in the space of 14 minutes, including goals from Ailbhe Davoren, Tracey Leonard and Leanne Coen.

Mairead Seoighe added a fourth Galway goal and while Shauna Coyle netted a fortuitous effort for Monaghan, the Tribeswomen were ten points clear at half-time and well on their way to victory.