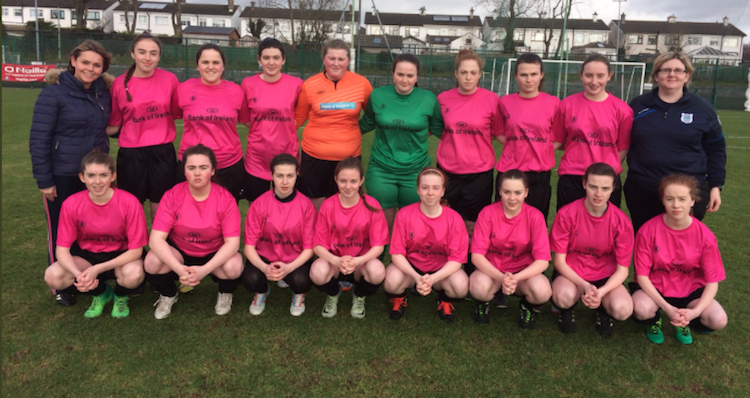 Dugera’s brace fired Mulroy to a win over Cork side Midleton College at Home Farm FC’s ground at Whitehall in Dublin.

In a pulsating affair, Dugera’s double shot Mulroy to victory again in the final, a year after a double by Caoimhe Walsh gave them a win over Passage West in last season’s decider.

Mulroy were without Catherine Grier, who is on duty with Doncaster Rovers in the Champions League, but they took the lead after just seven minuets thanks to a wonderful goal by Dugera.

Midleton pushed hard, with Rosie Speakman going close to an equaliser, but early in the second half Mulroy doubled the lead as Dugera found a way through again to double the advantage.

Rachel O’Sullivan tried her luck for Midleton, but couldn’t trouble Clare Friel in the Mulroy goal and the Milford scholars held on for a big win.