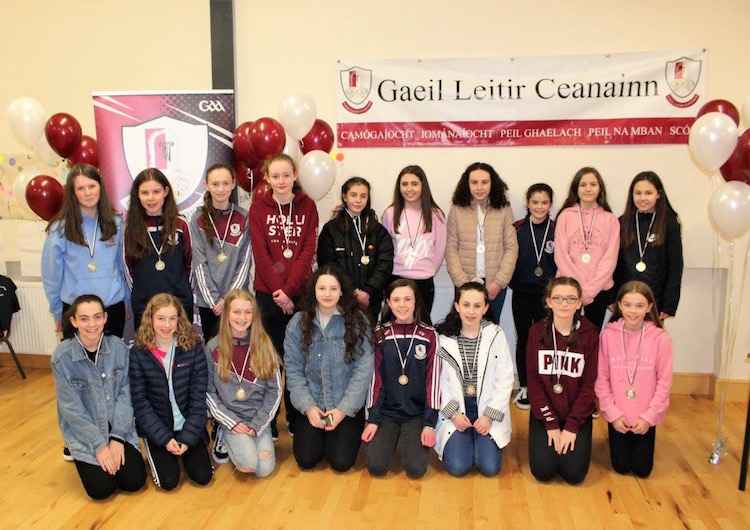 written by Chris McNulty January 31, 2018
Camogs and families gathered at Páirc na nGael to celebrate another successful year for the Letterkenny Gaels GAA Camogie crew on Saturday night.
Having started with just 7 girls at the first training session, the club has grown with now 70 girls playing at all age groups from U8 to U18. The presentation was an opportunity to say well done to the players, their families, coaches, sponsors and everyone who supported the club in the past year.
In an overview, Aideen Quinn picked out highlights of 2017. These included the annual camp where 60 girls came along to Pairc na nGael in August and the first ever Parents versus Daughters match; the performance of the U12 squad in reaching the semi finals of the Jim Nelson tournament in Belfast; the commitment of the U10 girls who fielded 2 teams at 8 blitzes with a squad of 40 players; and a comment written on a poster during the year “Camogie makes you smile “.
Another highlight of the year for the Camogs and the club was when Aideen Quinn received the Donegal Camogie Board ‘Volunteer of the Year’ award.
This was a well deserved award for Aideen for all her hard work and dedication in the promotion of Camogie within the Club, County and beyond.
Awards were made to
U14 All Ireland Division 5 & Ulster Shield winners – Eimear Ní Bhaoghail & Tori Ellis
Letterkenny Schools Blitz Player of the Tournament – Tori Ellis
Cumann na Bunscoil Camogie Player – Niamh Sweeney
U18 Player of the Year – Eimear Gillespie (accepted by Ornaith Ní Fhearghail)
U16 Player of the Year – Eímear Quinn
U14 Player of the Year – Aoife Doherty
Club Volunteer of the Year – Terezena Ellis.
Camogie Chairperson Catherine Johnston noted that Club Volunteer Terezena was always available to help out, travel to blitzes, help with the U8’s every week, bag pack, bake or whatever was needed and that she genuinely was the at the heart of the club.
Club Chairman James Frain applauded the continuing efforts of Camogie within the Gaels club family and advised those present to enjoy every window of opportunity to get out and practise with their children and support them at matches.
Lead coach Ann Marie Gibbons encouraged parents and family members to get involved and said that the large numbers of girls at training brought different challenges.
As a qualified coach tutor, Ann Marie described how everyone can play their part and how helping the girls practise at home can help them achieve a wide range of skills.
Camogie training
U8, U10 & U12 – Friday 2nd February 6.30-7.45pm, LYIT Sports Centre
U14 – Monday 5th February 6-7pm, 4G pitch, Community Centre.
For further information, please contact Aideen 086 816 3605, Annie 086 173 1886or Catherine 087 683 9925. 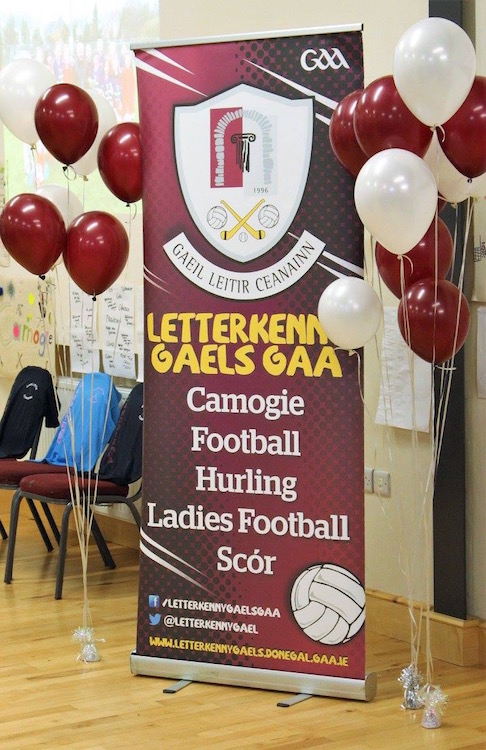 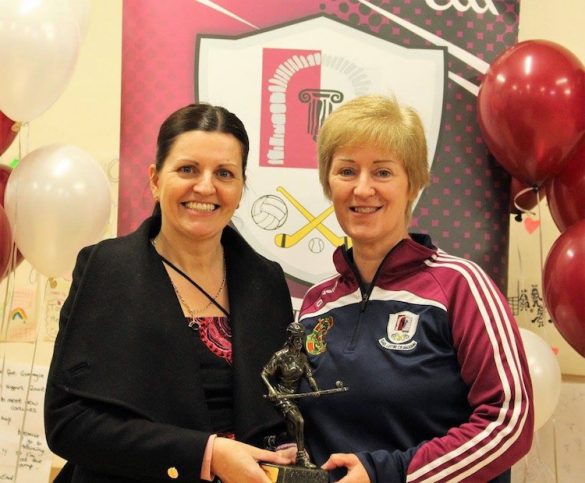 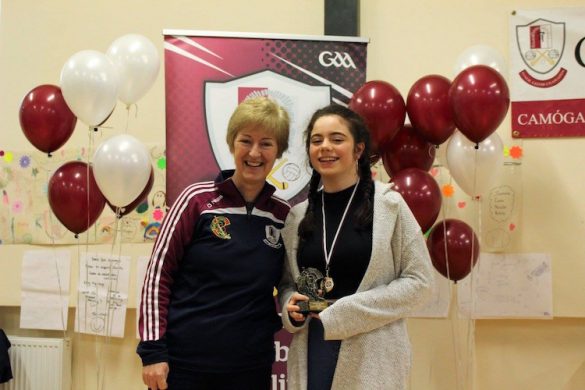 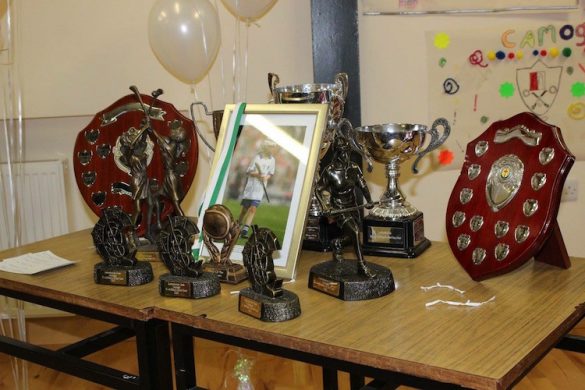 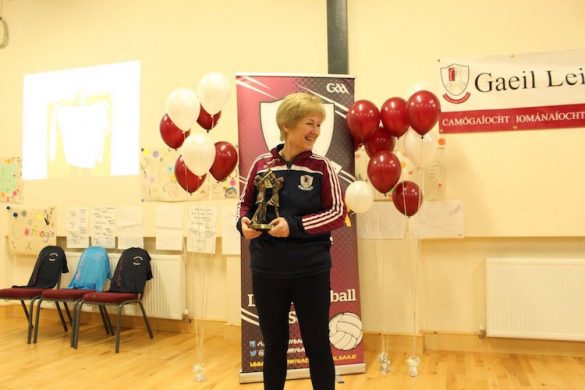 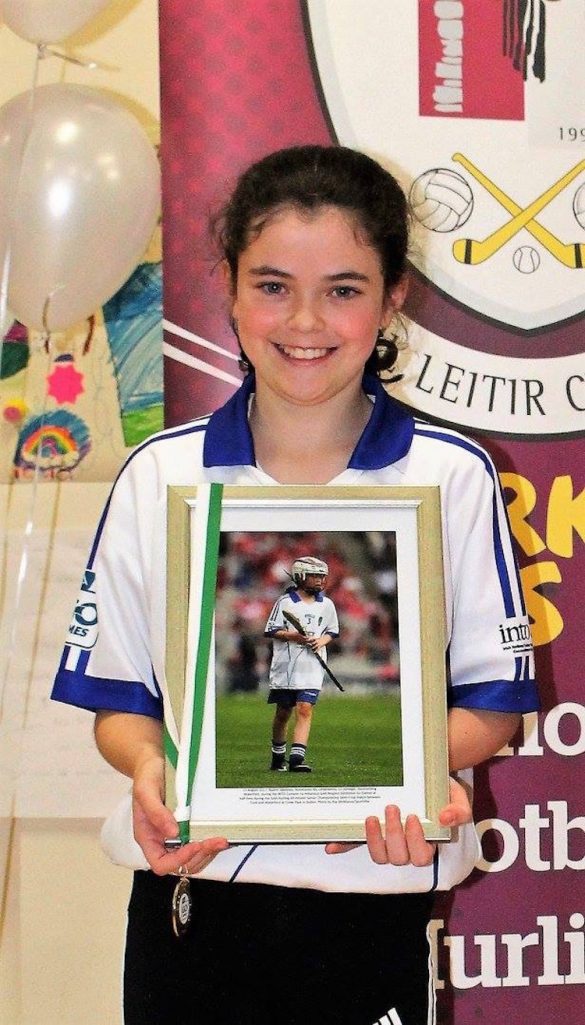 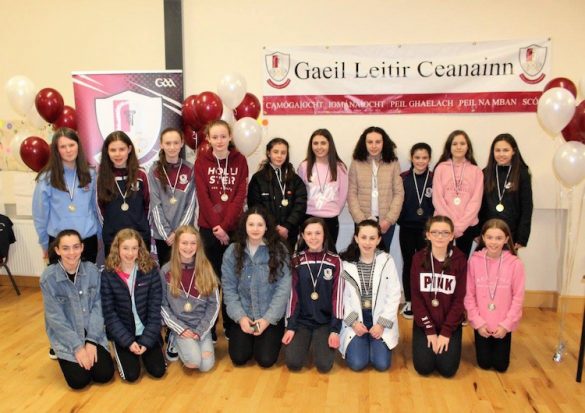 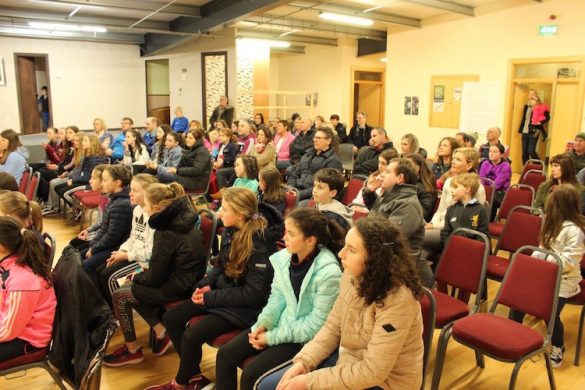 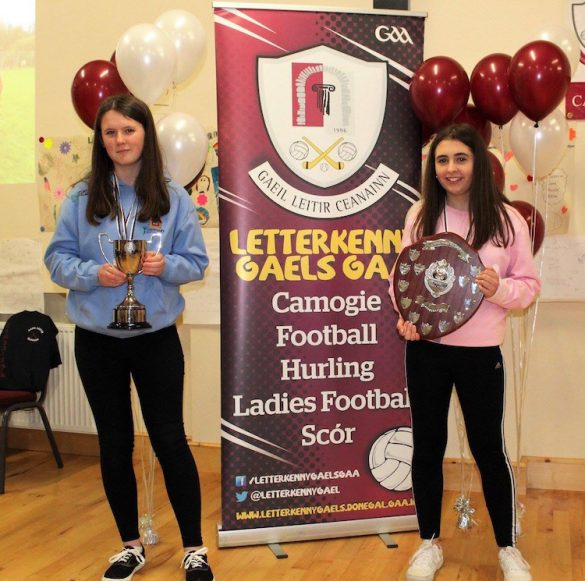 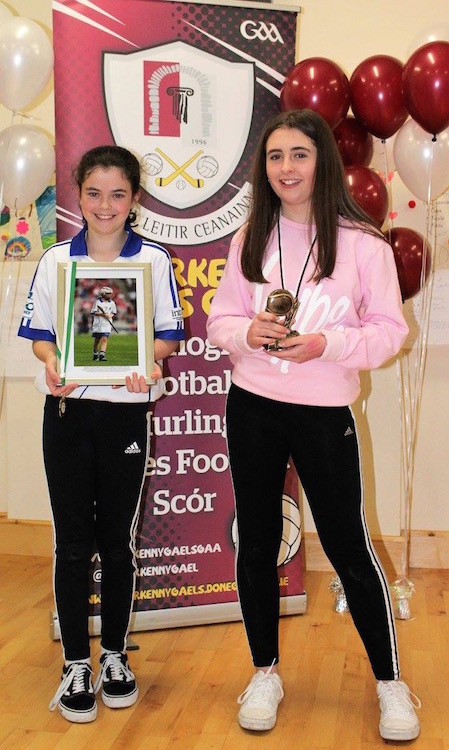 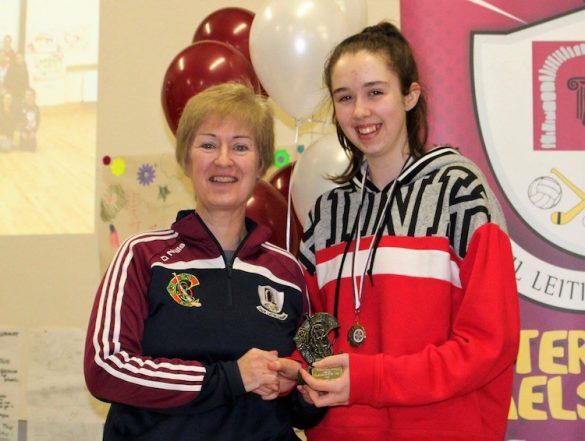 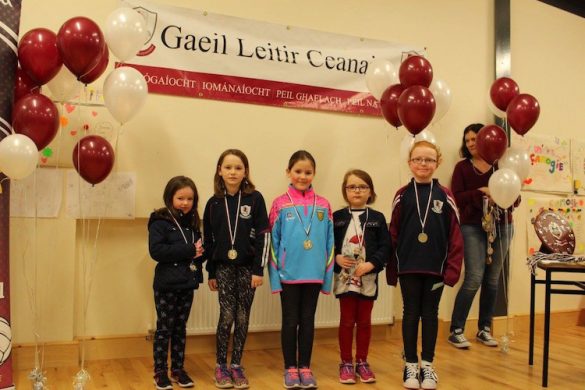 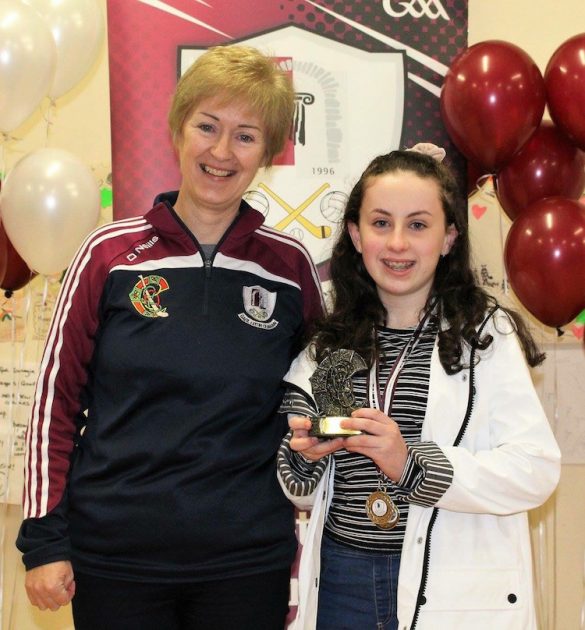 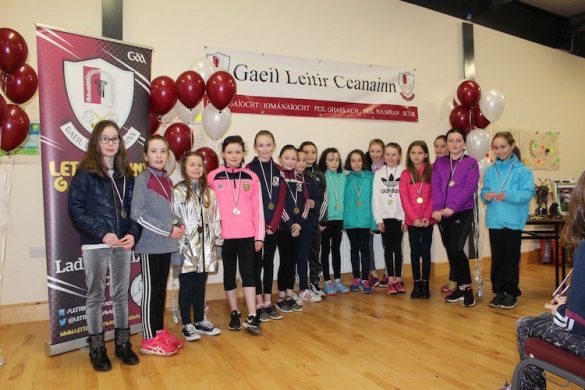 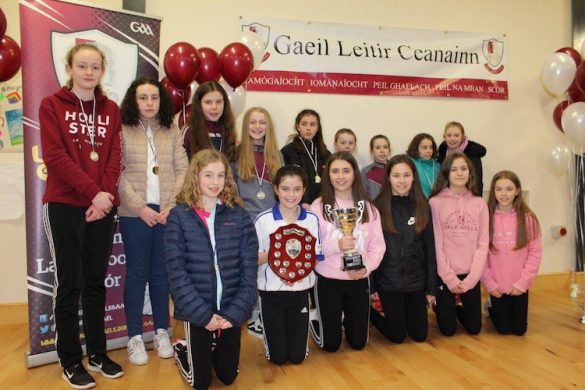 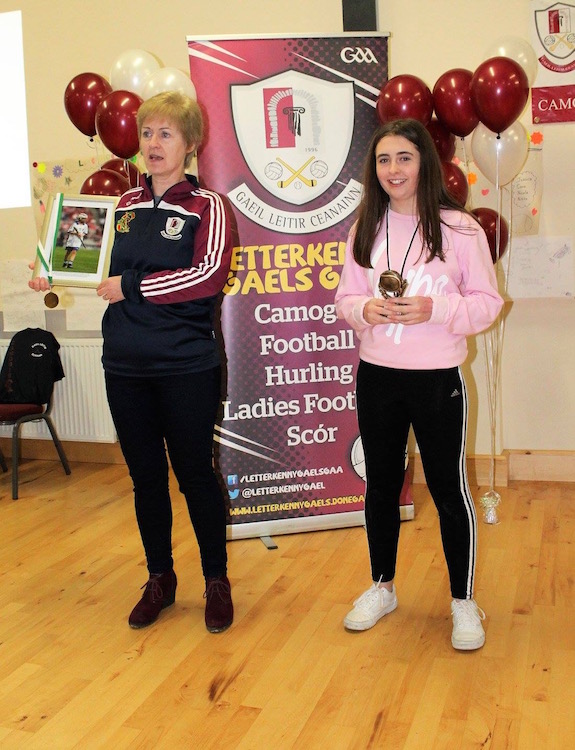 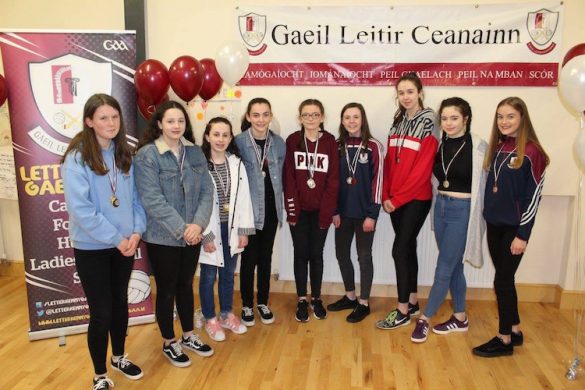 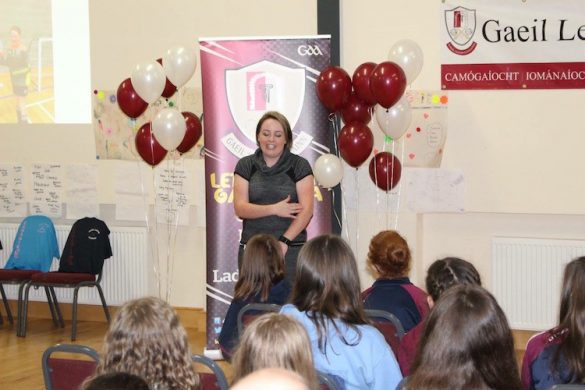