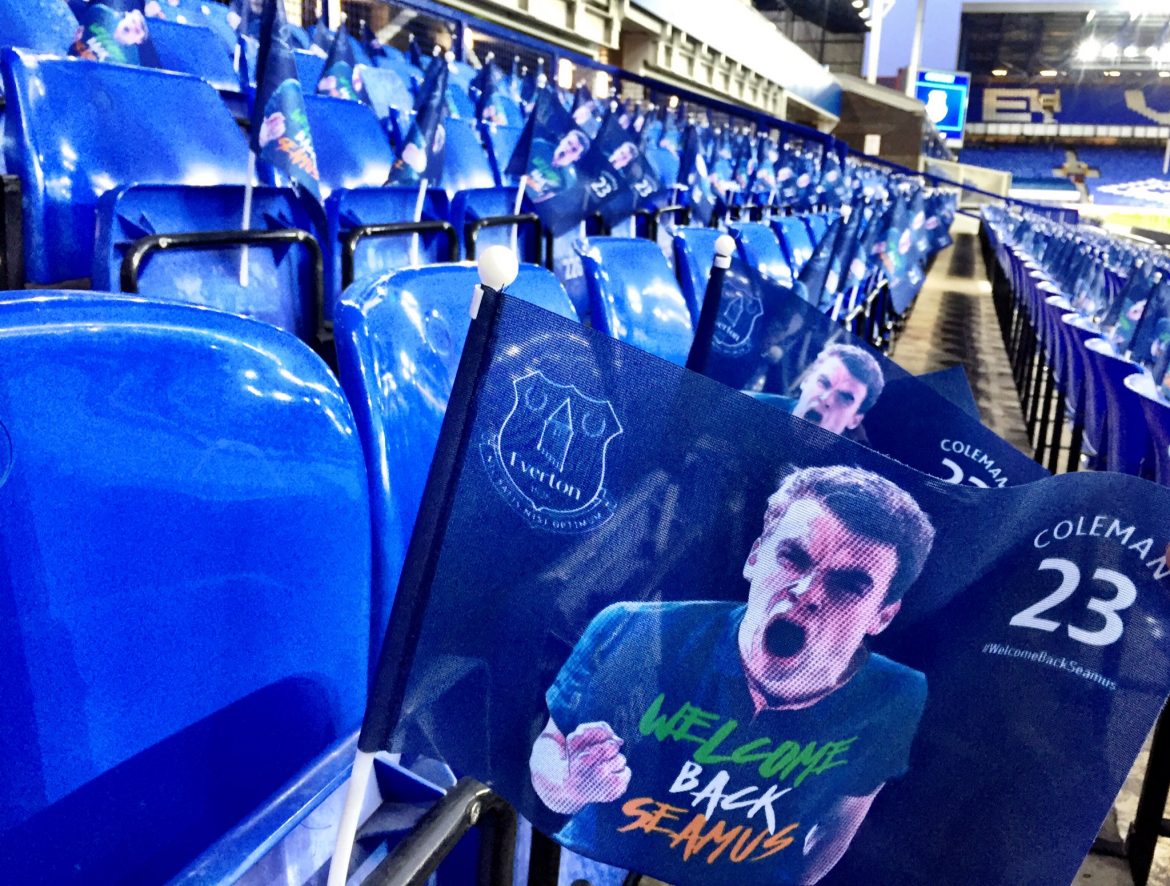 EVERTON HAVE MADE a move to welcome Seamus Coleman back to competitive action tonight at Goodison Park – he’s been named to start.

Coleman suffered a broken leg last March whilst captaining the Republic of Ireland against Wales in a World Cup qualifier but has just been named at right-back in the first XI for the side managed by Sam Allardyce against Leicester City in the Premier League tonight.

To mark the occasion, Everton have placed flags on the seats of their stadium for the return of the Killybegs native.

Just arrived at Goodison Park for @BBCMOTD. They have placed these flags on thousands of seats to welcome back @seamiecoleman23. #bbcfootball pic.twitter.com/rh0S1ahvoA