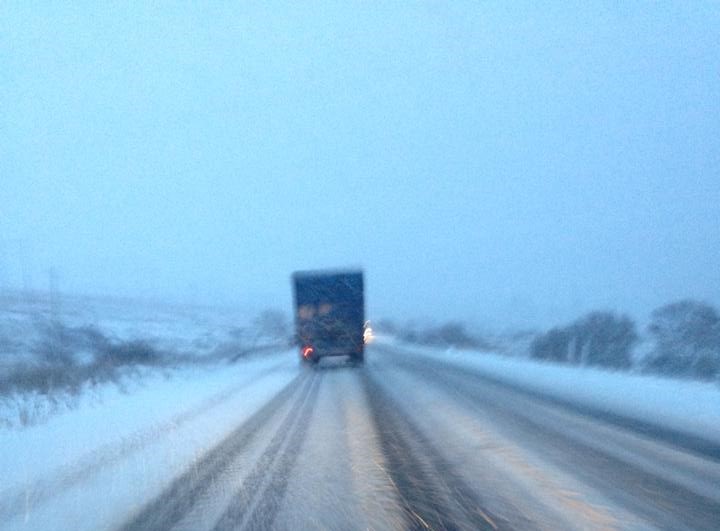 Early morning snowfall has created difficult driving conditions in many areas of Donegal today and motorists are urged to take extreme care.

Snow has accumulated on higher ground and there are icy patches in sheltered areas. Gritters were out on major routes this morning, however Gardai are warning of snow on many secondary routes.

There are reports of a car off the road at Meenaroy, which is causing delays in the area. Difficult conditions are also reported on roads from West Donegal to Letterkenny, Barnesmore Gap and from Drumkeen to Letterkenny.

While roads are clear in Letterkenny Town Centre, fresh snowfall at Mountain Top and higher areas has left the roads covered in sleet.

A Status Yellow Snow-Ice and high Wind Warning remains in place for Donegal until later today (Wednesday). Drivers are urged to be aware of wind-blown debris during these unsettled conditions.