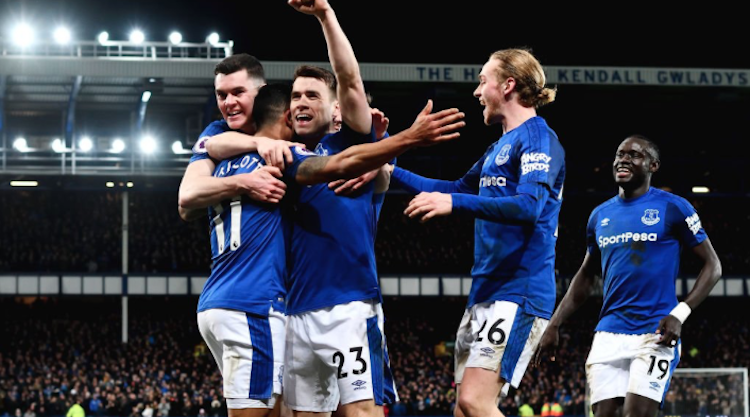 After 10 months on the sidelines with a broken leg, Coleman played 90 minutes as Everton defeated Leicester City 2-1.

Goodison Park rocked to the ’60 grand’ terrace chant in the Killybegs man’s honour.

“It felt brilliant to be out there,” Coleman, who had been out since last March, said.

“I am delighted to be back and to put the jersey on again. But most importantly, we got the win. That makes it all the better.

“I heard the songs. I did have to switch off from the excitement before the game. I’m so grateful for the reception that I got but I had a job to do and I wanted to make sure I played well.

“But now I can really appreciate it and the support I have had from day one from both Everton and Ireland fans – it is something I will always remember. It was just a very special night.”

Coleman played for Everton’s U23s last week against Portsmouth and Sam Allardyce was keen to elevate him as quickly as possible.

Coleman certain showed no ill effects with those marauding runs for which he has become famous a feature of last night’s game.

He said; “I found out a couple of days ago from the manager [that I was starting]. I had been preparing for that moment for the last 10 months.

“The manager said at half-time to give them a nod when I started to fatigue, but I just told him there was no way I was going to get tired.

“He told me to use my head and be sensible but I’d been waiting 10 months so there was no chance I was going to tire – although I did blow up a little bit at the end!”

Everton are away to Arsenal on Saturday, but Coleman may have to make do with a place on the bench for that one as Allardyce eases him back.