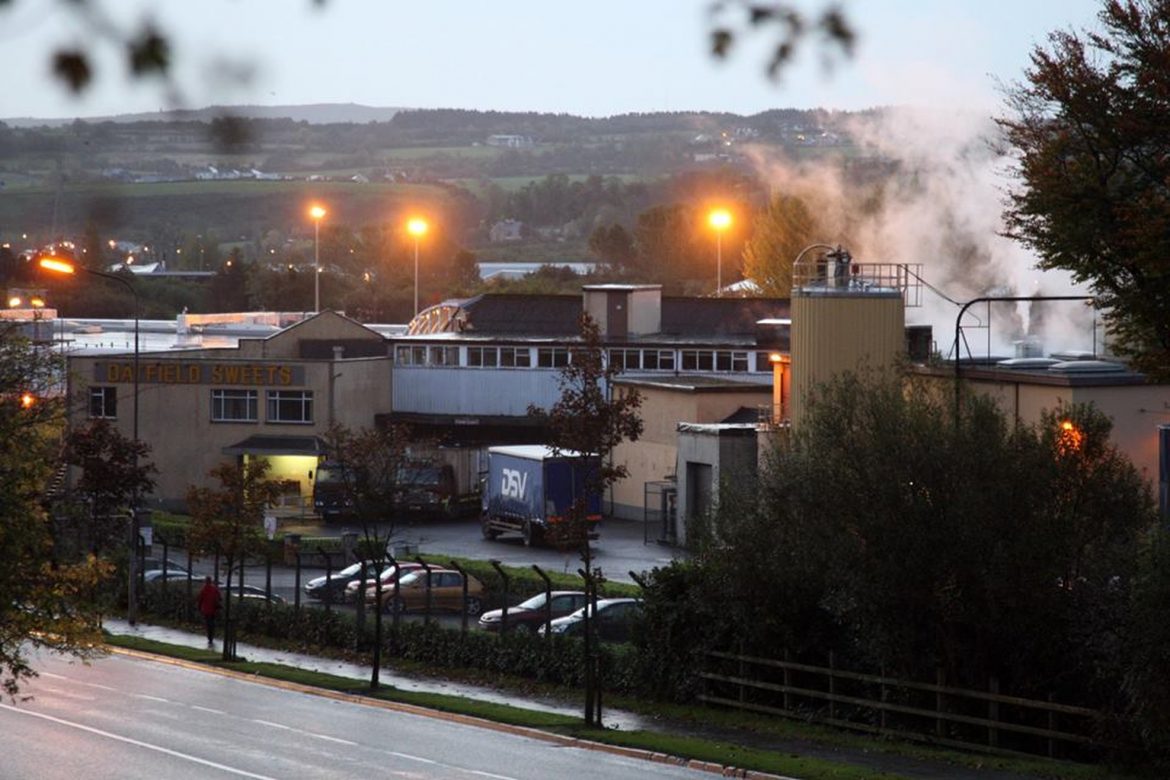 They were the hardy crew in years gone by! Heading away from Donegal, some going as far as Dublin or Cork and nothing but a bottle of cold tea, a lock of sandwiches (or pieces as we once called them), a quarter of boiled sweets and a couple of decades of the rosary to keep them safe on the road.

This memory came to my mind at the weekend when we stopped off in Grange in Co. Sligo on our way down to Galway. I say we stopped in Grange but as in all small villages now especially along the west of Ireland, there is no life in these villages anymore everything is closed except for a filling station on the outskirts of town that serves everything that both locals and visitors need!

My passenger landed out with a coffee to go for me and a packet of Oatfield Sweets called Glucose Fruits. I opened the packet and unwrapped one of the sweets and the thought crossed my mind, they must have very little fruits were ever they make Oatfield Sweets now because that is the smallest Glucose fruit I have ever seen. 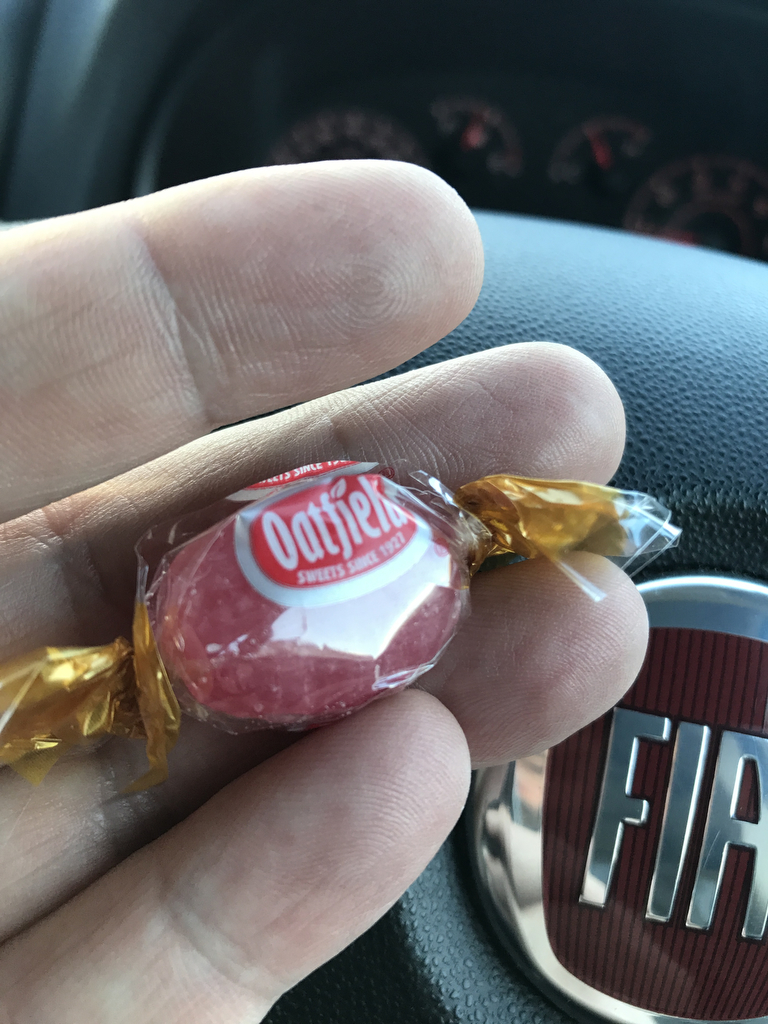 The reduced boiled sweet now made by Oatfield Sweets but no long made in Donegal. Photo Brian McDaid

A quarter of these boiled sweets would hardly get you are far as the Port Bridge they were so small. It was a great company, Oatfield Sweet started on the Port Rd in Letterkenny in 1923 and to only recently townies could smell the sweet scent of boiled sweet from the factory fans.

Now when we buy that iconic bag of branded boiled sweets we are only buying a memory. The memories got us a far as Galway that night with a box of messages for the scholars and a couple of reused 10/10/20 bags full of blocks for the fire in the digs and not forgetting the kitten-soft toilet roll, all of which are grand when you’re travelling by van but not that cool when you’re trying to hide them as you board a Bus Feda!

On the way home that night there was not a car on the road it just me and the rain, RTE radio and no rosary. As I pass through Sligo and head in the direction of Grange again the radio presenter reminds his listeners that on this day the 28th of January 1939 the great WB Yeats passed away in Menton, France, and it was another 9 years before he was eventually buried overlooking his beloved Benbulben at Drumcliff Cemetery in Sligo.

I wonder what would he have thought about the size of the boiled sweets nowadays and the closed down sweet factories and fading villages along the West of Ireland.

Parallel Parking
This week our motoring column is not going zooming forward through the gears but instead we will be heading in reverse!

This week we have spared no expense to bring you our practical demonstration on parallel parking. If you think we are taking a hand of you, we are not, what might look a bit stupid has a message in its simplicity.

Learning to reverse into a parking space not alone gives a better judgement of your car but it also gives you a better understanding of driving your car forward in confined spaces. 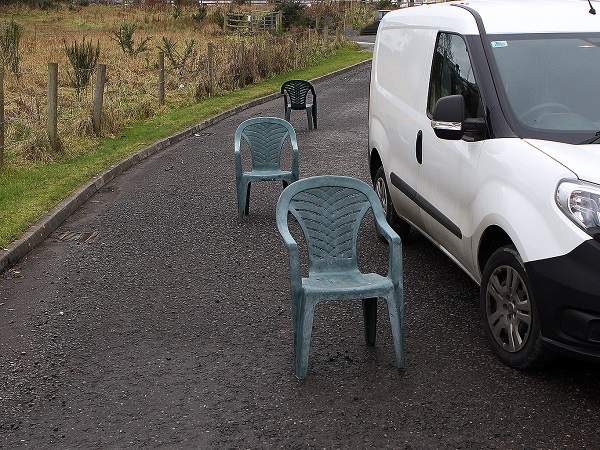 A view from outside of what you seen in the mirror before you reverse into a parking space. Photo Brian McDaid

One of the biggest reasons that a lot of us drive into a parking space when parallel parking it’s that we haven’t the confidence or judgement to reverse in. Add to this an impatient driver behind you (if you’re unlucky enough have one makes this ten times worse).

It takes more space to park your car when you drive into a space because than reverse as the backend of the car is still halfway out on the road when you when the front wheels are close to the kerb and you end up doing a lot of reversing back and forward before you finally get the car into position between two cars. And still will probably end up badly parked!

Our demonstration had excluded two big fears in reversing into a parking space that of other impatient drivers and the risk of hitting the cars your are parking between. For our exercise in parking all we needed was a quiet piece of road or even a car park that has a kerb and three chairs!

I was originally going to use three traffic cones for this exercise but figured that anyone that wants to try this exercise for themselves might find it handier to find three chairs than three cones. The chairs also have that advantage in that they are taller than cones so you can easily see them over the bonnet or especially in your mirrors.

Made to measure your car
Setting up the exercise is very simple. I just parked my vehicle along the kerb, I placed one of the chairs at the back and in view of the outside wing mirror. The first big benefit of their exercise is that you can adjust it to suit your confidence and judgement and doing so is to figure out how far to place the seats which for the purpose of the exercise represented parked cars. 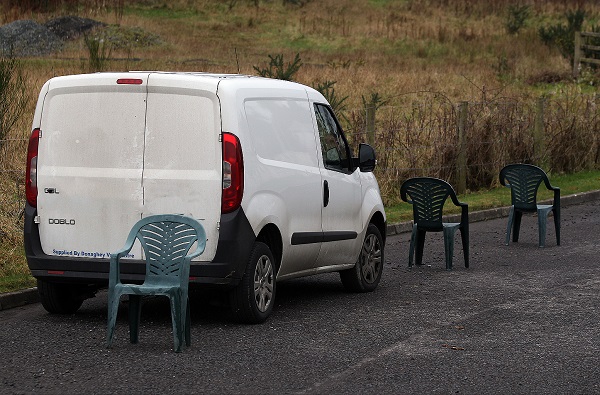 A view of a basic setting up to explain some of the pitfalls of parallel parking. Photos Brian McDaid

I have to admit that I left this too tight in my first attempt. You will need at the very least 8 ft. more than the length of your car in your parking space. The last and third seat was used as a guide to where you should roughly position the wing mirror of the car in front of the parking space that you intend parallel parking into.

The position of the car before you start to reverse into a parking space (in my opinion) is the biggest factor in making a success of your parking. A rough guide when your line up the mirrors of the two cars is to leave approx 2ft between the centre of the two mirrors, so you have approx 3ft between the two cars when they are lined up parallel.

Starting your practice
To start this exercise, line the front of the car at the back of the first chair check all your mirrors and indicate as you would if you were out on the main road about to park in real life.

Check all around you for possible hazards that you might not see so well when you are reversing. If you stop very briefly in this position on a busy road you are giving a clear indication to drivers behind you that you intend to reverse into this parking space. If you then move progressively to alongside the car in front of the parking space and line up your wing mirror and the wing mirror of the parked car. A quick look around again over both shoulders and in your mirrors to insure that all is safe before you start to reverse into the space. 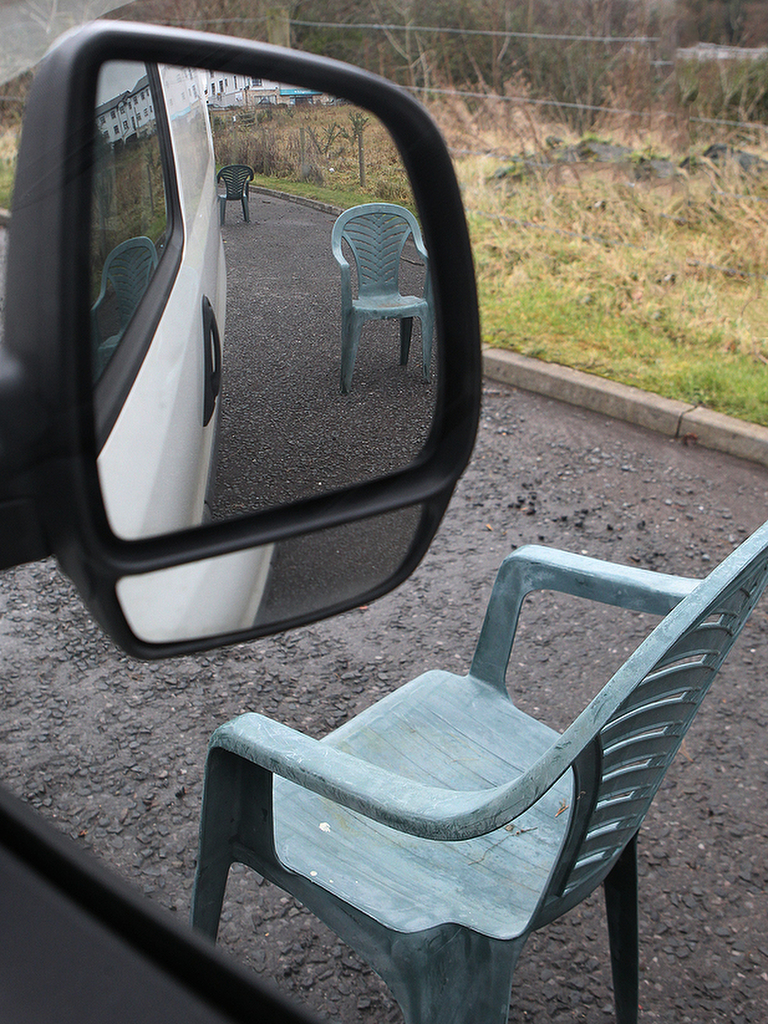 What you should be able to see out you drivers side mirror and window when you are lining up your car to reverse into a parking space. Photo Brian McDaid

If the inside rear wheel comes to rest against the herb before the bonnet of your car has passed the outside corner of the back of the car in front of you have left it to tight and are better to go out again and reverse in with less of a cut. If it’s the case that come to rest against the kerb with the inside wheel and the bonnet of your car has cleared the back of the car in front, you have a good chance of completing your parking by going forward in full cut and then going back in full cut now keeping a watch full eye on the car behind.

If you do successfully reverse the car into the parking space just centre the car in the space between the car in front of you and behind you.

Practice makes perfect
Parallel parking takes practice to get it right so if you are still finding it hard to park you could think about parallel parking in a space directly behind a parked car without a second car at the other side of the parking space.

This might look a little extreme but it’s a great way of getting to know the judgement of your car without having to worry about hitting the car behind you.

You can do this with the chairs by just using two in front to represent one car, by there you can focus on your reversing and car positioning and then progressing to then trying to use the third seat to represent the car behind.

Caution: As with always when reversing any vehicle no matter how quiet the location is be careful and keep a constant lookout for the dangers that might arise.