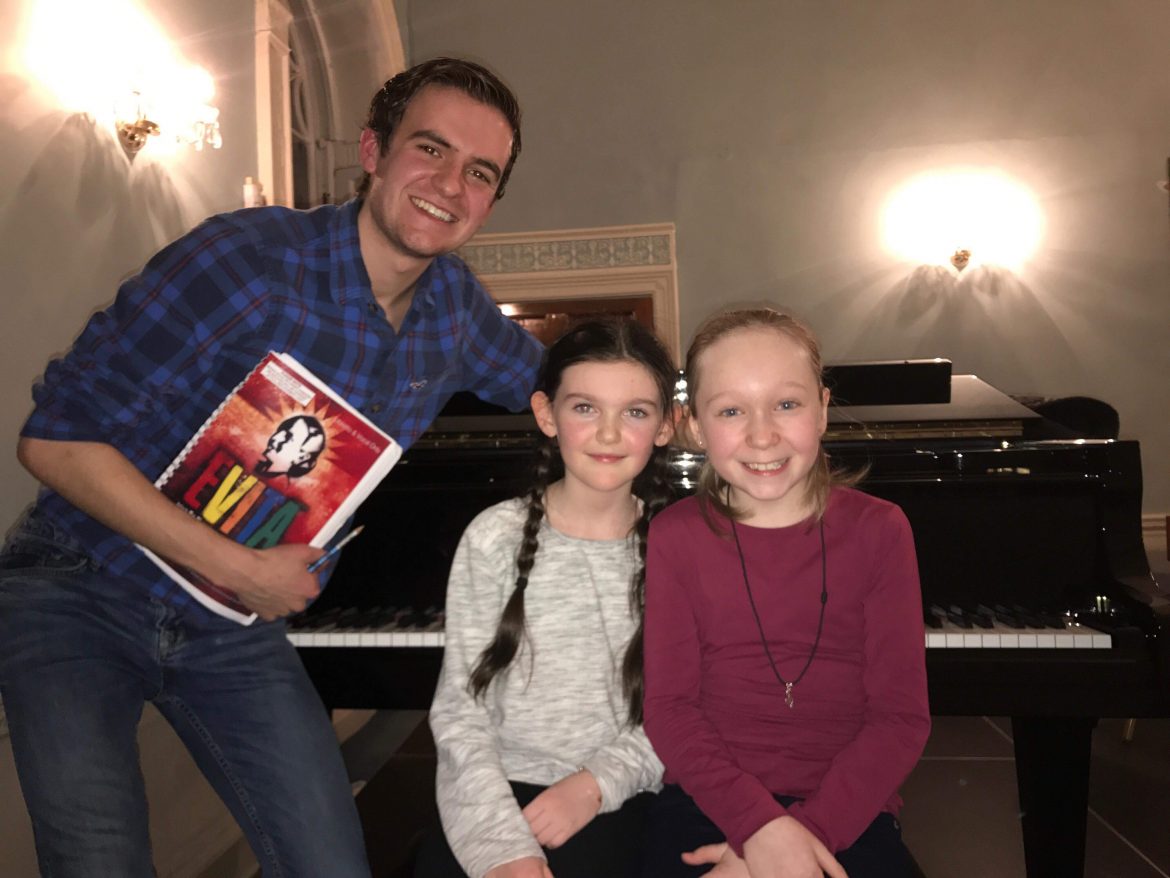 Leah Herron (11) and Eimear McTeague (10) are set to star in the February run of the award-winning musical at the O’Reilly Theatre, Dublin.

Leah, from Donegal Town, is a student at Scoil an Linbh Iosa, Killymard and studies musical theatre at Donegal Youth Musical Theatre (DYMT). She has appeared in productions of Les Miserables, Cinderella, Caisleain Óir, as well as Snow White and the Seven Dwarfs, where she played the leading dwarf, Bangles (Donegal Town, 2015).

Eimear is a student of Gaelscoil Adhamhnáin, Letterkenny, and coming from a very musical family, loves to play the fiddle and sing. Eimear is member of St.Eunan’s Cathedral girls choir where she has performed solos and had the opportunity to sing in Lourdes, France for her Diocesan pilgrimage.

Trinity Musical Theatre (TMT) was co-founded by Donegal director, Séimí Campbell in 2016. Having directed their inaugural production of ‘West Side Story’ in the O’Reilly Theatre, Dublin (March 2017), Séimí is delighted to have been reappointed as Director for this year’s production of ‘Evita’ (March 2018).
Séimí most recently founded Donegal Youth Musical Theatre (DYMT) and directed their inaugural production and North West premiere of Phantom of the Opera (An Grianan Theatre, August 2017).
Evita charts the life of Argentina’s iconic first lady, Eva Perón, following her meteoric rise from Argentina’s slums to the presidential palace. With music by Andrew Lloyd Webber and lyrics by Tim Rice, including the classic “Don’t Cry For Me Argentina”, EVITA is a timeless tale of power, lust, and greed.
‘Evita’ runs in the O’Reilly Theatre, Dublin from 14th to 17th February 2018. More information on tickets or the production can be found on www.oreillytheatre.com, www.evopass.io/event/evita or from Trinity Musical Theatre’s Facebook or Instagram @TrinityMusicalTheatre.
Donegal girls land role in Trinity’s ‘Evita’ was last modified: February 1st, 2018 by Rachel McLaughlin
Tags:
dublinevitamusicaltheatre