Members of the Teachers’ Union of Ireland staged a lunchtime protest today (Thursday) at post-primary schools around Donegal.

Staff at schools, colleges, centres and Institutes of Technology stood outside their workplaces with posters to highlight the impact that pay inequality has on teacher morale and the education service.

The main demand of the union is to end the system of teachers and lecturers who entered the profession since 2011 getting paid at a lower rate than their colleagues for carrying out the same work. This inequality is having a damaging effect on teacher recruitment and morale, TUI representatives say. 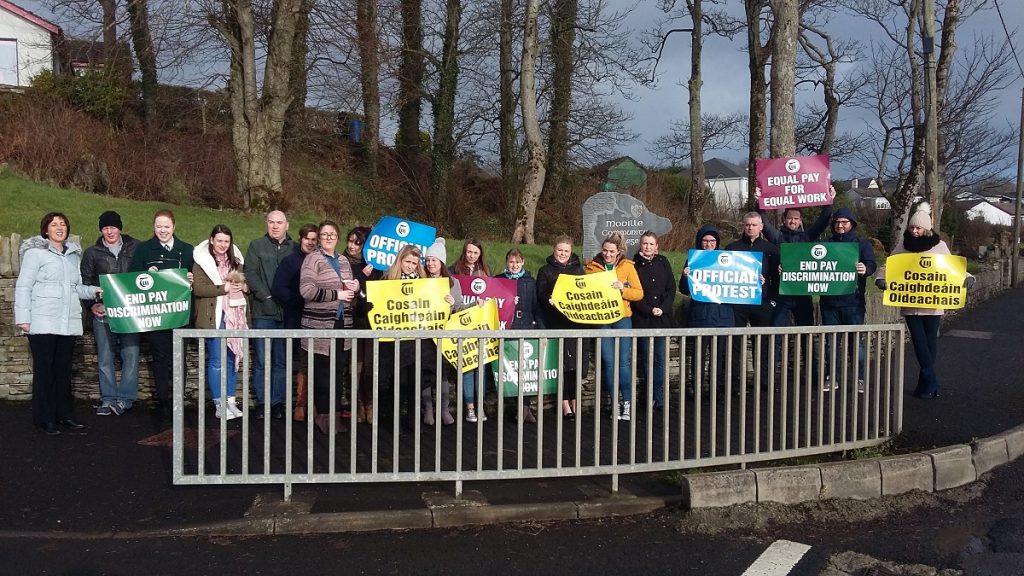 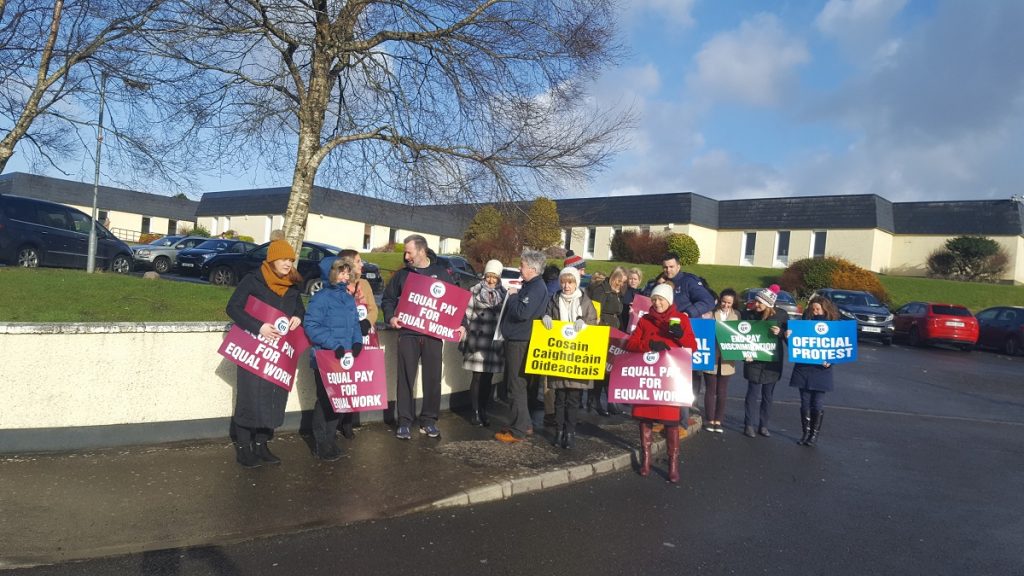 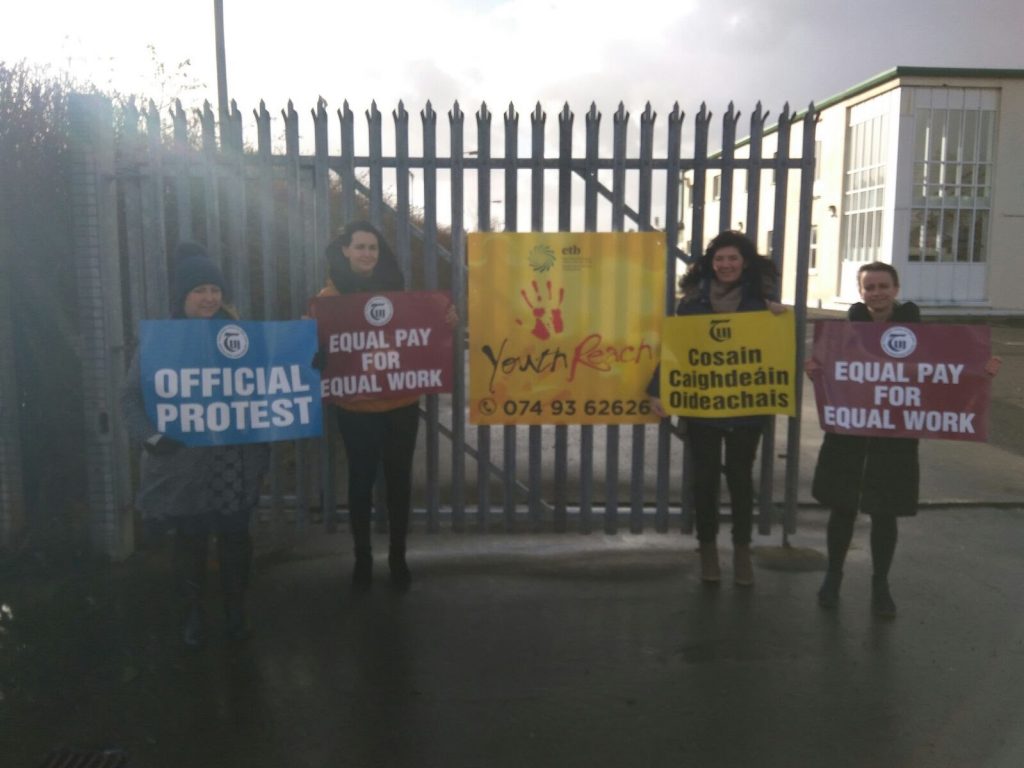 Co Donegal TUI Chair Cróna Kerr said: ‘It is unacceptable that one teacher be paid less than another for carrying out the same work.

“Pay discrimination has completely undermined the profession and has had a devastating impact on morale in staffrooms. Unsurprisingly, it has also led to a crisis in the recruitment and retention of teachers, which inevitably impairs the quality of service to students in terms of subject choice and consistency of provision.” 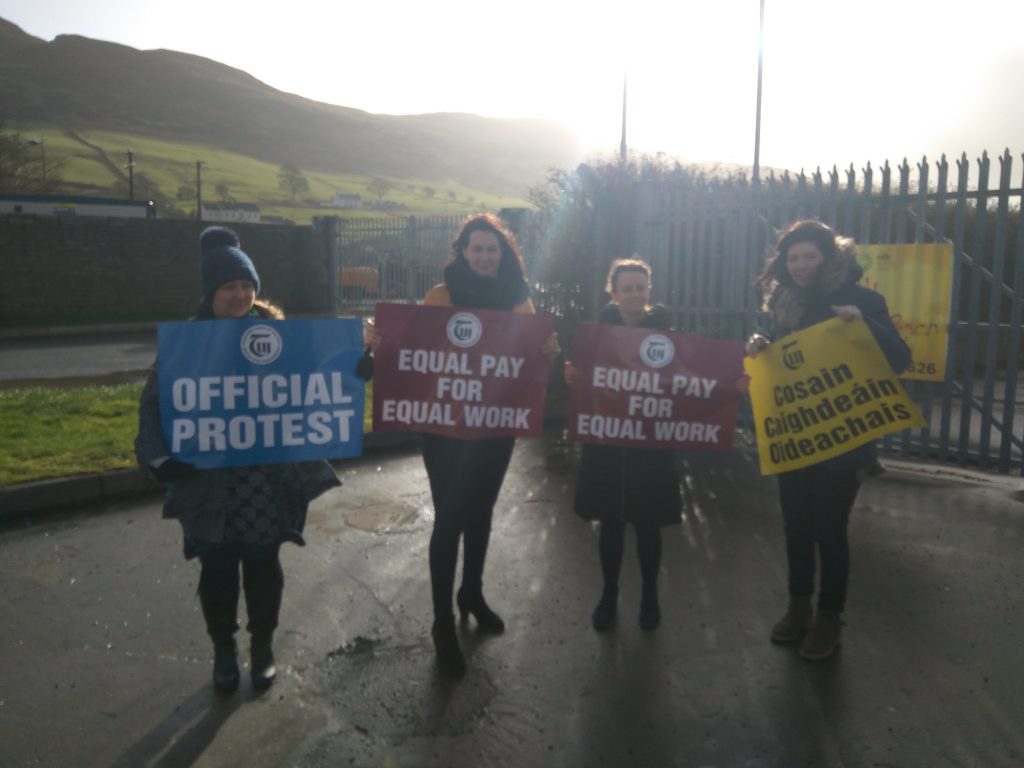 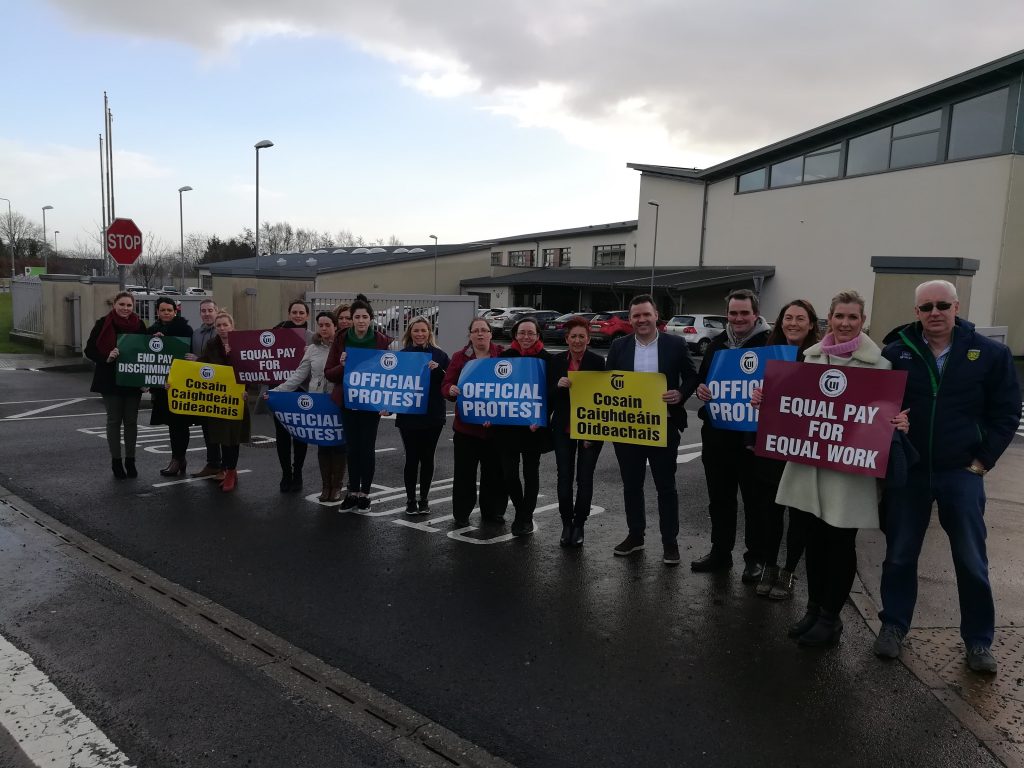 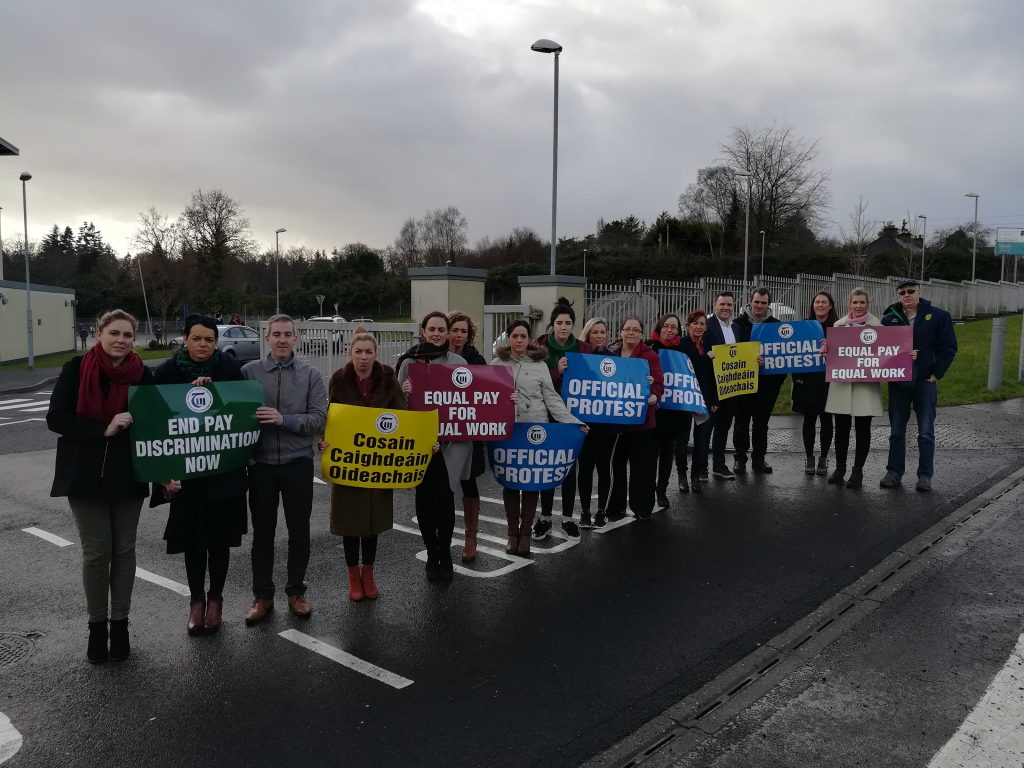 Ms Kerr added: “Irrespective of whether they are personally affected by pay inequality, TUI members are united in demanding its end as a matter of urgency.

“The evidence of this growing crisis can no longer be ignored, denied or downplayed. There has been a 62% collapse in applications for post-primary teacher training courses since 2011, while a TUI survey in 2017 showed that 29% of new or recent entrants to the profession did not see themselves in the job in ten years’ time. In addition, there has been a fivefold rise in the emigration rate of second level teaching graduates.

“Recruitment difficulties are evident both across the country and across a broad range of subjects including Mathematics, Science, Modern Languages, Irish and Home Economics, and the list of affected subject areas will lengthen if the situation is not remedied.

“The reputation and the high quality of the country’s education system is at stake here, and short-term, short-sighted, ‘sticking plaster’ fixes will not work.

“The only guaranteed way of ensuring the retention of teachers and the recruitment of those needed for the future is to repair the integrity of teaching by restoring pay equality.”