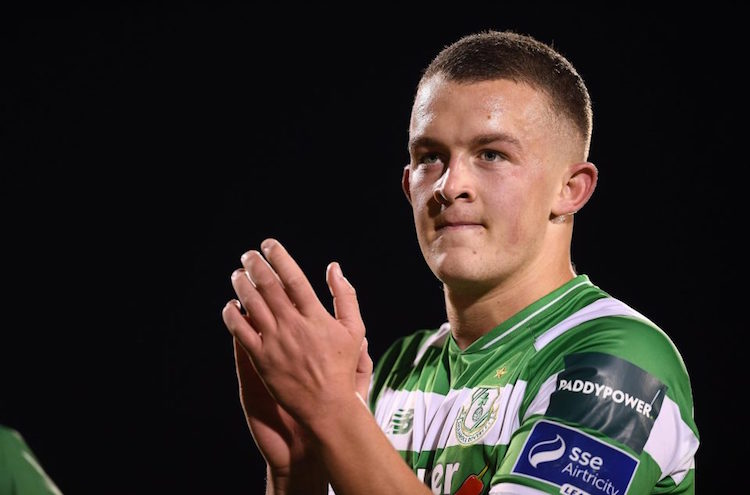 Excitement levels among Finn Harps fans were raised last night as Michael O’Connor lined out for Ollie Horgan’s men in a pre-season friendly.

Harps lost 2-1 to Sligo Rovers in a game that saw Keith Cowan, who has missed the last 16 months through injury, score for Harps.

New signings Aidan Friel, Sam Todd, Mark Coyle and Lee Toland all started for Harps, as did Ciaran O’Connor, who is back for a second spell at Finn Park having been on loan at Finn Park for the first half of last season.

Partnering him in attack last night was his brother, Michael.

Currently attached to Shamrock Rovers, he had been tipped to move to Rotherham United in January.

O’Connor joined The Millers for training and played in a behind-closed-doors friendly. Rotherham opted against signing O’Connor, who was said to be valued at around €70,000.

Rotherham have said that will keep tabs on O’Connor, who had been heavily linked to a move to Burnley last autumn, and may open communication again in the summer.

A short-term loan for the 19-year-old striker to Harps is now said to be an option.

A Republic of Ireland under-19 international, he previously played for Dundalk and his inclusion last night, three weeks out from the start of the season, certainly heightened a sense of purpose about Harps

Cowan tore a cruciate ligament – the third time he endured that agony – and also snapped a knee cap after falling awkwardly in a challenge with Jamie McGrath of St Patrick’s Athletic in October 2016.