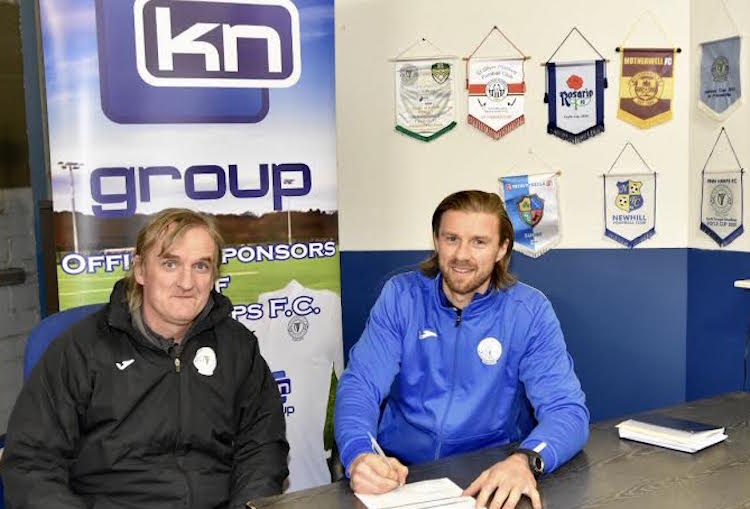 Keith Cowan ended 16 months of injury hell last night as he scored a goal for Finn Harps in a pre-season game against Sligo Rovers.

Cowan – pictured above with Ollie Horgan by Geraldine Diver – has just made his come back from an injury sustained in a game against St Patrick’s Athletic in October 2016.

“The injury affected me in a lot of ways, physically and mentally,” he says.

Cowan netted in a 2-1 defeat to Sligo at The Showgrounds on a night when Harps included recent Rotherham target Michael O’Connor, currently on the books at Shamrock Rovers, in their starting XI.

Following some recent defensive departures, Cowan looks set to be a key player again for Harps this season.

He says: “It was a nice boost to get a goal. Things are coming along nicely. I have to continue putting in the hard work. There were moments where I wondered if I’d keep doing it. It’s great to be a part of the set-up again.”

Cowan was speaking to Charlie Collins after guiding Coláiste Ailigh to a 5-2 Ulster final win over Crana College at Whitestrand this morning.