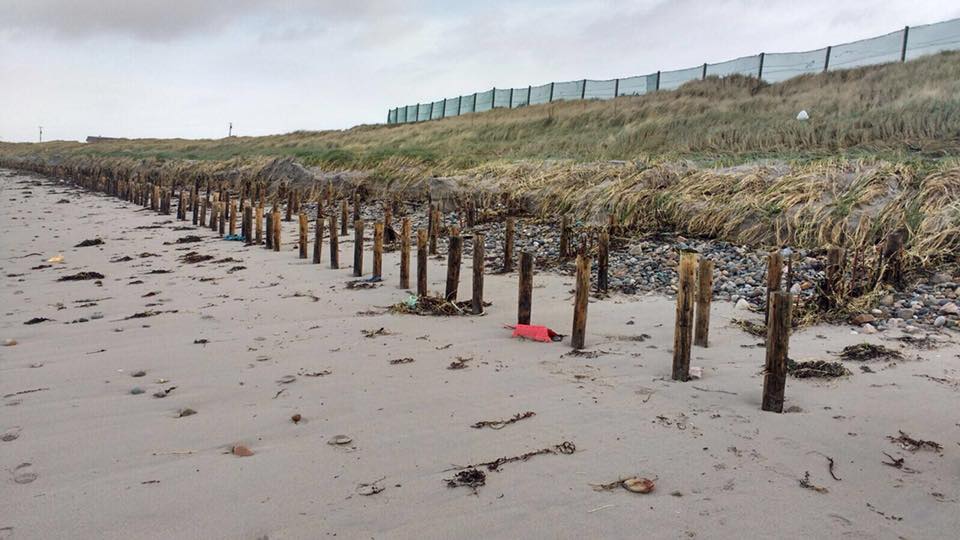 Sinn Féin Finance Spokesperson Deputy Pearse Doherty has welcomed confirmation received from Minister Kevin ‘Boxer’ Moran that a number of recommendations have now been made to Donegal County Council by the Office of Public Works which it’s hoped will identify the type of action and measures to be undertaken to prevent future flooding and coastal erosion at several locations in the county.

It’s understood that the OPW has recommended that funding allocated last year for studies into coastal issues at Carrickfinn and Portnoo now proceed as planned, while the body has asked Donegal County Council to submit revised applications for risk management studies to be funded at Maghery and Magheraroarty.

Welcoming the development, Deputy Doherty said: “I welcome this confirmation which I’ve received today from the Minister of State in which he outlines the key recommendation made to the local authority by the OPW in respect of on-going flooding and erosion issues at sites throughout the county.

“This update follows on from the visit made last year by Minister of State where I invited him to Donegal to meet with the various communities and groups in Donegal to explore measures aimed at relieving flooding and the problem of coastal erosion.

“Then before Christmas, it was confirmed to me that both the OPW and the Local Authority had agreed to adopt a joint-approach into how coastal and flooding issues affecting the county would be progressed going forward.

“The Minister of State has now furnished me with a copy of the recommendations made by the OPW for sites at Maghery, Carrickfinn, Portnoo and Magheraroarty.

“At Carrickfinn, the OPW has advised the Donegal County Council commission a consultant led erosion risk management study which was approved late last year, while at Portnoo the body has agreed that the council proceeds working on the study of Gweebarra Bay, funding for which was allocated last October.

“Meanwhile at Maghery, I understand that the OPW have urged the Council to expand the scope of a study into coastal erosion and flood risk at the coastline in order to identify the measures needed to tackle the problems facing the local community there. The local authority also intends to proceed with interim measures such as repairing the existing chestnut paling which was damaged in winter storms in late 2013.

“At Magheraroarty, the OPW is awaiting receipt of further information from the council in respect of studies carried out at the site into the scale of the problems there. It is now recommending that any proposed solutions to relief erosion at the site must include details of separate proposals to extend the pier there.

“The OPW has therefore recommended that the council lodges a revised application for Minor works to fund a coastal flood and erosion risk management survey to better identify the type of measures needed to remedy issues at its coast.

“I am pleased to also have been advised that officials from the Hydrology and Coastal Section of OPW’s Western Region office were due to meet with representatives from Donegal County Council’s Water and Environment Directorate last month and that co-operation between the two bodies appears to be ongoing.

“It’s clearly good news that efforts and actions to determine the ultimate solutions needed to resolve these outstanding issues of flooding and erosion at these sites is progressing, and I pledge to continue to work closely with both the OPW and Donegal County Council, as well as with the local communities concerned in an effort to ensure that the recommendations are followed through and that these important projects are ultimately delivered.”