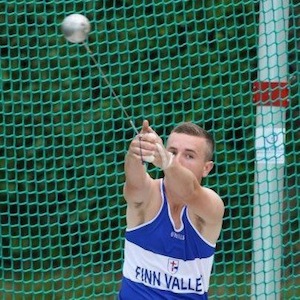 McGuigan, who will compete at the Commonwealth Games in Australia later this year, set a career-best and moved closer to contention for the NCAA Championships as he is now ranked 18th.