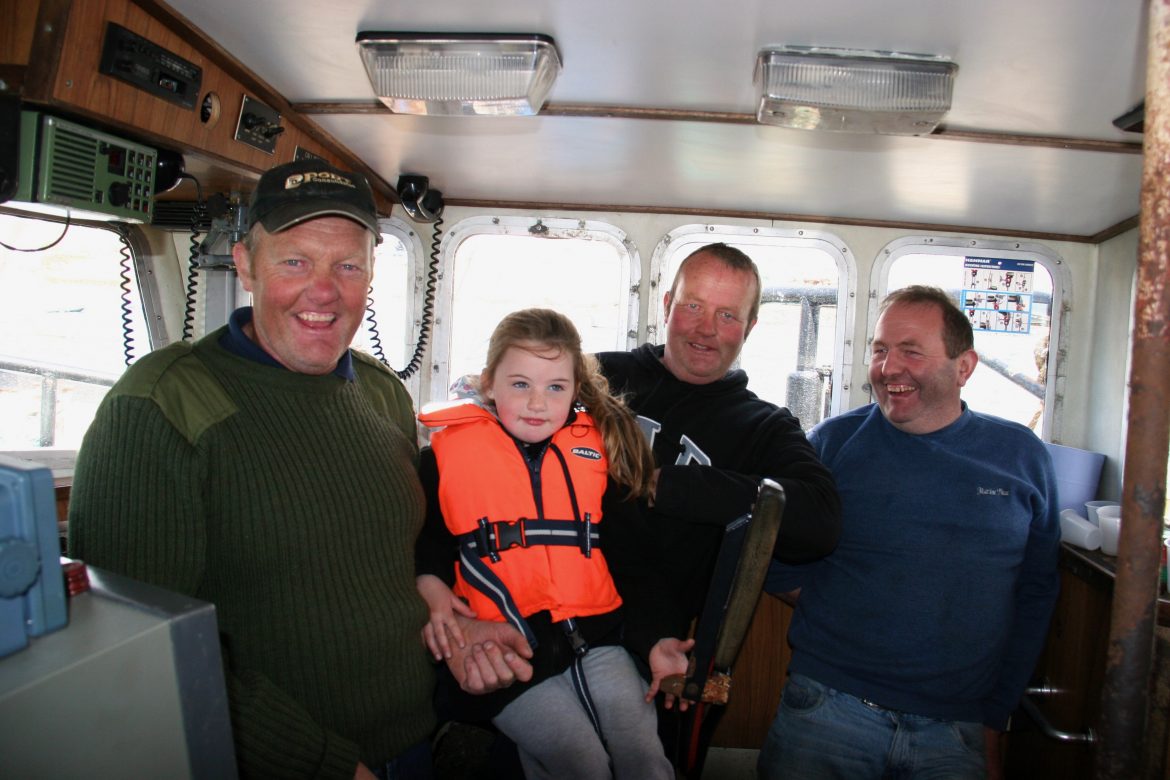 Island communities around Ireland are one step closer to being allowed to fish quota species on a seasonal basis, just as their ancestors did over generations.

The Irish Islands Marine Resource Organisation (IIMRO) this weekend welcomed the passage of the Island Fisheries (Heritage License) Bill through the second stage debate in the Dáil on Thursday.

The development, if it passes through all stages and is written into legislation, means that Ireland’s 30 offshore islands will be allowed to use low impact fishing gear and fish in a sustainable way. The move will also help non-quota species such as crab and lobster recover, which are currently fished all year round.

Recognition for the offshore islands is at the heart of the Common Fisheries Policy since 2012 with the inclusion of the following text in the CFP preamble.

It states: “Small offshore islands which are dependent on fishing should, where appropriate, be especially recognised and supported in order to enable them to survive and prosper.”

Jerry Early, Chairperson of IIMRO said: “The introduction of measures to help return fishing opportunities to island fishers won’t come a minute too soon for communities under pressure.

“Fishing is an inherent part of island culture and we have been working to address shortcomings in the current system for over ten years now. These measures will be cost neutral to the exchequer and will go a long way to help island communities survive and prosper into the future.”

“It’s so badly needed so I hope our politicians will step up to the plate and get this over the line.”

The Island Fisheries (Heritage Licence) Bill 2017 was initiated by Donegal Sinn Fein TD Pearse Doherty in support of fishermen from Arranmore Island in his constituency of Donegal along with Martin Kenny, Sinn Fein TD for Sligo-Leitrim and Martin Ferris for Kerry.

This came following recommendation in a 2014 cross-party Oireachtas report and it will benefit 30 island communities across Ireland.

In a vote on Thursday, the bill was also supported by Fianna Fáil, The Green Party, Labour and Independent TDs from all over Ireland and has now progressed to Committee Stage in the Oireachtas.

“We are delighted that this has gained the support of all of the opposition parties and groups and we look forward to the opportunity to work with all parties at Dáil Committee Stage to ensure that we bring the best bill possible forward for introduction into legislation,” a spokesperson from IMRO said.

He added: “We also welcome the government’s willingness to engage positively with all parties to strengthen the Bill, despite the simplistic negative presentation on behalf of the Department of Agriculture Food and the Marine in the Minister’s absence.”

IIMRO have met extensively with elected representatives and EU commission officials who have assured us that measures addressed in the Heritage License Bill meet all criteria within the Common Fisheries Policy, particularly Article 17. See text below:

“Criteria for the allocation of fishing opportunities by Member States:

“When allocating the fishing opportunities available to them, as referred to in Article 16, Member States shall use transparent and objective criteria including those of an environmental, social and economic nature. The criteria to be used may include, inter alia, the impact of fishing on the environment, the history of compliance, the contribution to the local economy and historic catch levels. Within the fishing oppor­tunities allocated to them, Member States shall endeavour to provide incentives to fishing vessels deploying selective fishing gear or using fishing techniques with reduced environmental impact, such as reduced energy consumption or habitat damage.“

This Bill is the first time that recognition for the islands will be formalised in Irish law by allowing island based fishers fair access to the fishery resource (fishing opportunities) in the inshore waters around their communities.

Successful implementation will allow the island heritage model to be used as a template for the wider inshore sector in Ireland and across Europe.

Everyone wants a Big Scoop at Letterkenny’s...