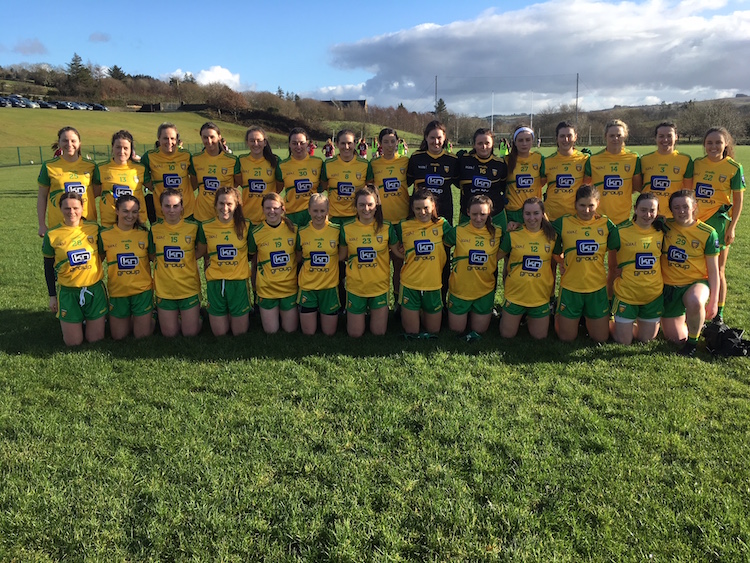 Damian Devaney believes this afternoon’s pulsating contest with Galway will stand to the Donegal ladies.

Yvonne Bonner rescued a draw for Donegal after Galway cracked ahead in the closing stages in Glenfin.

“At three points up, we should have seen the game out,” Devaney, joint manager with Maxi Curran, said.

“We made bad decisions and kicked the ball into silly positions.  It was a massive score by Yvonne to get the draw.

“That was a real, good, competitive game. That will stand to them.

“We weren’t as tight in defence in the second half, but Aoife (McColgan) saved us a couple of times. We were a wee bit open at the back. If we can get the balance right, we won’t be far away.”