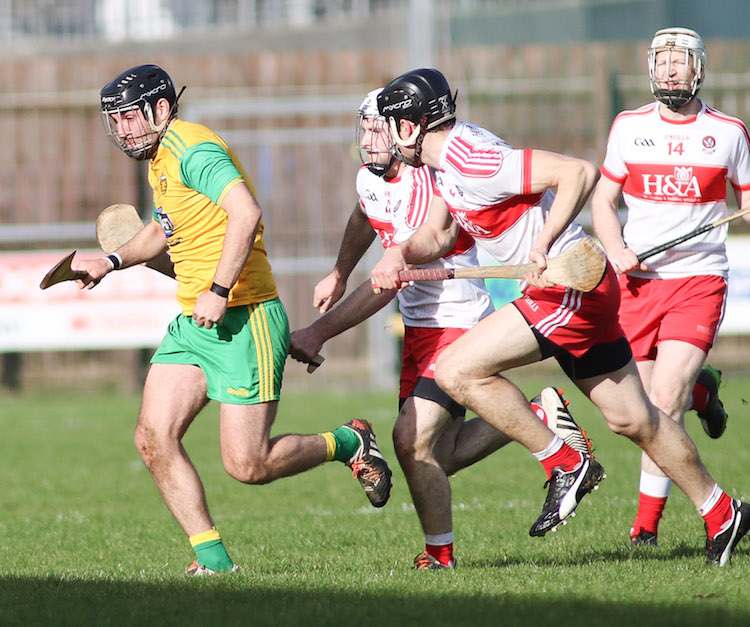 Listen: “It was time we took a scalp” says Donegal hurler Joe Boyle

Donegal hurlers claimed a big scalp in Division 2B – and it’s not before time, according to the experienced Joe Boyle.

Donegal recorded a 4-17 to 2-9 win over Derry in Letterkenny. It was Donegal’s first win over Derry at senior level and a first ever win for Donegal in 2B.

“Derry are very, very strong. They’ve been that bit stronger than us, but it was time we took a scalp.”

Donegal were three up at the break, 1-8 to 1-5, and a trio of goals early in the second half put the game to bed.

The Burt man said: “We got in at half-time, regrouped and got at it. Mickey (McCann), Gabriel (O’Kane) and Paul (Campbell) told us to believe in ourselves. If we work hard and want it, it’s there for us.

“We’re all working hard and thankfully we got the result. We know the boys inside will cause bother if we get the ball into them.”