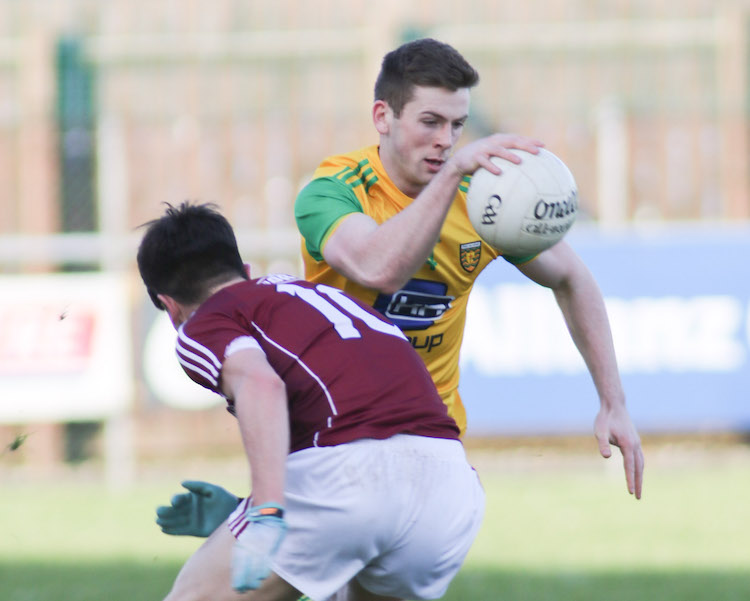 After an opening day home win over Tyrone last weekend, a late Seán Armstrong point gave the Tribesmen a 1-12 to 0-14 win over Donegal in Letterkenny.

Armstrong struck in the 69th minute to steer Galway over the line.

“Whether we win or lose, it’s about looking at the performance,” Walsh said afterwards.

“We feel that we’re the babies of Division 1. Coming to play Donegal, who have a few years of Division 1 experience, is a big learning curve for us.

“It could have gone either way.

“Everybody worked really hard. It was a real team effort. There was real leadership from some of our players and they really stepped up.”

Eamonn Brannigan’s goal midway through the first half had Galway 1-7 to 0-8 in front.

Galway gave up two scores late in the half and Walsh felt their advantage might have been greater at that stage.

He said: “We should have been up more at half-time and we played well enough to be up more.

“Being a point down against Donegal heading into the home stretch is a tough place to be, but it’s a great experience because you have to dig it out. We had to be a bit more clinical and we were at the end up.

“We could have left the fingernails a bit longer if we had taken a few chances earlier in the game. I feel that we left a few scores behind us, but the work rate the lads put in compensated for not taking as many chances.”