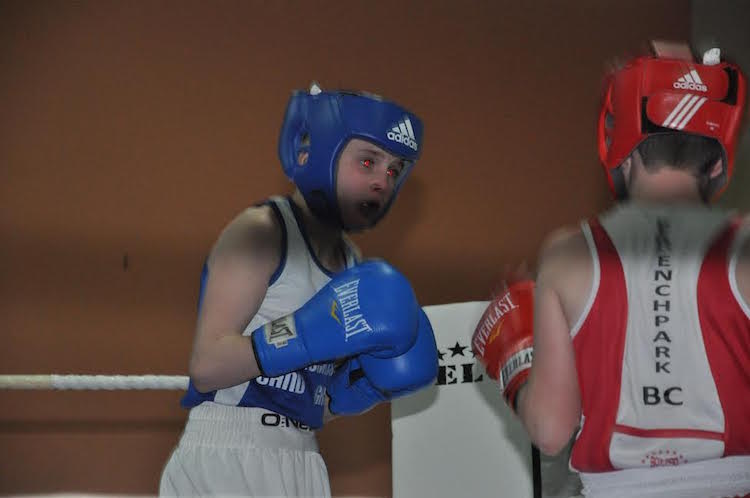 Dunfanaghy Boxing Club had a successful tournament in the Ozanam Centre on Saturday.

Dunfanaghy boxers won 11 out of 13 bouts against a selection of good opposition from Donegal, Tyrone and Roscommon.

Some of the top contests of the night were: Bernie McDonagh ( former Irish champion) who out pointed his opponent Paul Brogan from Letterkenny BC in a cracking fight.

Dara Breen got the nod over Martin Mc Conigle also from Letterkenny in another close battle.

Odhrán McGinley and Michael Panniane from Roscommon gave a good display of guts and determination with the slippy Panniane getting the verdict at the end.

Oisin Wallace got revenge over Liam McMonagle from Raphoe who had previously beaten him last year. But the Dunfanaghy boxer floored Mc Monagle in the first round and took the decision this time.

Sean Kelly was the most unlucky boxer of the night loosing on a split decision to Jimmy Fitzmorris in a skillful contest that everyone thought Kelly should have won.

Other winners on the night representing Dunfanaghy were Cormac Hall, Killian Durning, Bernie Mc Donagh, Odhrán Wallace, Seanna Jackson, Anton Brady and Jerry Boyle. The club would like to thank everyone who contributed to this show and a special thanks to all the sponsors.

Moses Alcorn was on hand to capture the action … 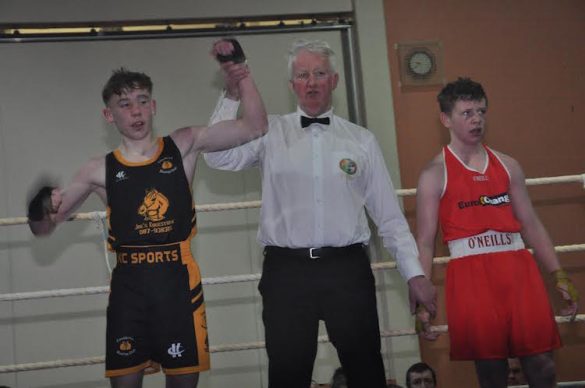 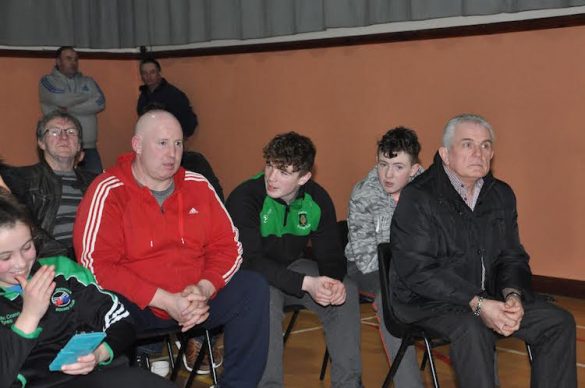 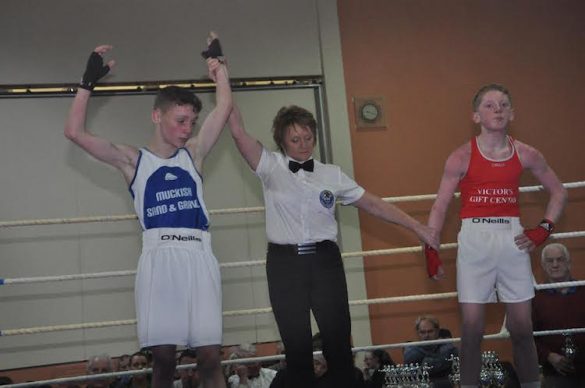 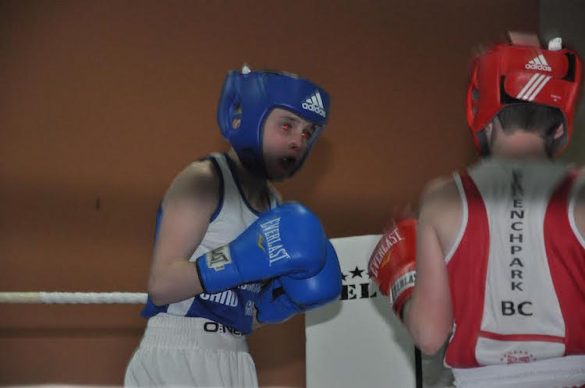 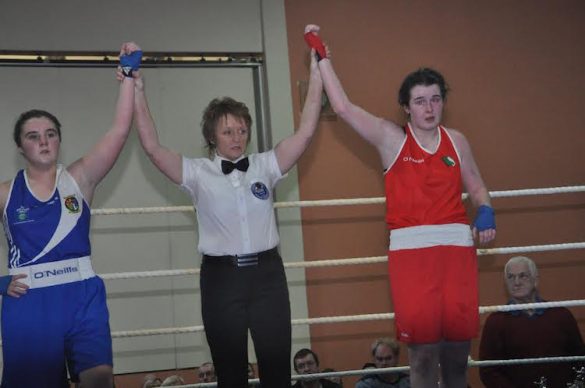 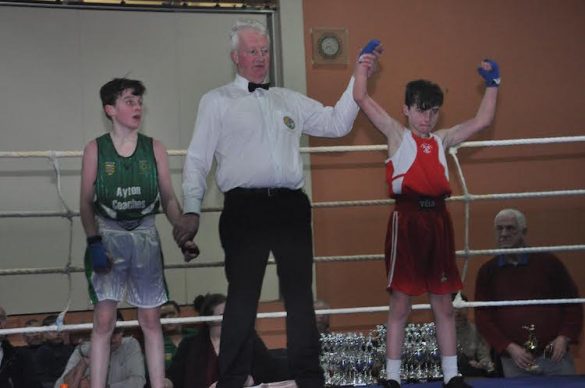 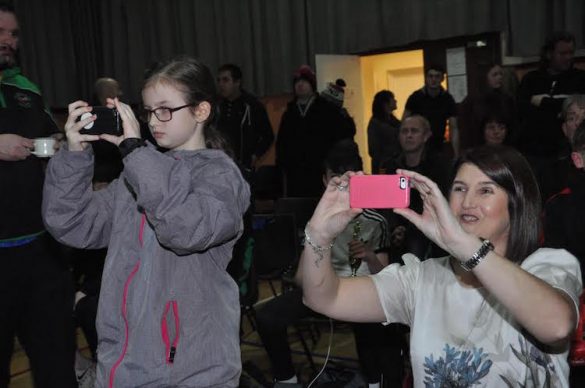 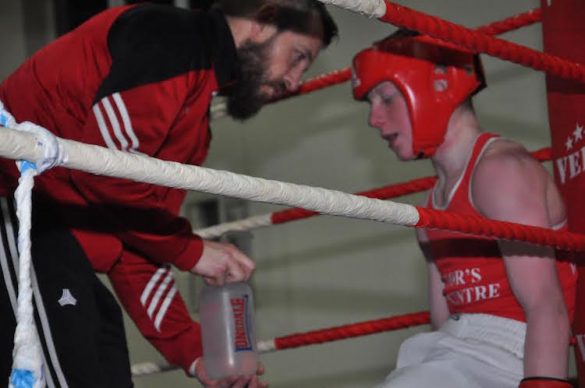 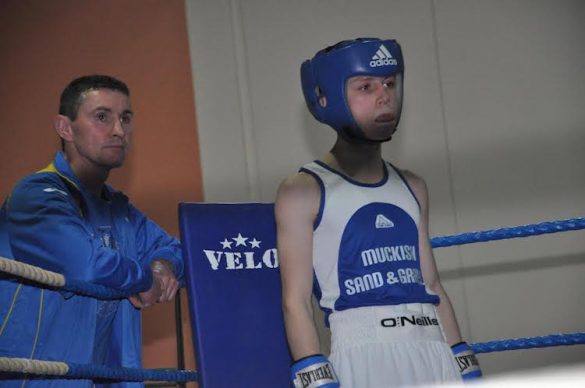 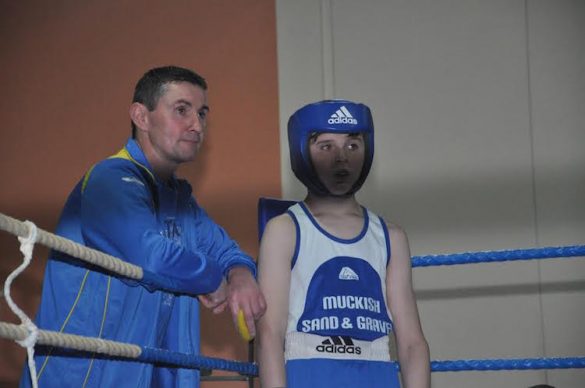 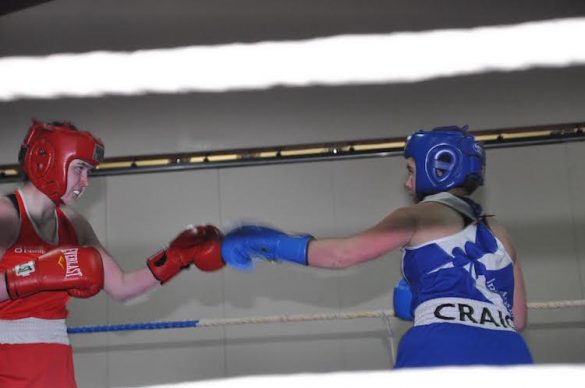 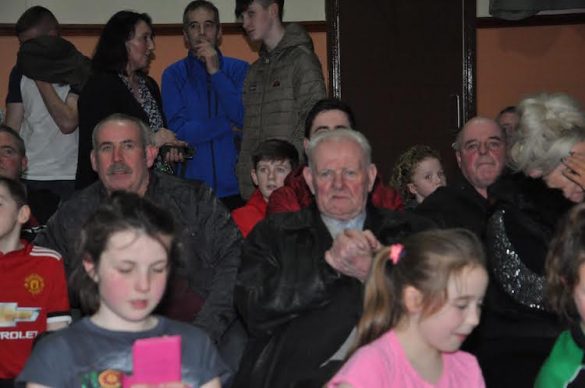 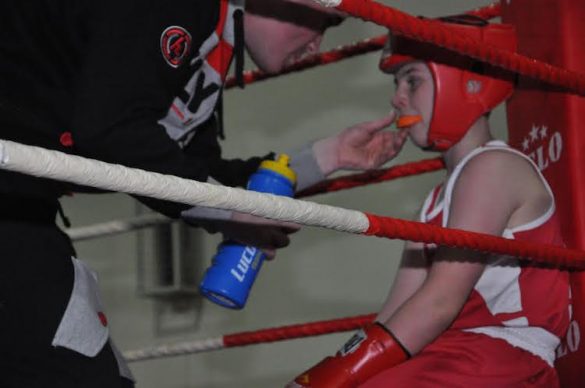 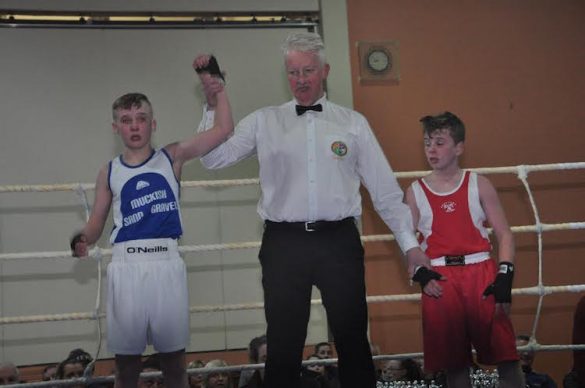 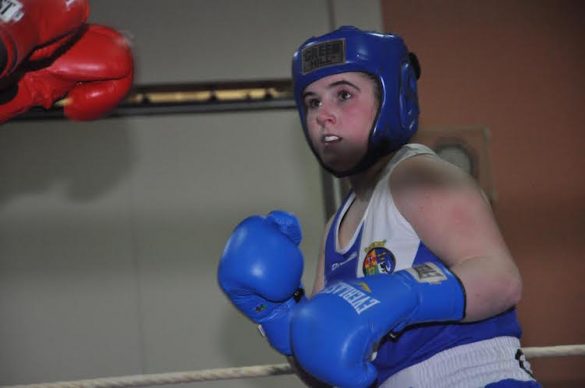