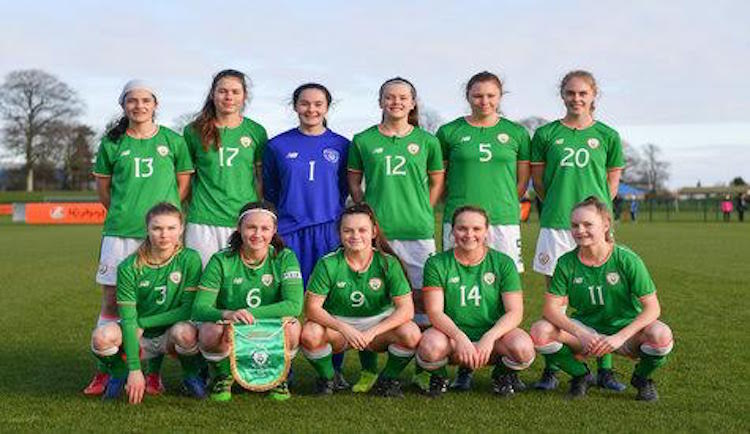 Starts for Toland, Boyle-Carr, but Irish U17s lose out to Denmark

Tyler Toland and Amy Boyle-Carr played on the Republic of Ireland U17 team that lost out to Denmark in a friendly yesterday evening at the FAI National Training Centre.

The two teams play each other twice this week, as both continue their preparations ahead of the Elite Round stage of the UEFA European Women’s Under-17 Championship.

In a game of few chances, Denmark’s two goals came from free-kicks. Midway through the first half, Danish midfielder Emma Snerle’s shot hit the crossbar, before Laura Juul tapped in the opener. Less than 15-minutes later, Snerle found the back of the net with another free kick from the edge of the box.

St Johnston’s Toland and Glenties’ Boyle-Carr both started the game for the Girls in Green, who play again on Thursday against the Danes.

Ireland manager Colin Bell said: “We dominated the game in the second half, without having clear cut chances. We kept Denmark out, but we had much more of the ball. We looked sharper too, and will learn the lessons we have to ahead of the second match.”