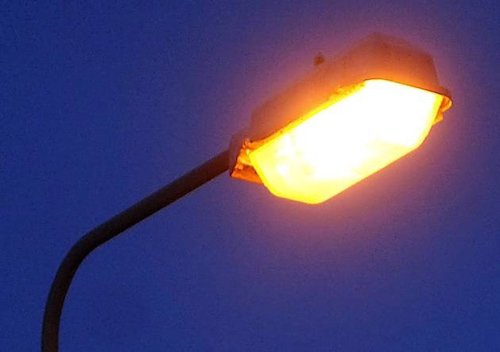 Cllr Patrick McGowan has called for funding to upgrade street lights in Ballybofey and Stranorlar to an exceptional standard.

He says this follows recent changes which he claims has left the footpaths in both towns dangerous for pedestrians.

Cllr McGowan raised local concerns about pedestrians safety at last weeks council meeting when the Council agreed to borrow €13 million over five years to upgrade street lights across the County to LED lights.

He said “The existing street lighting in Ballybofey and Stranorlar is totally inadequate.

“The light poles themselves are staggered along the length of both towns and I believe they were installed too high originally.

“Each street light is expected to light the footpaths on both sides of the road but this was not very successful using the old yellow SOX lights and the situation has got worse as the new white LED lights shine straight down on a very small area of the footpath.”

In addition to inadequate lighting, Cllr McGowan has demanded additional infill street lights be installed between the Garda station and the Balor as well as Stranorlar Main Street.

He added “I welcome the response from Roads & Transportation Director John McLaughlin at Last week Council meeting and this week update from Local engineer Adrian McCool that the Council will get the lighting in both towns surveyed.”