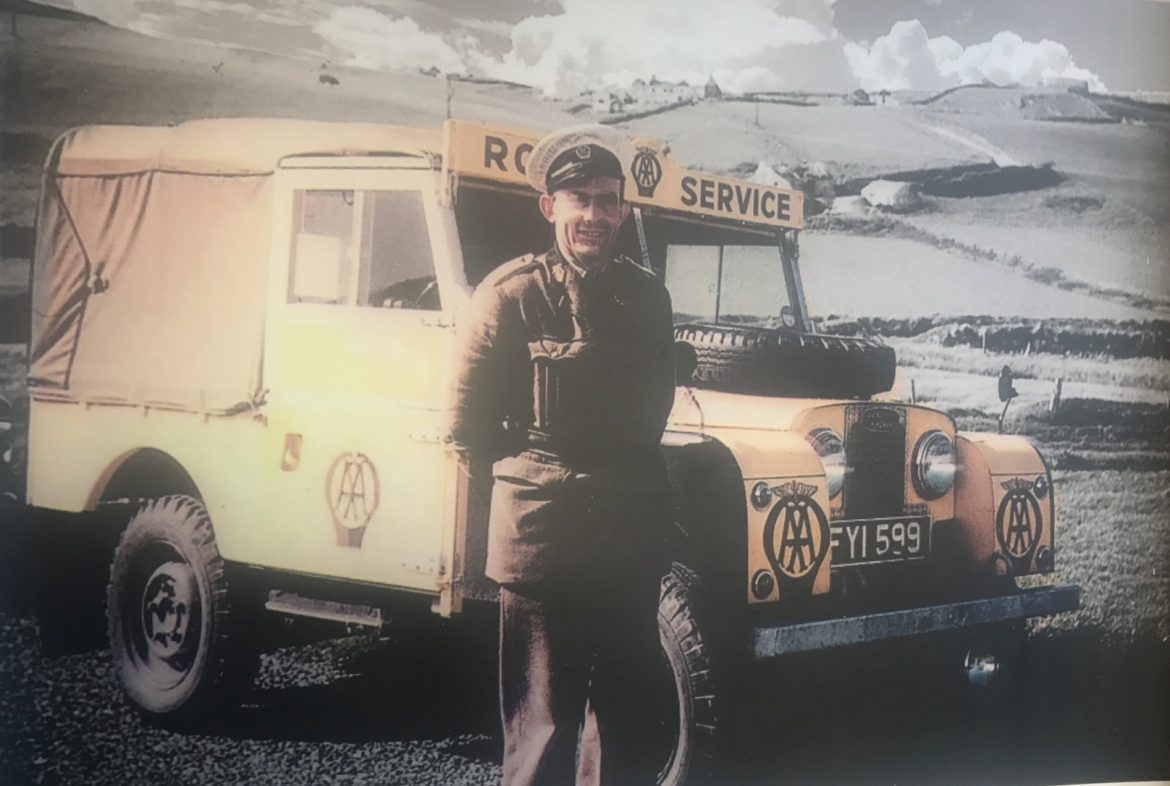 DD Motoring: From Kerry to Kelly’s

We were the Veedol ton up boys or “Cafe racers” back then on our bikes with clothes pegs and pieces of Cornflake boxes making an engine sound when it hit the spokes of the wheels, around the green but not allowed onto the main road. 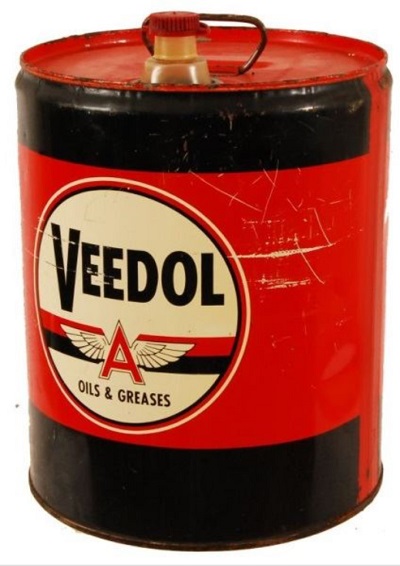 The famous Veedol oil brand which was familiar to the locals in Wolfe Tone Place.

This all comes back to me as I sit in a recently renovated Diner at Kelly’s at the Mountain Top and proudly look at the larger than life size poster of my neighbour in sepia pictures around the diner.

He was looking sharp in his uniform complete with cap and long arm driving gloves. Today the voice of the AA is Conor Faughnan, but back in the day the face of the AA in Donegal was Foley as in Tim!

He could have been from anywhere that the Automobile Association was on call to help its 55 million members looking at this fine picture of him in the wall, but he was my neighbour from 31 Wolfe Tone Place in Letterkenny four doors up from our home at No 27.

The pictures are from Letterkenny with Tim in his AA motorbike and sidecar and another one of Tim pictured beside an old Series 1 Land Rover and a final picture of Tim saluting local man John Crerand in his car as he drives out of Letterkenny. 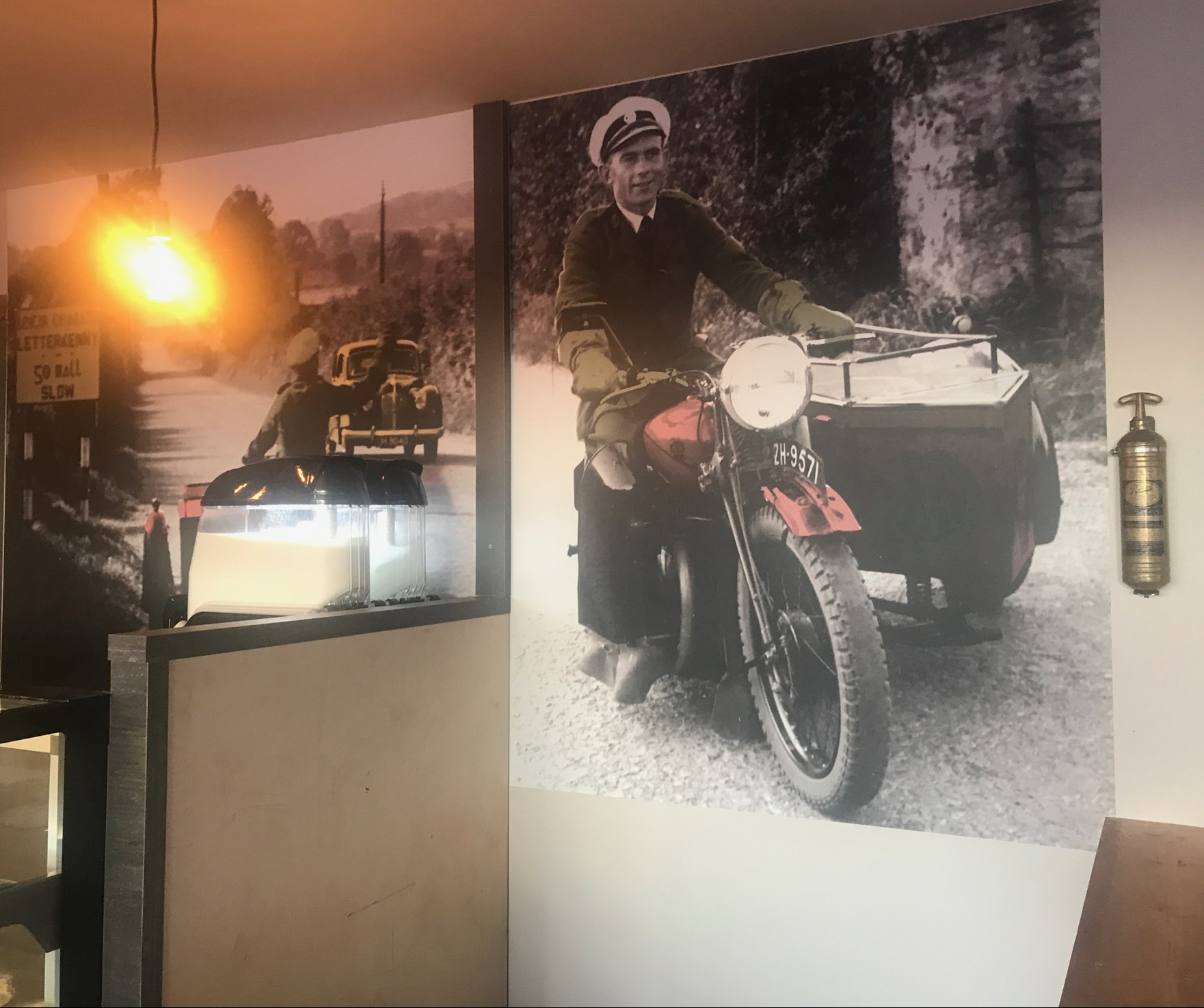 The sepia tone pictures look to be from the 50s or early 60s and gives a great insight of what life was like on the roads in Donegal. Tim Foley was originally from Kerry and came to Donegal where he was stationed with The AA. He met his future wife Rose from near Ballybofey and came to live in Letterkenny in Wolfe Tone Place. 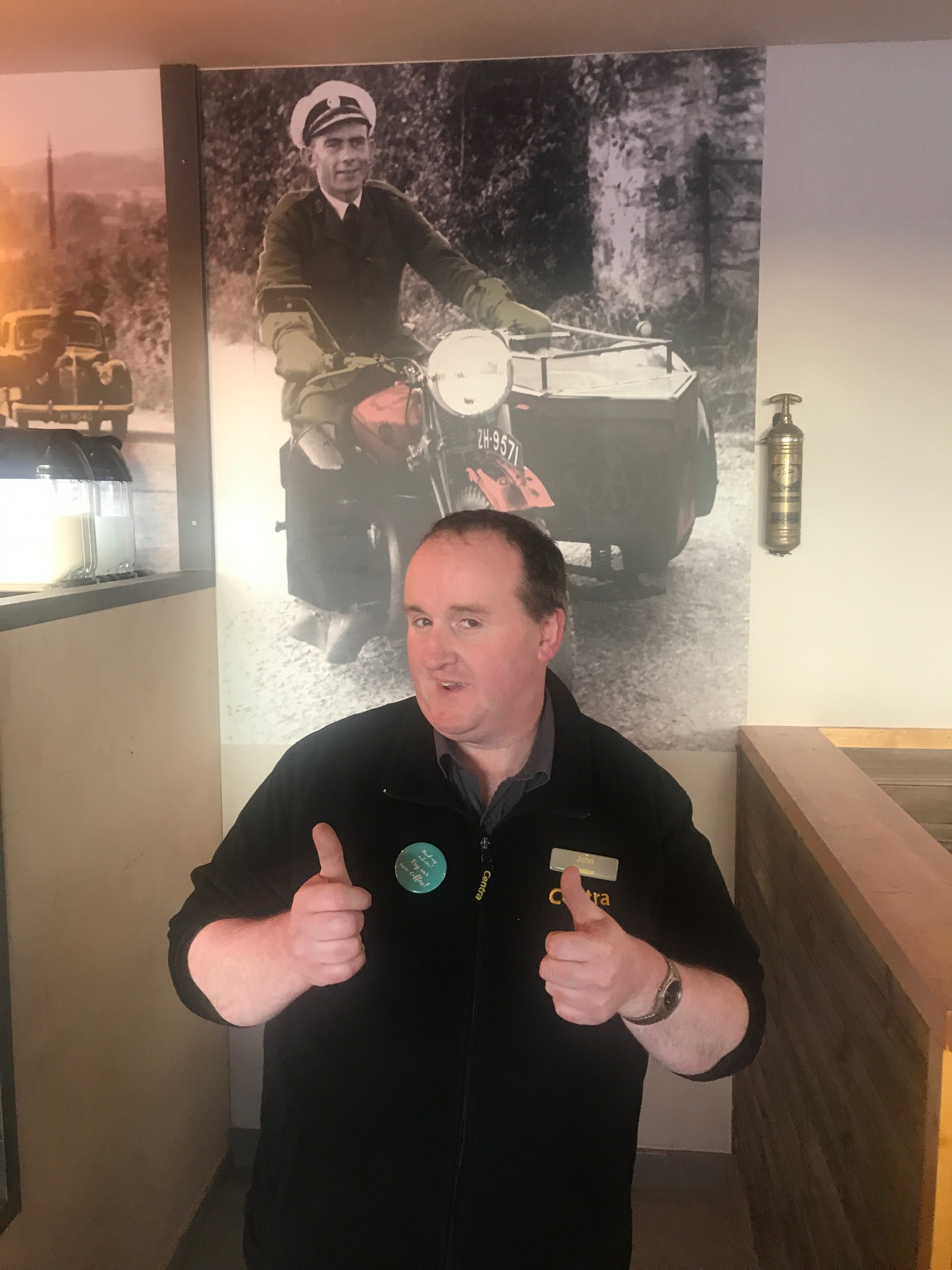 John Walace pictured at the poster of the Late Tim Foley which sits proudly on the walls of Kelly’s Diner. Photo Brian Mc Daid

When the AA centralised their call out in the Northwest to Sligo, Tim stayed in Letterkenny and got work as a telephonist in the telephone exchange at night but by day he was still into the cars and was the area agent for Veedol oil. When we were wanes in Wolfe Tone Place we all got Veedol stickers from Tim for our bikes which looked so cool. An STP sticker was the normal one for the motor fans but up in Wolfe Tone we were different.

Little did we know that Veedol was a world famous brand which was the oil of choice of Henry Ford and his model T and was also used to lubricate the first airship that flew around the world! Sadly Tim has passed from this world a good few years now but most will remember Tim in his bicycle shop, Church St. Cycles on the Church Lane.

I once bought a Raleigh bike from him which is still going strong now down in Galway. It is on loan to my sons as a transport option for him to and from school.

Walk the line
Patrick McIntyre was a member of the committee that worked on the old Lough Swilly railway line to make it into a walkway near Cresslough. The line hugged along the bottom of Muckish mountain with views out towards Tory Island. I’m sure Patrick dreamt of the benefits it would be to locals and tourists alike who could benefit from of the remoteness and raw beauty of Co. Donegal, unfortunately Patrick never lived to see the benefit of his work and the committee’s effort.

His efforts were not forgotten though and the day that section of track was open as a walkway his wife Winifred was asked if she would do the honours and cut the tape, which she did with sadness and pride. That was on the 13th of December 2013 and I was privileged to be invited. It became part of my journey called “walk the line” that I completed that year.

On Monday this week I was back on the old railway line in a section I had difficulty finding in 2013. Gatehouse No 7 and Gatehouse no 8 out of Letterkenny on the Lough Swilly extension line to Burtonport are different to any other gatehouses as they are built a good distance from the crossing they were built to service. 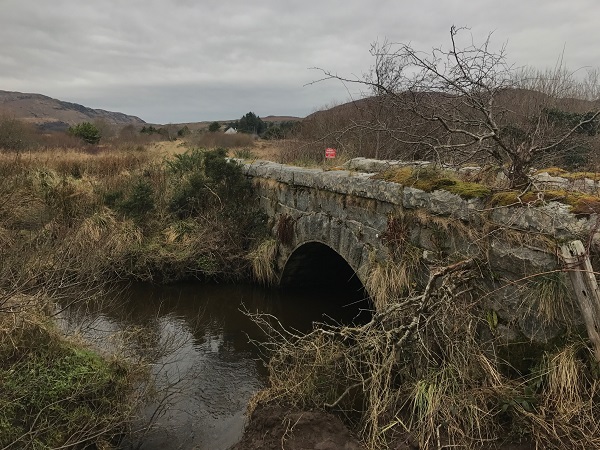 An old Bridge out in the middle of the wilderness one used by the Letterkenny to Burtonport extension line from Derry. Photo Brian McDaid

That is because the ground was too soft to find a footing for the founds for them where the railway ran through. These are located on the Termon side of Barnes Gap. 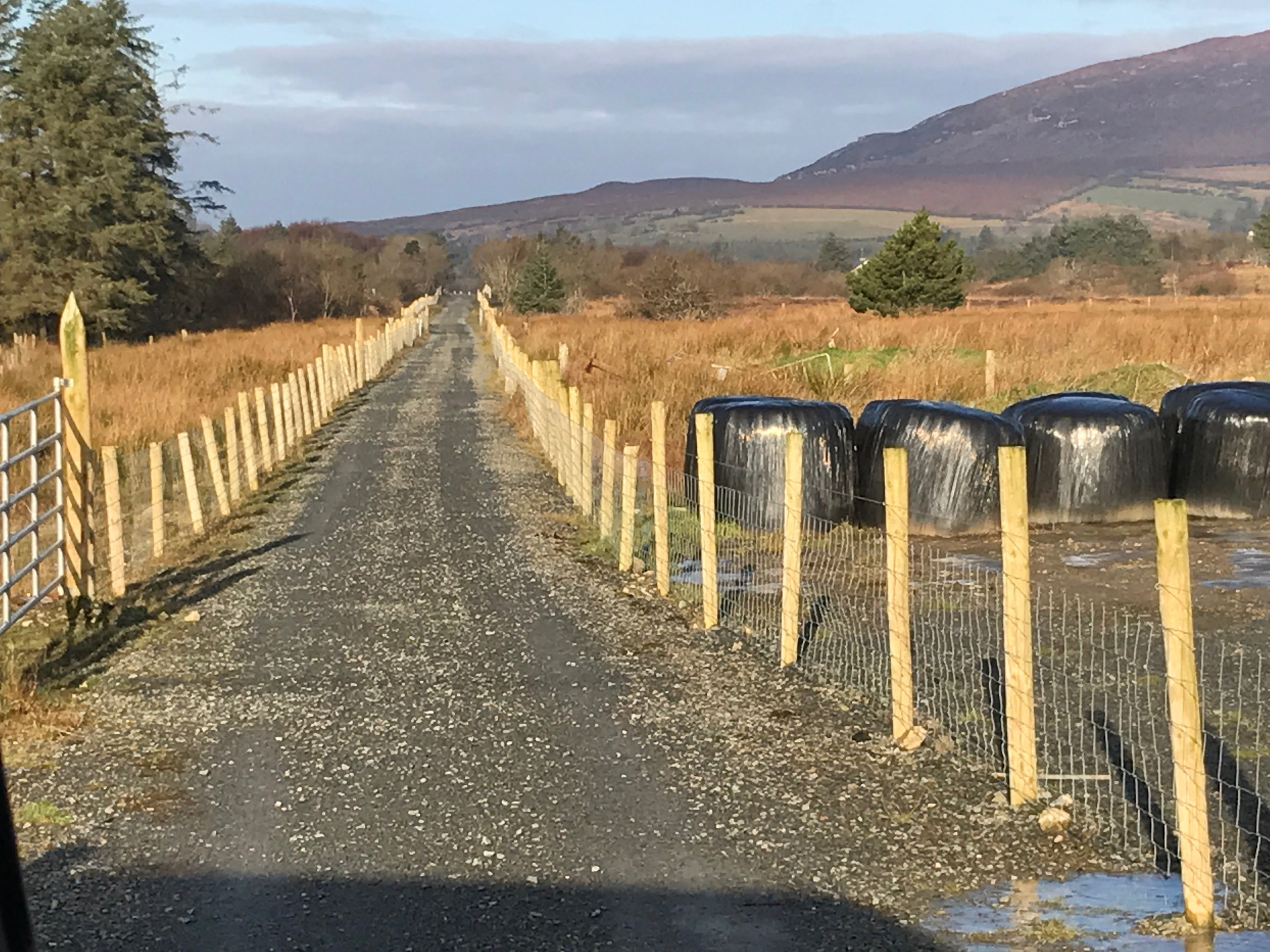 A great start to the railway line walk which we had a sneak preview of this week in Termon. Photo BY Brian McDaid

So as you can imagine Graobhin An Termon have done great work to get this section back on track. A fresh path of 801 grade stones with drainage to either sides and fencing and new galvanised gates for the landowners along the way hopefully will ensure that all who want to use it will respect the benefits of walking through a part of Donegal that is unspoilt. 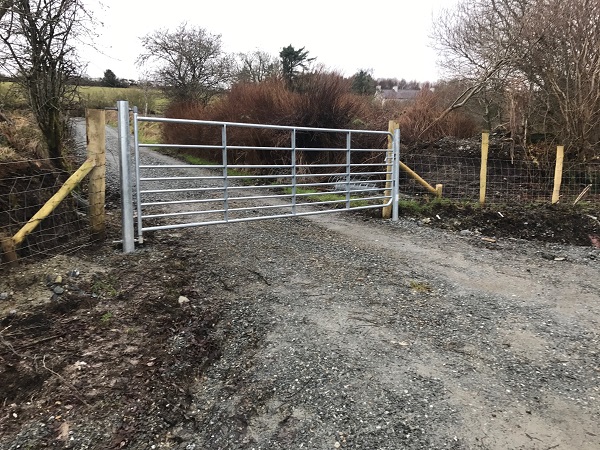 New gates along the old railway line to ensure that walkers and land owners are treated with the respect in this great local facility in Termon. Photo Brian McDaid

Walking this line this week in its remoteness I can’t help thinking about part of Donegal that hasn’t changed for generations, so the view that I saw on Monday was the view that everyone else seen that ever walked this section of line before me.

Journey of hope
When I walk the line in 2013 an elderly man told me of his memory of the railway when he was a young boy. It was a regular sight to see groups walking in their bare feet into Kilmacrennan Station with their shoes draped by they laces around their neck.

Children and adults would spend a night in the station which is in Termon sleeping in sheds and spending time in Doonwell where they would pray that they would get work in the following days when they would make the last part of the journey to the hiring fares in Letterkenny by train.

This section of walkway is not opened yet but it a credit to the people that believe in the benefits of it and hopefully a section of the walk may be opened later this year.