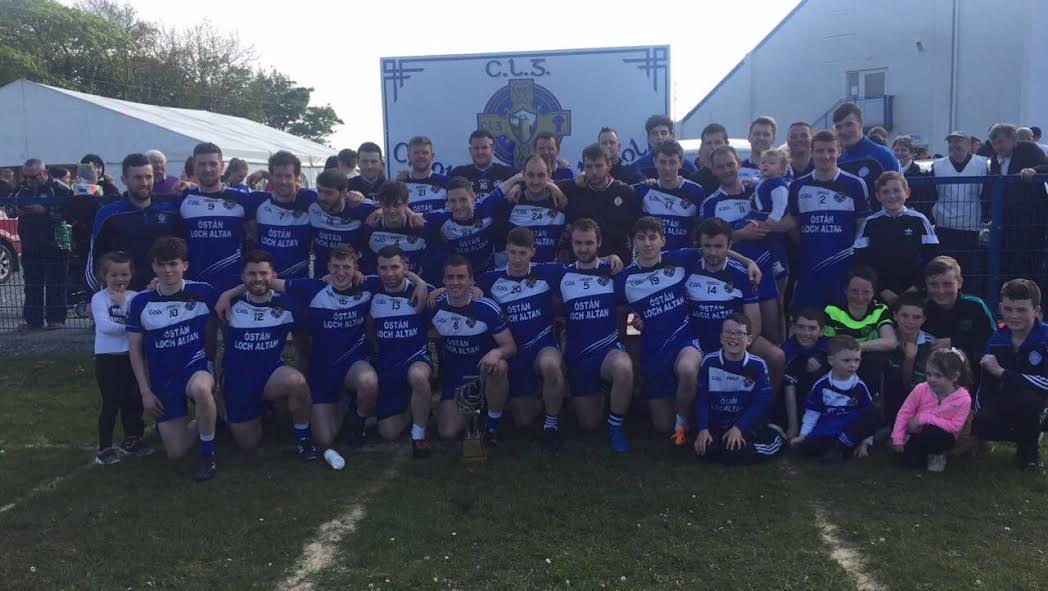 The draws have been made for the 2018 Donegal Comórtas Peile na Gaeltachta.

Cloughaneely, who won the Donegal title last year, have been drawn against the Donegal SFC winners KIlcar in one of the first round clashes while last year’s beaten finalists Glenfin will be at home to St Naul’s.

There is a tasty derby down for decision between Termon and Glenswilly in round two with a first round derby between Ardara and Naomh Conaill to get the pulses going.

The county finals will be held on the May Bank Holiday this year with Downings the venue. 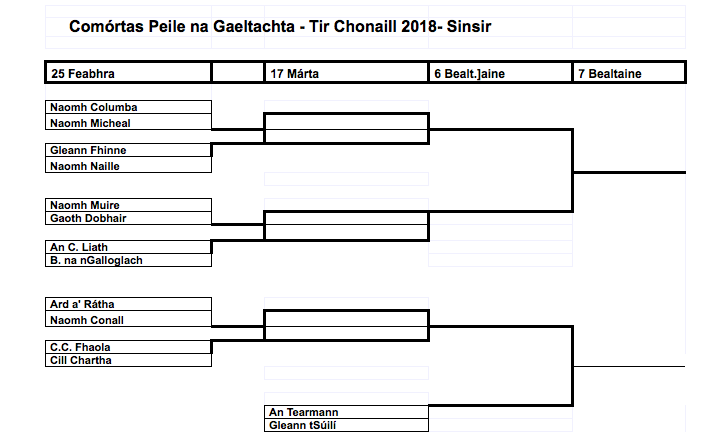 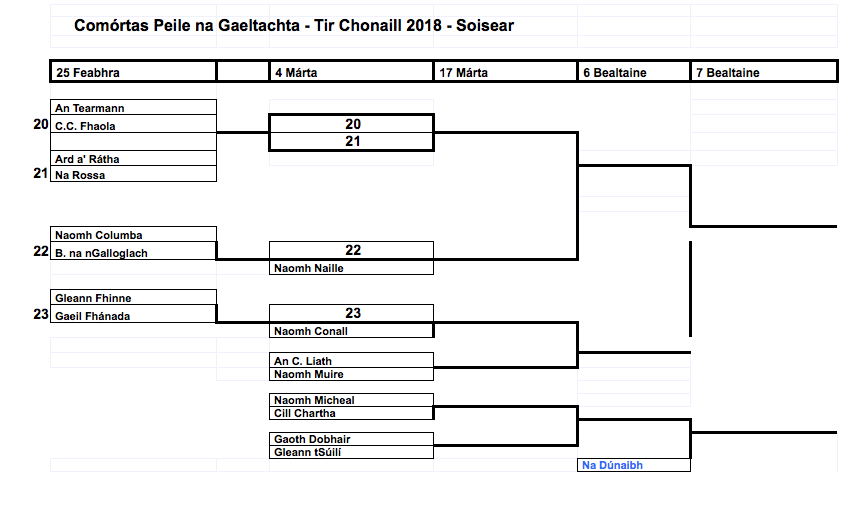