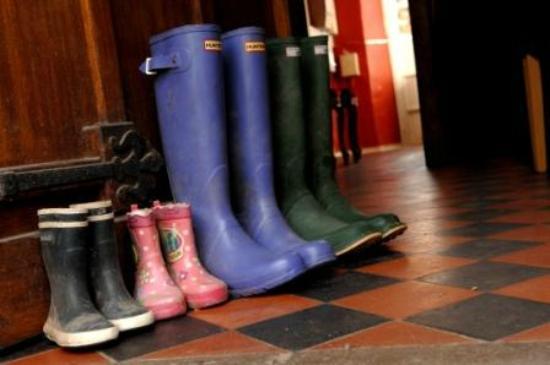 Farmers and all those involved in rural activities are to attend a meeting of The Irish Family Farm Rights Group (FRG) at the Station House Hotel, Letterkenny on this coming Sunday evening at 7pm.

The group was founded two years ago and is seeking to restore a higher degree of transparency across all farming interests and a fair deal for the small producer.

Donie Shine, and Thomas Gunning from FRG have been petitioning farmers attending local marts in Donegal in the past seven days seeking a fair deal across the agri-industry and they’ve had a high response rate.

The Letterkenny meeting will focus on a range of issues but foremost on the agenda is the crisis in the suckler cow trade.

FRG is calling on all farmers to stand shoulder-to-shoulder to fight for equity within Irish agriculture and for fair trade for Irish farmers.

Donie Shine, the FRG National Chairman says the very future of the Irish suckler cow sector is at stake.

And with a 14% decline in suckler stock a key priority for the FRG has to be €300 suckler cow payment to stop the downward trend and potential demise of this vital part of the cattle trade in Ireland.

“Now is the time to act before it is too late. Together we can make things happen. Everyone in the industry is getting more out of farming than the actual farmers and we have to fight back and stop that rot where a small group of millionaires control the price if everything we eat,” added Mr. Shine.

He told the Tirconail Tribune that Donegal and West Cork, Kerry, Connemara, Mayo and the West of Ireland have been left to fall asunder by successive Governments and the main farm organisations are primarily interested in the larger holdings where CAP payments are over €50,000 a year.

At the same time, Shine’s worst fears have been realised this week with Deputy Michael Fitzmaurice publishing the details of a Dail response to his queries revealing that suckler numbers are in freefall with a 14% decline in the past six months.

Deputy Michael Fitzmaurice says the staggering fall in suckler cow numbers are for the period June to December.

“We won’t have an industry by the time of the next CAP Programme if this trend continues. I am now calling on Minister Creed to come out of hiding and realise that his responsibility as Minister doesn’t just apply to dairy farmers. In many parts of the country the suckler cow is critical, especially in western areas which accounts for almost 60% of the total suckler cow numbers.

“In these areas the Minister and his cabinet colleagues need to understand the importance of the industry to the wider economy. This fall in numbers won’t just impact on farmers. In our meat factories, exports and marts it will mean 3000 a week less animals,” he added.

The cost of keeping a suckler cow is driving farmers to get out of suckling, according to Thomas Gunning.

Having visited over half of the marts in the country to date compiling a petition, Gunning believes that the suckler sector is in dire need of support.

The nationwide meetings are being held in order to discuss what can be done to avert the demise of the suckler cow, as well as other problems within the beef sector.

The suckler cow sector has become the ‘poor relation‘ of Irish agriculture since the abolition of milk quotas in the dairy cow sector, according to the FRG.

On the other hand, the dairy sector has increased its output by 50% and on current trends is proposed to exceed its target by 3% by 2020; while the suckling sector appears to be in terminal decline, the FRG added.

An alarming number of farmers on the ground are telling us that they are going to ‘get out’ of suckling – because, the cost of keeping the suckler cow is decimating their incomes.

When we joined the EEC in the early 1970s, farmers were told that the costs of food production would be subsidised to maintain farm incomes – while facilitating cheaper food prices to the consumer. But, in the meantime, the costs of production have soared, subsidies have been cut and real farm incomes have declined.

Even though suckler farmers are using better quality bulls and breeding stock to produce a better quality animal, they are getting less for their product,” he said.

Gunning is also in favour of a suckler cow payment; but, he believes if the Minister for Agriculture, Food and the Marine Michael Creed waits until post-2020 to consider introducing such a payment, there will be significantly less suckler farmers in the country and that it might be too late for the sector as a whole.”

Gunning said: “When will Irish farmers say enough is enough. We are brainwashed to produce more and more and to take less and less for our produce.

“The Irish farmer needs to wake up and fight for fair trade legislation. Pressure needs to be put on the Irish government, retailers, meat factories, merchants and co-operatives to give farmers a fair price for their produce.

“Farmers are fed up of rules and regulations. Everyone seems to be getting more out of farming than the farmers themselves.”

The FRG has been organising public meetings to discuss the issues facing Irish farmers and to formulate a plan to address these problems.

As well as this, IRG has highlighted that encouraging farm expansion in some cases is unsustainable.

Tomas Gunning says: “There is a sense of dread and fear when an inspector from the Department of Agriculture, Food and the Marine arrives on the farm. Inspectors are going to town on farmers. A yellow card system needs to be put in place as a matter of urgency.

“In other businesses you get a second chance to correct mistakes. A time limit needs to be introduced where farmers can correct any mistakes before any penalties are handed down.

“Farmers are taking these inspections to heart and they are terrified of department inspectors,” Gunning added.