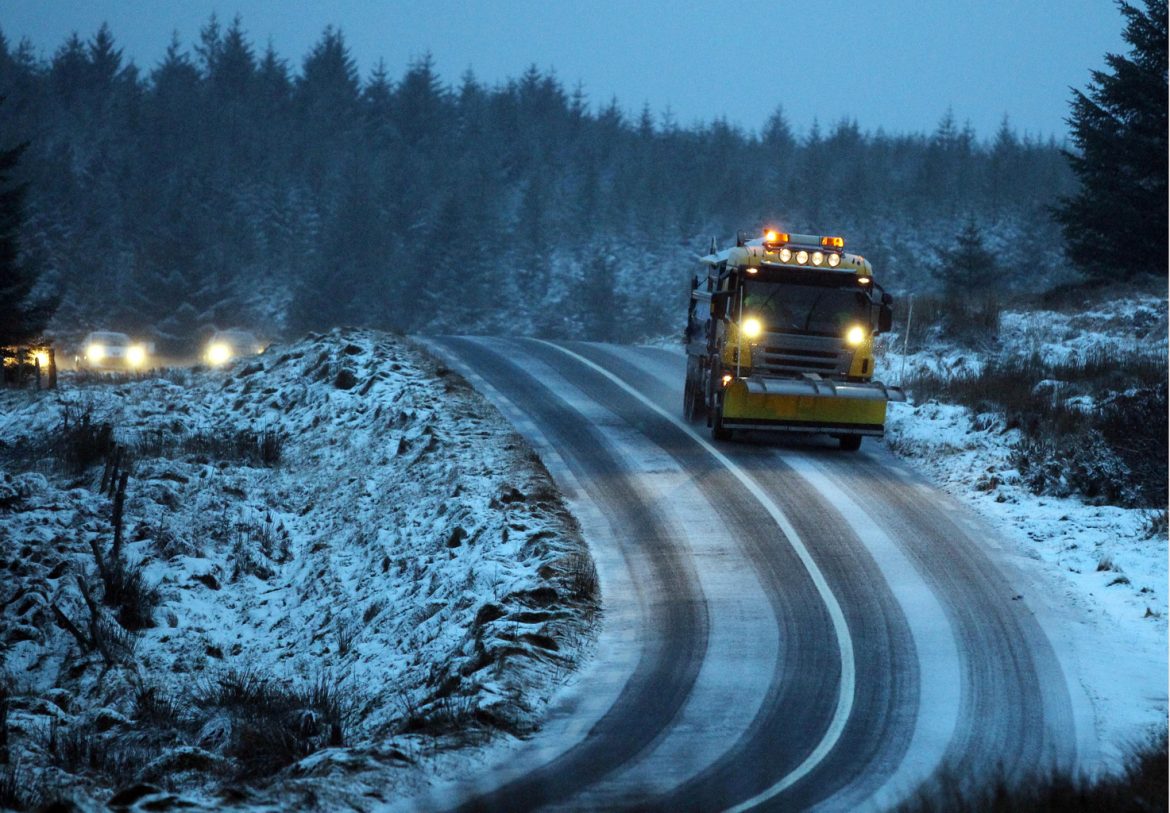 Met Éireann has issued a nationwide snow-ice warning as temperatures dip to -2 tonight.

The forecasters say that the wintry showers will give accumulations of up to 3cm of snow, with larger amounts on higher ground particularly to the north and west of the country.

The warning is valid from midnight tonight until 23:59 on Sunday night.

“The rain, heavy in places will clear to the east early tonight with scattered showers following. It will become very cold with the clearance and the showers will turn wintry as the night goes on. Lowest temperatures of -2 to 0 degrees in moderate to fresh northwest winds, with frost and some icy patches developing,” the regional forecast indicates.

Tomorrow will bring showers of rain, hail, sleet and snow. Showers will be most frequent in the northwest, with a risk of thunder.

The wintry showers will continue into tomorrow night with accumulations of snow expected, and frost and icy patches developing. Lowest temperatures of 0 to -3 degrees.

The UK Met Office has also issued a snow-ice weather warning for Northern Ireland, with 2 – 5cm of snow expected to accumulate.

“Ice will also be a hazard overnight into Sunday morning and then is expected to return in the evening,” The Met Office’s Chief Forecaster says.

“Frequent showers of hail and snow are expected through Monday morning and the first half of Monday afternoon. Showers will be heavy, with lightning an additional hazard. 2-5 cm of snow is likely to accumulate relatively widely, with some areas, particularly above 150 m, possibly seeing 6-10 cm of snow. Strong winds will lead to drifting of snow, with temporary blizzard conditions over higher routes. The showers will gradually become less frequent and heavy through the day,” they continued.

It will continue to be nippy on Monday, with highest temperatures of 4 to 7 degrees.

“Towards Monday evening, rain will develop in the west. It will spread eastwards through the evening and early night, falling as sleet and snow in many areas. It will clear overnight with wintry showers following and with frost and ice developing. Lowest temperatures of 0 to -3 degrees,” Met Éireann says.