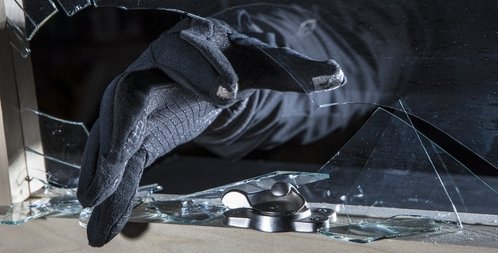 A Donegal Town bar has launched an appeal for information after being targeted by thieves for the second time in recent months.

Two raiders broke into The Coach House in the early hours of Friday morning and left with a sum of money.

The bar had previously been targeted in the early hours of the 12th of December last, with two robbers fleeing with cash and a quantity of stock.

The owner of the bar, Gary Pearson, is offering a €500 reward for any information that can lead to an arrest and conviction for Friday morning’s break in.

Speaking to Donegal Daily, Gary says that he discovered the premises had been broken into when he arrived at work the following day.

“It was nearly Friday afternoon by the time I got there to open the bar when I noticed it had happened again,” he explained.

The thieves entered through the back entrance of the premises, through the car park behind Ulster Bank on Donegal Town’s upper main street. The culprits left the same way after looting the bar.

Local businesses are asked to look out for anyone using a large amount of 10c or 20c coins as the two men stole several bags of change from the bar’s change box.

One of the culprits is of stocky build, and the other is of slim build. The men may have been carrying a gear bag.

The burglars fled on foot after leaving the premises, and Gary is now appealing to the public for any information that may lead to an arrest.

“We’re appealing to people that may have seen anything out of the ordinary between 3am and 4am on Thursday night to get in touch with the Gardaí, or anyone that was been walking or driving past the Bosco, the Drumrooske Estate, or Ulster Bank that might have seen two people walking around at that time,” Gary says.

Anyone with any information is asked to get in touch with Donegal Town Gardaí on (074) 9721021. You can also send a private message to The Coach House’s Facebook page.