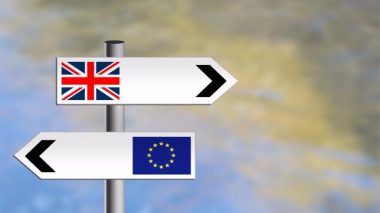 Fianna Fáil TD Niall Collins has criticised the tardy publication of a report focused on ‘Sectoral Implications arising from Brexit: Most Exposed Sectors’ which was promised before Christmas and is now not likely to be made public until 2018 at the earliest.

A second Fianna Fáil TD,  Stephen Donnelly, has also criticised the delay – and questions whether the report even exists.

Limerick Deputy Niall Collins was commenting after receiving a parliamentary reply from the new Minister, Health Humphreys where she states that “the aim is to publish the findings by end of Q2’.

“This is very disappointing and demonstrates the consistent lack of action by the Department in preparing sectors heavily affected by Brexit to deal with its impact. The Minister must come clean about the reasons why such a delay is being tolerated by her, and why she is so afraid of releasing the contents into the public domain,” said Collins, who is Fianna Fáil’s Spokesperson for Business, Enterprise and Innovation.

“Last November, the former Tánaiste and Minister, Frances Fitzgerald informed me that the analysis would be published by the end of 2017. I appreciate that a new Minister took office in December 2017, but I do not see how an additional six months in delays came about between November 2017 and this week,” Deputy Collins said.

“March 2019, the date on which the UK is planning to leave the European Union, is now less than 14 months away, leaving businesses with just nine months to prepare for Brexit based on the analyses conducted by the Department.”

Fianna Fáil is now calling on the Government to publish this analysis, and the review of Ireland’s enterprise strategy, ‘Enterprise 2025’, before the commencement of Phase II Brexit negotiations.

Collins continues by saying that it seems that many sectors of Irish society, including the government, “have become numb to the potential damage and harm that Brexit will cause to Irish business, farming and enterprise.”

“Full disclosure of all analyses, reports and data must take place as soon as possible,” he continued.

“We owe this to our businesses and enterprises that are under-prepared for what is the greatest economic threat to the State since its foundation. We must be prepared for all potential scenarios that may come down the line. The best way to prepare, in my opinion, is to have as much information available as possible.”

Collins’ Fianna Fáil colleague Stephen Donnelly TD has also slammed the delay, and questions whether the analyses even exist.

“We have seen delays in the publishing of Sectoral Exposure Analyses, if they even exist at all, and through our engagement with organisations representing the interests of farmers, fishermen, exporters, health professionals and many others, it is obvious that domestically the Government is not preparing the Irish economy in the way it needs to withstand the consequences of a hard Brexit,” says Donnelly, Fianna Fáil’s Brexit Spokesperson.

“At present with the current status of negotiations between the UK and the EU, we are on the road to a hard Brexit and, ultimately for us here in Ireland, a hard border on the island.

“Even the most optimistic scenario with Northern Ireland staying in the Customs Union and Single Market will see a marked reduction in Irish GDP.

“The chest beating of the past 18 months needs to be cooled down, and we need to start doing the ground work needed to protect Irish jobs.”