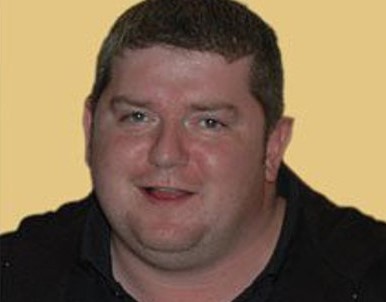 Gardai in Donegal have renewed an appeal for information surrounding the death of Andrew Burns from Strabane.

Andrew Burns was 27-years-old when he was shot in a church in Castlefin on 12th February 2008.

One person has been convicted of this murder, however Gardaí believe that a number of people were involved in the incident. Martin Kelly, also from Strabane, was jailed for life in 2012 for his part in the murder.

On this 10 year anniversary of the murder, Gardai are appealing for anyone with information to come forward.

The appeal recalls details of that night: Between 7.05pm and 7.15pm on the 12/2/2008, a number of young people from the village of Clady were walking the half mile journey to the village of Donnyloop, Castlefin, Co. Donegal.

As they approached Donnyloop, they heard gunshots. Moments later, they observed a man staggering in the roadway of Donnyloop village. A man was seen running towards the nearby church car park.

Two cars were then seen leaving Donnyloop, travelling back towards Northern Ireland in the direction of Clady village. One of these vehicles is described as a black car or a really dark red car, while the second is described as a silver coloured car.

The man who had been staggering fell to the ground in the middle of the roadway. He was attended to by the young walkers and a number of other passers-by, who came upon the scene. It was discovered that this man, had received gunshot wounds. He was subsequently identified as Mr Andrew Burns. He was pronounced dead at 7.58pm on 12th February 2008.